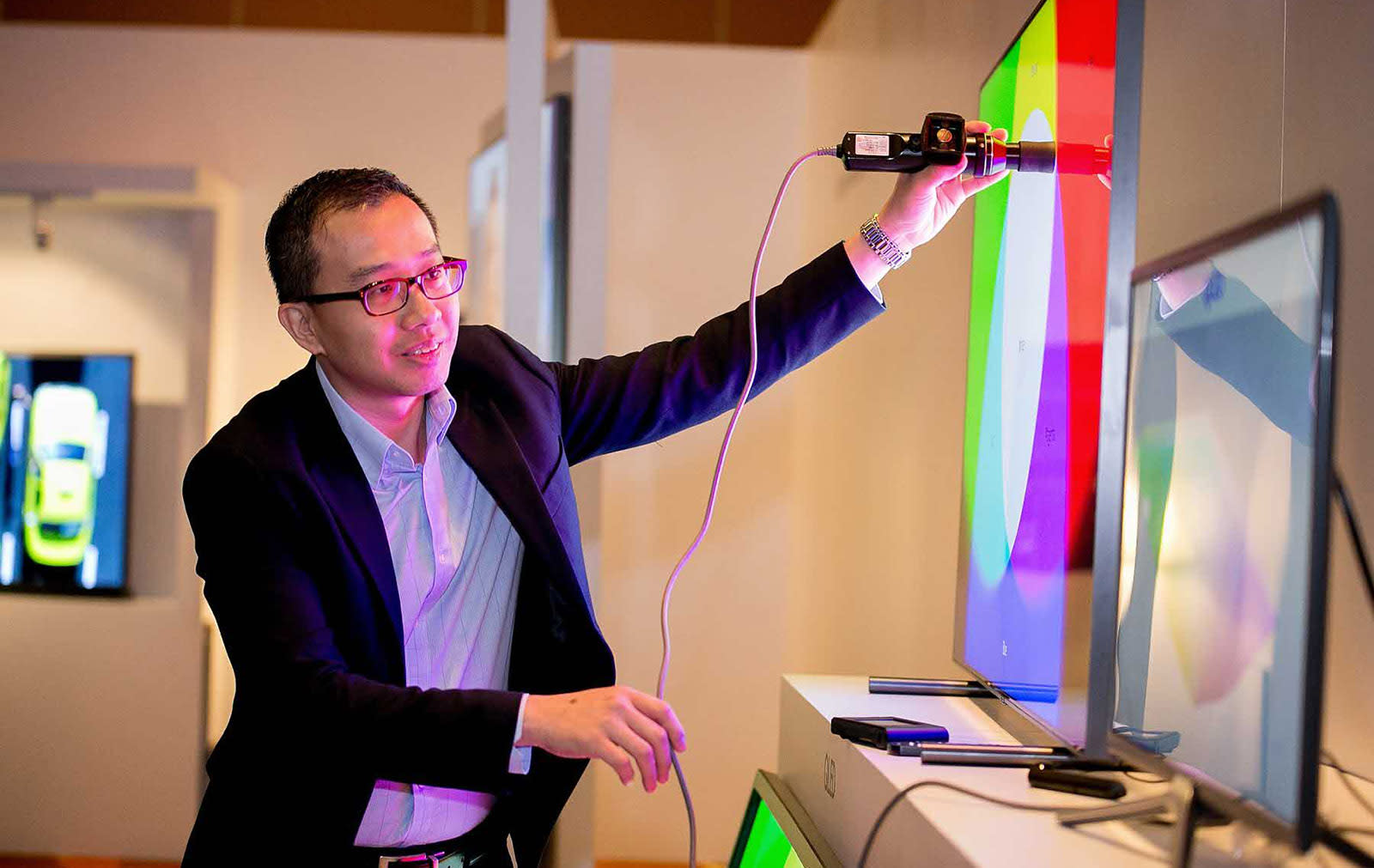 For video pros or color aficionados who want to see films the way they were intended, HDR's extra-wide color gamut is a godsend. However, calibrating HDR TVs is a tedious pain, forcing you to futz with onscreen menus using a clumsy remote. If you're serious about it and have the budget, however, Samsung has teamed with Portrait Displays, letting QLED Q9, Q8 and Q7 owners automatically calibrate their TVs using a SpectraCal or equivalent colorimeter.

To set up your QLED's HDR color automatically, you hold the $650 or so SpectraCal C6 or equivalent colorimeter against the screen as shown above. Using AutoCal software installed on a computer that's connected to the QLED TV, you can then automatically adjust the menu settings and autocalibrate the color "with just a few simple clicks," Samsung says.

Samsung says the QLED sets "are the world's first TVs that support autocalibration for high dynamic range (HDR) picture quality." That'll be especially handy for video, CG or color timing professionals who may use TVs as primary or client monitors. It'll also be a good way to ensure that you're seeing your Netflix or 4K Blu-ray HDR film exactly as the director intended.

Samsung's new QLED TVs are not the cheapest out there, nor necessarily the best, though -- we found that the much less pricey Vizio M-series sets have deeper blacks, for instance. (Samsung's 65-inch Q7C QLED costs $3,900 compared to $1,500 for the Vizio M-Series 65-inch model.) If you're willing to spend that kind of money, you might want to instead splurge on OLED models from Sony or LG -- and just pay someone to calibrate it for you.

In this article: applenews, av, Calman, Colorimeter, gear, Graphics, HDR, samsung, SpectraCal, VideoEditing
All products recommended by Engadget are selected by our editorial team, independent of our parent company. Some of our stories include affiliate links. If you buy something through one of these links, we may earn an affiliate commission.