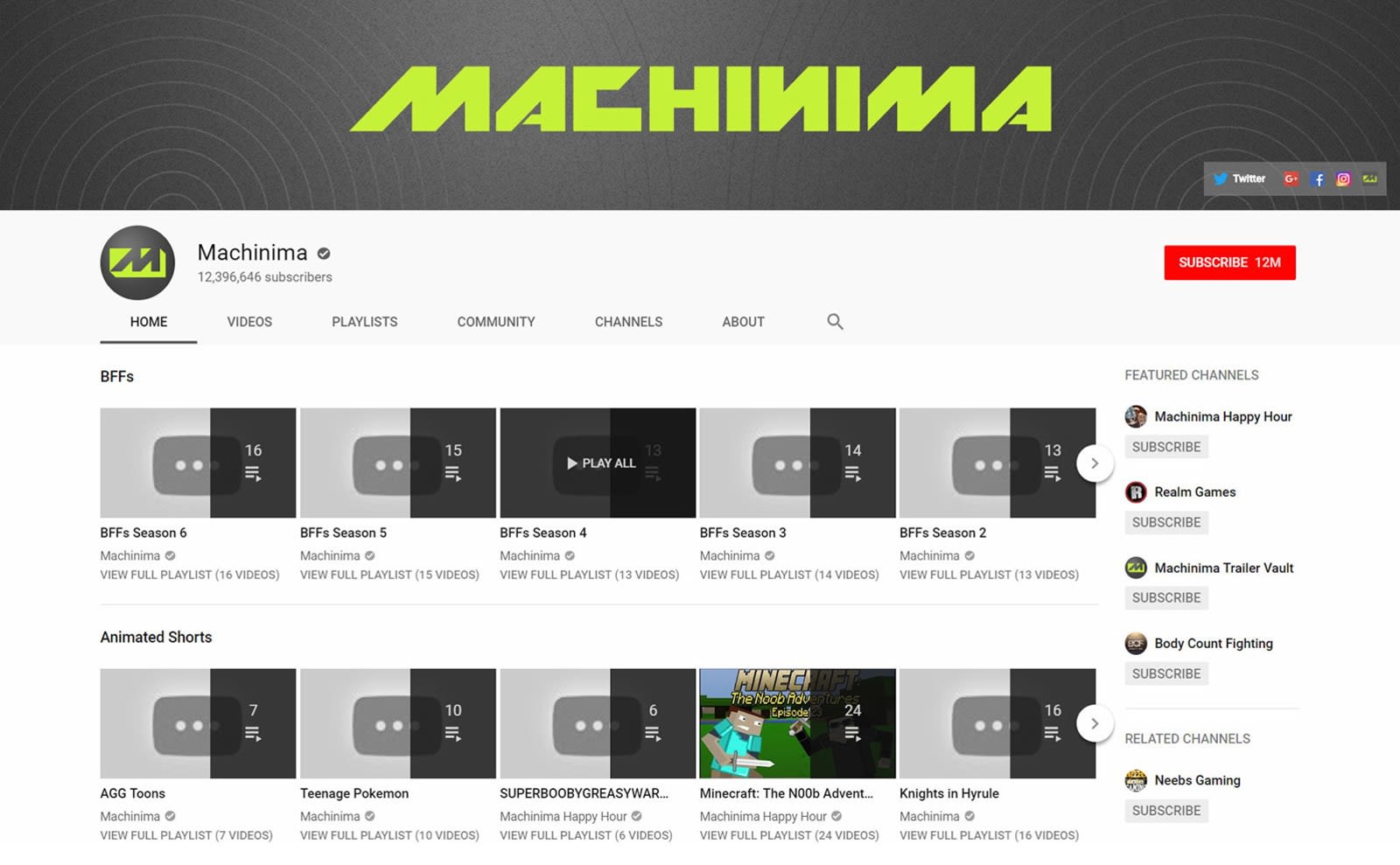 Machinima's YouTube gaming channel has been essentially scrubbed from the internet, as most videos on the site have been set to private and unplayable. Neither video creators nor users of the channel were notified, Kotaku reported, so the news sent a shockwave around the gaming and streaming communities. "Wow, they finally went ahead and deleted everything we've done," tweeted Ricky Hayberg, aka @RickyFTW. "Seven-plus years of work... lost to the sands of time #RIPMachinima."

Wow... they finally went ahead and deleted everything we'd ever done.
7+ Years of work... lost to the sands of time. #RIPMachinima

Make sure you're subbed to our new channel that we started after leaving Machinima last june - https://t.co/CdswejOfLJ - thanks pic.twitter.com/H8MEVGHaCq

The last several years have been pretty eventful for Machinima. It was acquired in 2016 by Warner Digital Networks, which was in turn bought by AT&T in the summer of 2018. The channel was subsequently shuttled over to AT&T's Fullscreen, a service operated by Otter Media.

"We are focused on creating new content with the Machinima team, which will be distributed on new channels to be announced in the coming months," Otter Media told Kotaku. "In the meantime the Machinima network of creator channels continues to showcase the talents of the network. As part of this focus on new content, we have pivoted from distributing content on a handful of legacy operated channels."

Though Machinima's multi-channel network model has become increasingly irrelevant to YouTubers, the sudden cutoff was still rude for many creators. Jeremy Azevedo called it a "massive kick in the dick to everyone [who] ever contributed to those brands."

Otter Media really just went and deleted Machinima, Happy Hour, Respawn, Realm, Prime, Inside Gaming, ETC, everything. Jesus H, what a massive kick in the dick to everyone that ever contributed to those brands. pic.twitter.com/btem0WhAys

Via: Kotaku
Source: Machinima
In this article: att, av, Channel, gaming, Machinima, Private, Streaming, YouTube
All products recommended by Engadget are selected by our editorial team, independent of our parent company. Some of our stories include affiliate links. If you buy something through one of these links, we may earn an affiliate commission.