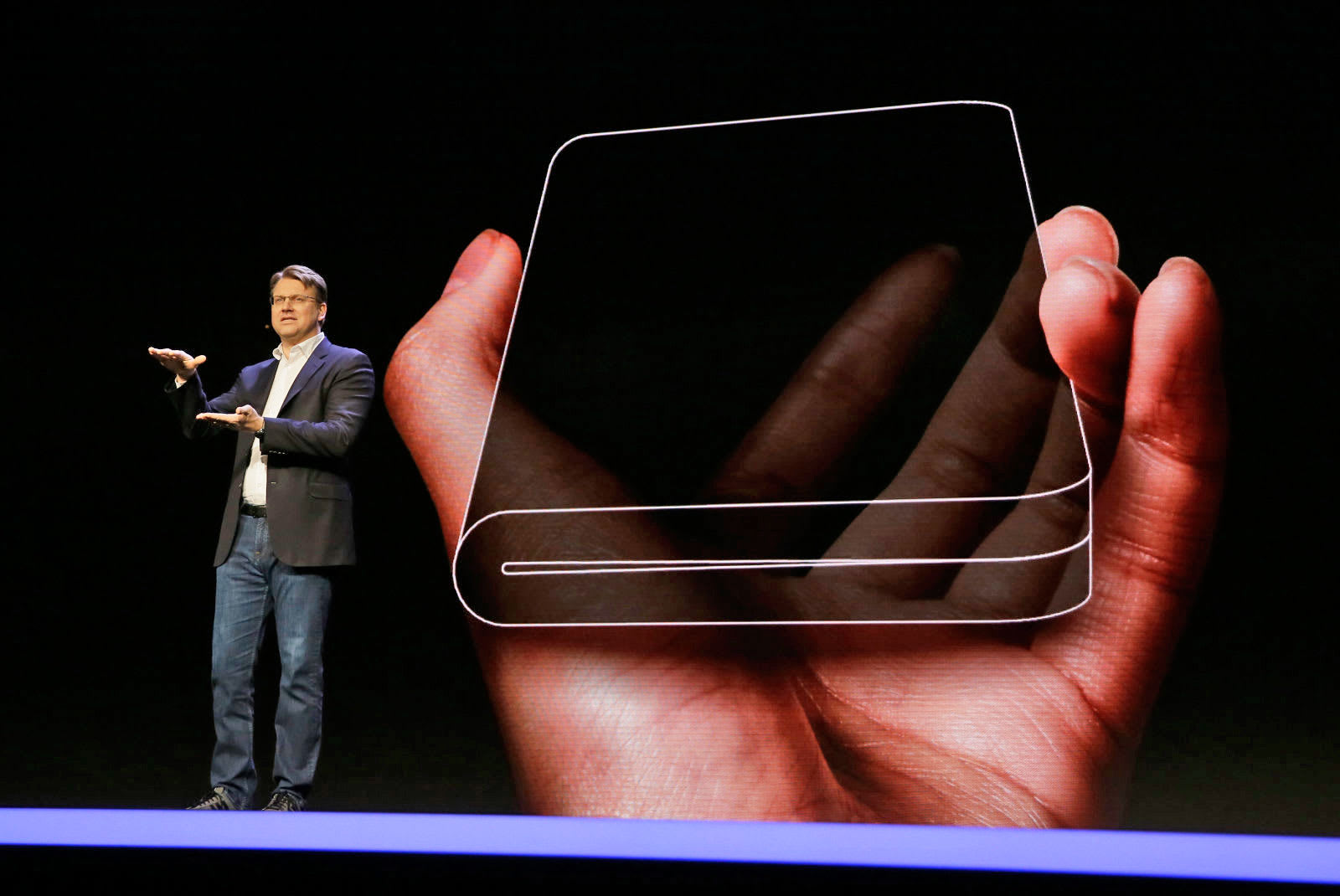 Many of us with more than a passing knowledge of phones know Samsung is all but certain to reveal more about its foldable handset next week. Until then, it knows it has something significant to show off, and it's trying to build hype for its Unpacked event. It's like a relative who got you a cool gift for your birthday, and can't stop excitedly babbling without actually telling you what it is (even if it is a "gift" that could cost you over $1,700).

Case in point: Samsung's latest teaser opens with Korean text that bends and curves before the words "The Future Unfolds" unfurl in English. It also includes a prominent number 10 -- Samsung is expected to unveil three models of the Galaxy S10 next week.

It's not the first time Samsung has used a Korean ad outside of Asia for Unpacked. In Paris last month, it had a prominent ad that read "unfolding the future" and "February 20th" in the language.

Samsung first revealed its foldable tech in November with a demo of a device that converted from a tablet into a phone format. But the company dimmed the lights and kept it inside a case, meaning we didn't get much of a sense of what it looks like. How much we'll actually learn about the foldable phone next week remains to be seen, but there's at least something Samsung is dying to showcase.

Source: Samsung (YouTube)
In this article: foldable phone, galaxy s10, gear, mobile, samsung, samsung galaxy s10, samsung unpacked, tomorrow, unpacked 2019
All products recommended by Engadget are selected by our editorial team, independent of our parent company. Some of our stories include affiliate links. If you buy something through one of these links, we may earn an affiliate commission.