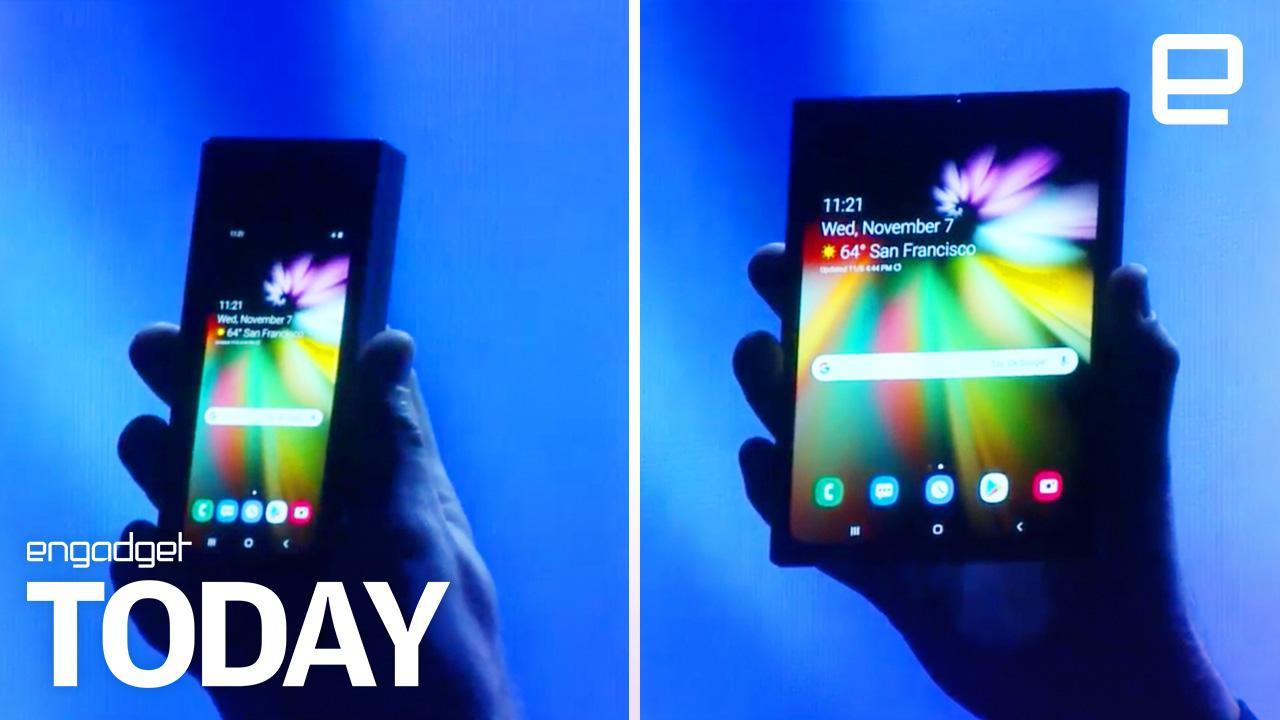 Less than a week since Samsung unveiled its "Infinity Flex" display for its upcoming bendy smartphone, a new report from South Korea claims to know the name, price and release date of the device. The Yonhap News Agency's industry sources suggest the phone will be dubbed the "Galaxy F" -- a name that's been floated about before, along with "Galaxy X" -- and will debut in March, around a month after a 5G-enabled S10. But it won't come cheap: Yonhap believes the bendy phone will be an exclusive device that could cost as much as $1,770, though it adds the company hasn't "settled" on a price.

Samsung, however, is keeping quiet this far ahead of launch. Last week, its mobile division's CEO, DJ Koh, said it plans to ship a million foldable devices in 2019. Thus far it's only revealed a prototype that looks like a regular smartphone (albeit bulkier), until it unfolds like a book into a 7.3-inch display that acts like a tablet. The "Infinity Flex" display uses panel bending tech, along with a new protective layer and an advanced polymer that's both flexible and tough. If it's a success, it may lead to more foldable gadgets from the company, including that rumoured folding Note phone and flexi-laptop displays.

In this article: AOLoriginals, DailyShow, Engadget, EngadgetToday, EngadgetVideo, entertainment, foldablephone, gear, infinityflex, mobile, samsung
All products recommended by Engadget are selected by our editorial team, independent of our parent company. Some of our stories include affiliate links. If you buy something through one of these links, we may earn an affiliate commission.