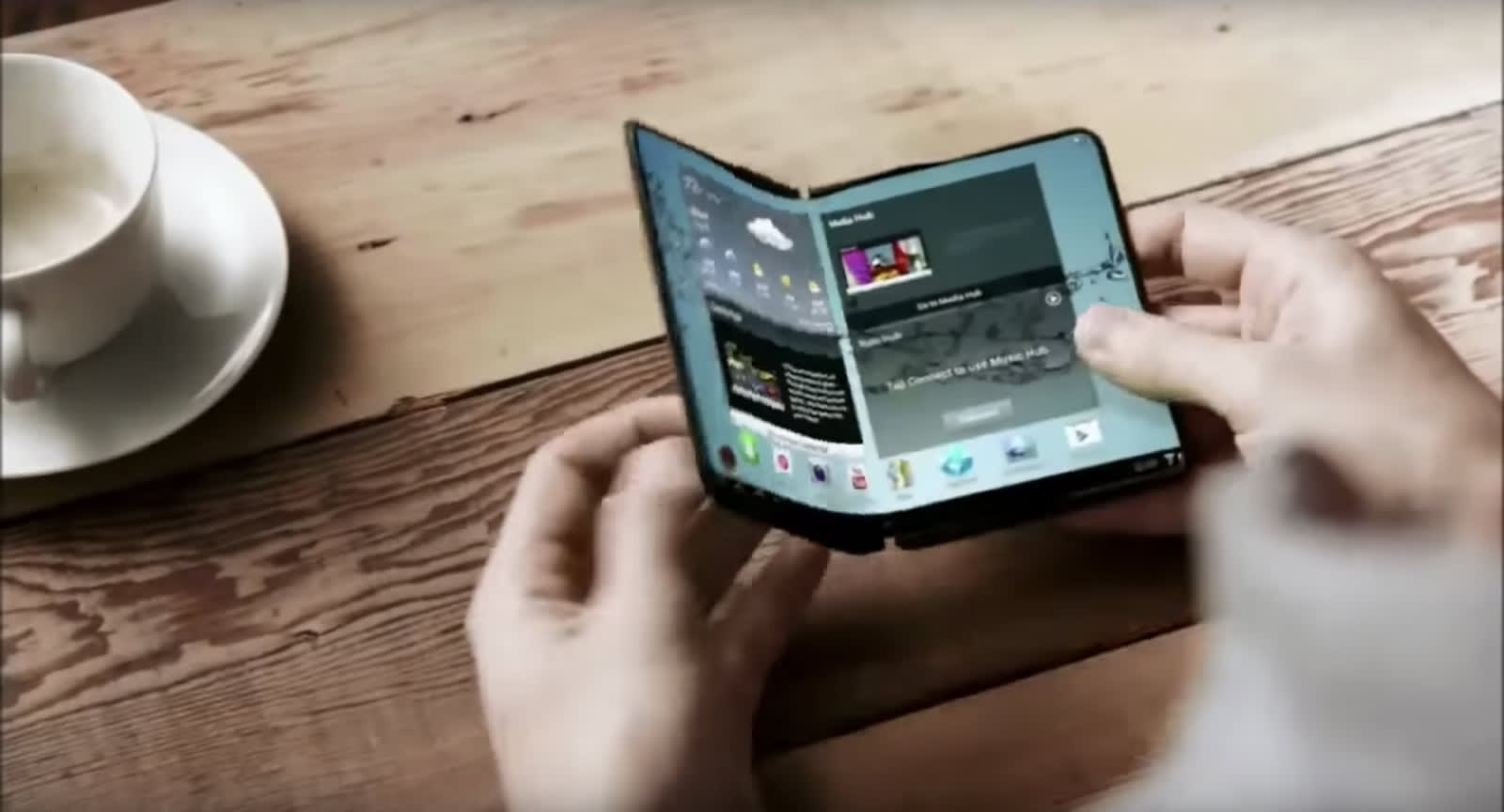 Samsung has spent years talking up its upcoming foldable smartphone which, depending on who you ask, is dubbed either the Galaxy F or Galaxy X. But why stop there? Why not bring the bendy magic to other gadgets-with-a-screen? Well, it's doing exactly that, according to a Samsung exec. And next in line to get a foldable makeover is the company's laptops.

"Like foldable smartphones, Samsung is collaborating with display makers to develop laptops with foldable displays that will not just simply fold in and out but create new value and user experience," said Lee Min-cheol, VP of marketing for PCs at Samsung.

Lee made the comments during a showcase for Samsung's decidedly less exciting new "Flash" laptops in Seoul, Korea, reports The Korea Herald. He added that Samsung is currently working to develop large AMOLED displays for laptops with panel makers. An industry leader in the OLED space, it also recently previewed an "unbreakable" flexible OLED display.

This year, the Korean electronics giant has released a Surface challenger in the guise of the Notebook 9 Pen: a 2-in-1 hybrid laptop/tablet that weighs just 2.2 pounds. A folding form factor would help it stand apart from rivals Microsoft and Google.

But details on the new device are currently scarce. Let's just hope Samsung doesn't end up teasing this release for several years, like it did its foldable handset (pictured above in a concept video screenshot) -- which is finally set to drop in 2019, barring any delays. A simultaneous bendy laptop release would be a mouth-watering prospect.

In this article: amoled, foldable, gear, personal computing, personalcomputing, samsung
All products recommended by Engadget are selected by our editorial team, independent of our parent company. Some of our stories include affiliate links. If you buy something through one of these links, we may earn an affiliate commission.