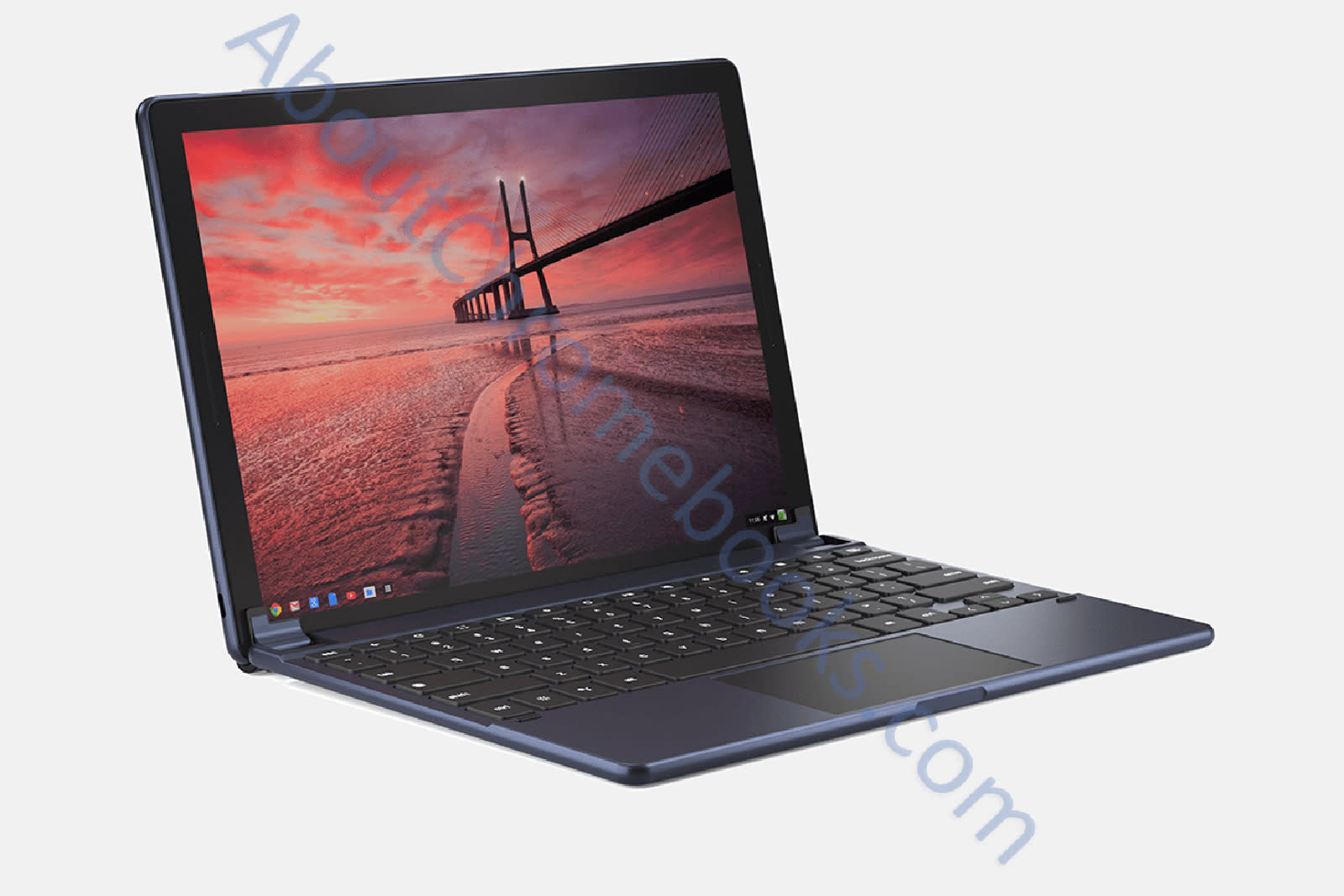 If you suspect that Google might have more to show at its October 9th event than the Pixel 3 series and the Home Hub, your theory could be well-founded. About Chromebooks has discovered a Chrome OS tablet keyboard from Brydge that includes an image of what appears to be Nocturne, a likely Google-made tablet that has appeared in Chromium code for the past several months. While there is a chance that it's just a render, there are hints that this isn't just a flight of fancy.

Most notably, there's a fingerprint reader stealthily included on the top of the tablet -- this lines up with both Nocturne's specs and a fingerprint enrollment image discovered in Chrome OS just days ago. The USB-C port on the lower left side also matches hints of two USB-C connections (the other would be on the right side). And the screen's tall aspect ratio would match Nocturne's 2,400 x 1,600 resolution -- conveniently the same as what you'd find on today's Pixelbook laptop.

The future Google device is also expected to have pogo pins for detachable keyboards and multiple microphones for echo cancellation (visible in this image). Another tablet, Atlas, could also be in the works with a 4K display.

Provided this is accurate, there's a distinct possibility you'll see this device (or something like it) at Google's event. It would certainly make sense given recent developments. Chrome OS tablets are still comparatively new, and Google may want a Pixelbook-style tablet to serve as both an attention-getting halo model and a reference for other manufacturers.

In this article: brydge, chromeos, gear, google, nocturne, personal computing, personalcomputing, pixelbook, tablet
All products recommended by Engadget are selected by our editorial team, independent of our parent company. Some of our stories include affiliate links. If you buy something through one of these links, we may earn an affiliate commission.