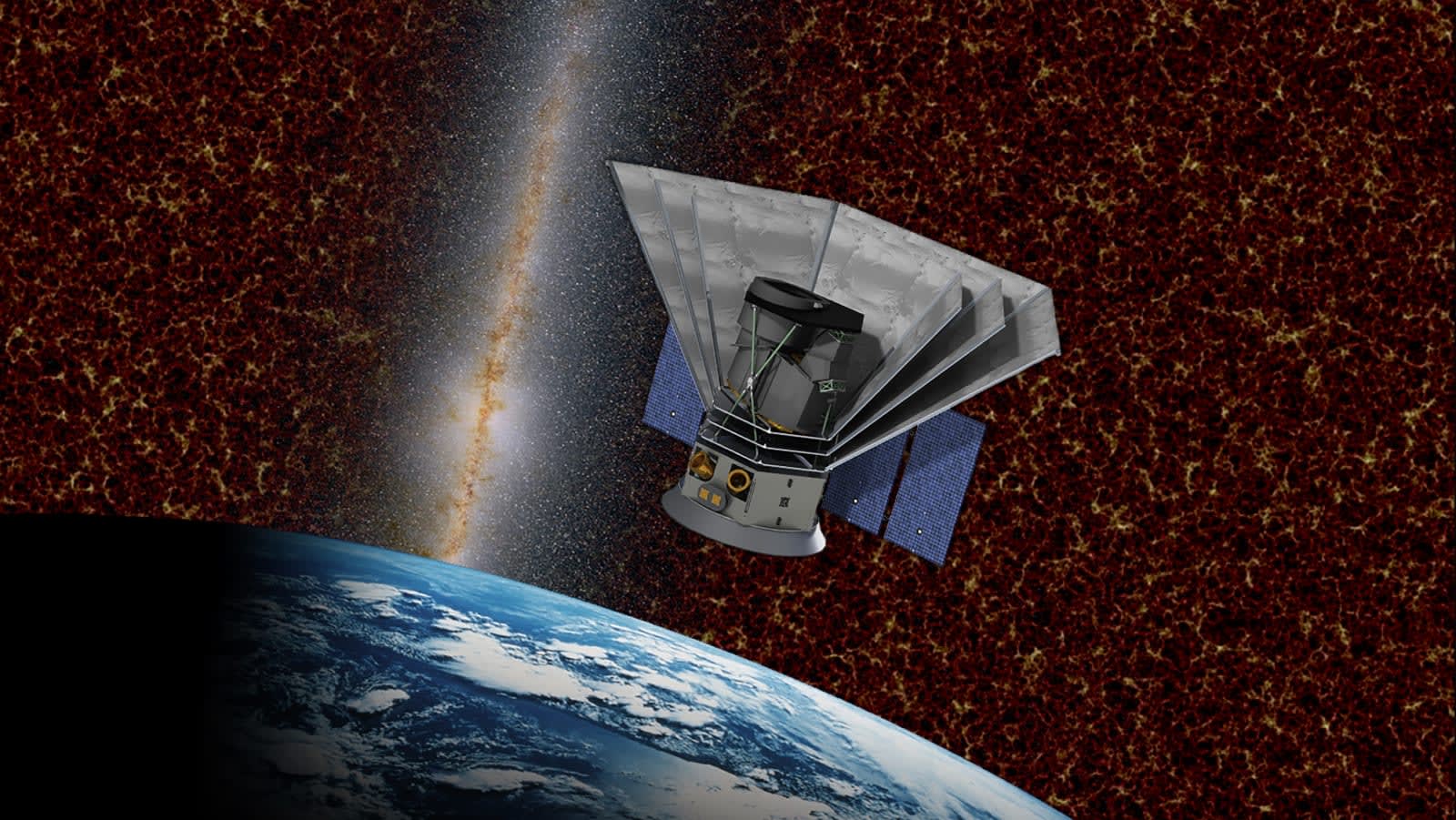 NASA has announced a new space telescope mission dedicated to understanding the origins of life and the universe. It's called the Spectro-Photometer for the History of the Universe, Epoch of Reionization and Ices Explorer or SPHEREx, for short. The space agency is aiming for a 2023 launch and has already earmarked $242 million for the project, not including launch costs, which is supposed to last for at least two years.

Once SPHEREx is already in orbit, it will observe and collect data on over 300 million galaxies, some as far as 10 billion light-years away from Earth, and 100 million stars in our own Milky Way every six months. It will use technologies adapted from Earth satellites and Mars spacecraft to survey the sky in optical and near-infrared light. Since it will use 96 wavelengths in all, it will give NASA a way to create an extremely detailed sky map with a resolution that's much, much higher than previous ones.

The space telescope's main goals, though, are to search for water and organic molecules within the Milky Way. It will also look for those ingredients of life in regions where stars are born, as well as in disks around stars forming new planets. By training the telescope's eye beyond our galaxy, NASA is hoping to find more clues on how our universe formed and evolved.

"This amazing mission will be a treasure trove of unique data for astronomers. It will deliver an unprecedented galactic map containing 'fingerprints' from the first moments in the universe's history. And we'll have new clues to one of the greatest mysteries in science: What made the universe expand so quickly less than a nanosecond after the big bang?"

Source: NASA
In this article: NASA, space, spherex, tomorrow
All products recommended by Engadget are selected by our editorial team, independent of our parent company. Some of our stories include affiliate links. If you buy something through one of these links, we may earn an affiliate commission.