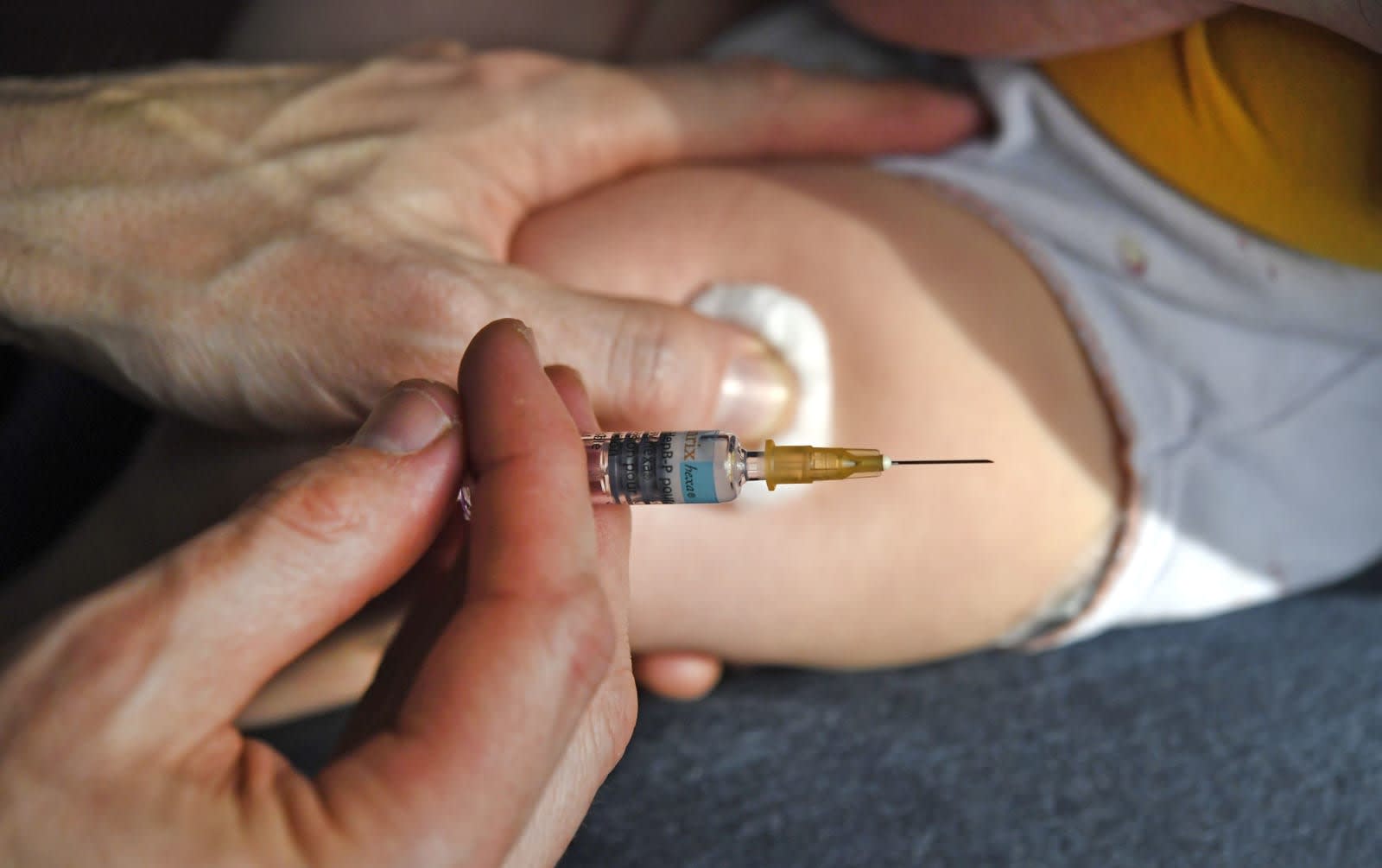 Facebook is "exploring additional measures" to fight anti-vaccine disinformation, according to Bloomberg. Content discouraging parents from vaccinating their children has been rampant on the site, particularly in Facebook Groups, and may have contributed to a measles outbreak in Washington State. That caught the attention of US Representative Adam Schiff, who wrote a letter to Facebook and Google asking them to address the problem.

Schiff noted that Facebook is surfacing and recommending messages that may pose a threat to public health. For instance, the Guardian recently reported that Facebook was accepting and promoting ads from anti-vax groups. "Repetition of information, even if false, can often be mistaken for accuracy," he wrote. "The algorithms which power these services are not designed to distinguish quality information from misinformation."

Facebook said that it's "exploring additional measures to best combat the problem," including "reducing or removing this type of content from recommendations, including 'Groups You Should Join,' and demoting it in search results, while also ensuring that higher quality and more authoritative information is available."

The resurgence of measles is of serious concern, with extended outbreaks occurring across regions, and particularly in countries that had achieved, or were close to achieving measles elimination.

Google recently said YouTube would restrict video recommendations that "could misinform users in harmful ways," including anti-vaccine videos. It also said recently that would provide links alongisde videos on "historical and scientific topics that have often been subject to misinformation." Until recently, anti-vax videos topped results for "vaccine" searches, but the top results now appear to be from sites like Last Week Tonight attempting to dispel vaccination myths. However, Robert F. Kennedy's widely debunked anti-vax documentary is still in the top 10.

The CDC notes that vaccines have been proven safe and effective and only result in minor side effects. However, avoiding them can put not just your own children but others at risk, particularly small babies who have yet to be inoculated. "Without urgent efforts to increase vaccination coverage ... we risk losing decades of progress in protecting children and communities," said Unicef's Dr. Soumya Swaminathan.

Comments to this article have been closed due to numerous violations of our rules and guidelines including insults, name-calling, xenophobia, racism, and off-topic conversation.

Source: Bloomberg
In this article: Anti-vaccine, Congress, entertainment, facebook, Google, medicine, recommendations, Search, tomorrow
All products recommended by Engadget are selected by our editorial team, independent of our parent company. Some of our stories include affiliate links. If you buy something through one of these links, we may earn an affiliate commission.