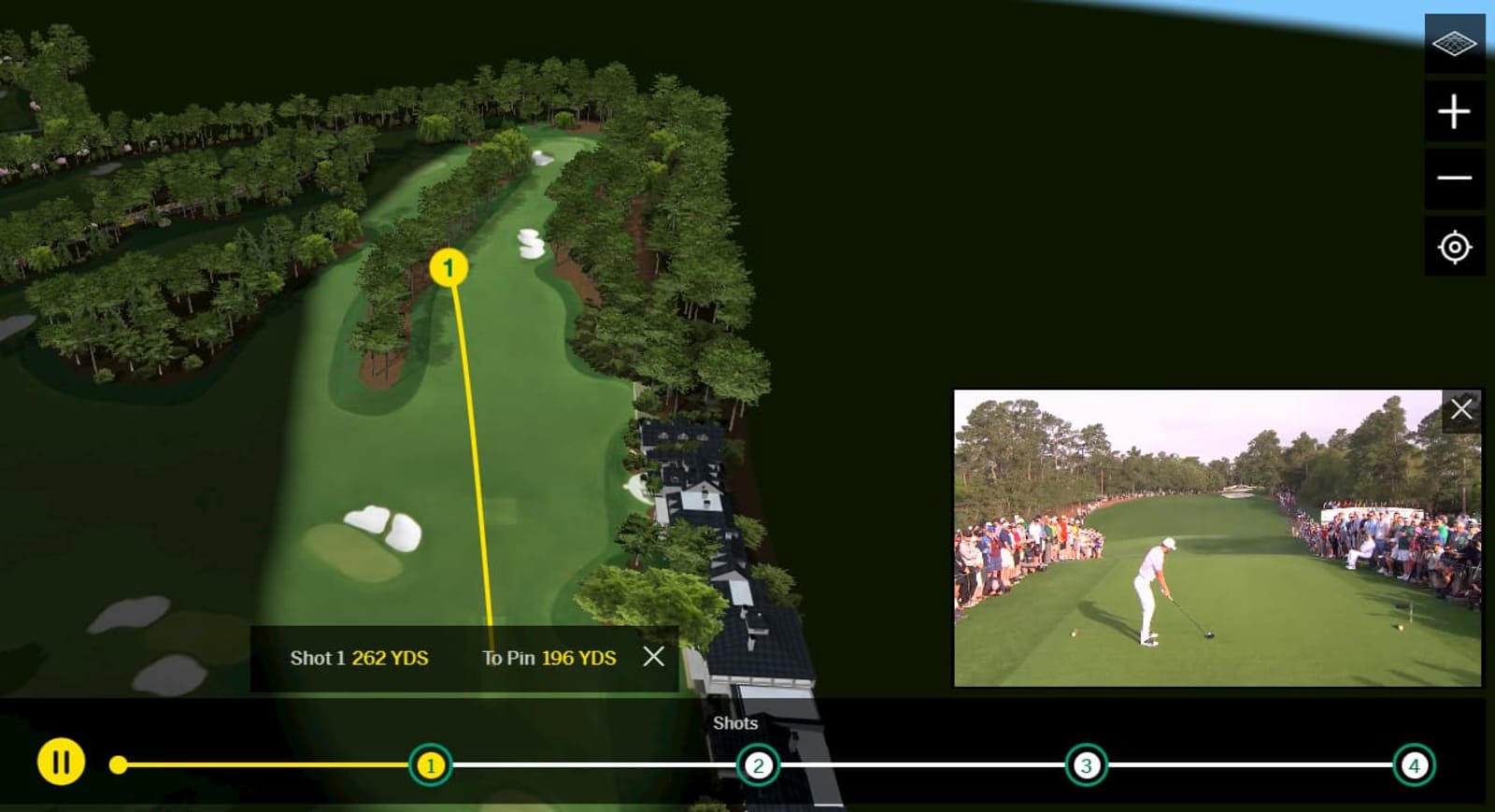 Golf fans who are planning to watch the Masters this weekend will have yet more ways to check out the action. For the first time at a golf tournament, practically every one of the more than 20,000 shots from the first major of the year will be available to view on the Masters website and app within five minutes of a player striking the ball.

While these videos won't be live, you'll essentially be able to watch full rounds from the likes of Tiger Woods, Rory McIlroy and Jordan Speith without such trivial matters as watching them walk between shots. There is a caveat in that cameras might not capture shots in some instances, such as those from unusual lies, or if a group's tee shots end up in wildly different spots.

The Masters attracts sports aficionados who might not typically watch golf as well as devotees, so it's a high-profile way to debut this technology after a few years of development. It should be especially useful over the first two days when the field is at its most expansive, and a player might be unexpectedly putting together a killer round and rampaging up the leaderboard when they aren't a focus of the TV broadcast. However, fans who are attending the Masters in person will have to stay content with play going on around them -- cell phones aren't permitted on the Augusta National course.

Meanwhile, IBM is using AI to automatically stitch together three-minute highlight reels of rounds. The Watson supercomputer will observe "excitement levels of sound, visual content and motion " in celebrations and crowd noise to figure out which are the most significant and exciting shots. It will also look at factors like ball location, shot length, hole yardage and whether a ball landed in water or sand to help it determine the most interesting moments.

Via: Associated Press, Golf Digest
Source: The Masters, IBM
In this article: ai, artificial intelligence, artificialintelligence, gadgetry, gadgets, gear, golf, highlights, ibm, jordan spieth, jordanspieth, masters, rory mcilroy, rorymcilroy, supercomputer, the masters, themasters, tiger woods, tigerwoods, watson
All products recommended by Engadget are selected by our editorial team, independent of our parent company. Some of our stories include affiliate links. If you buy something through one of these links, we may earn an affiliate commission.