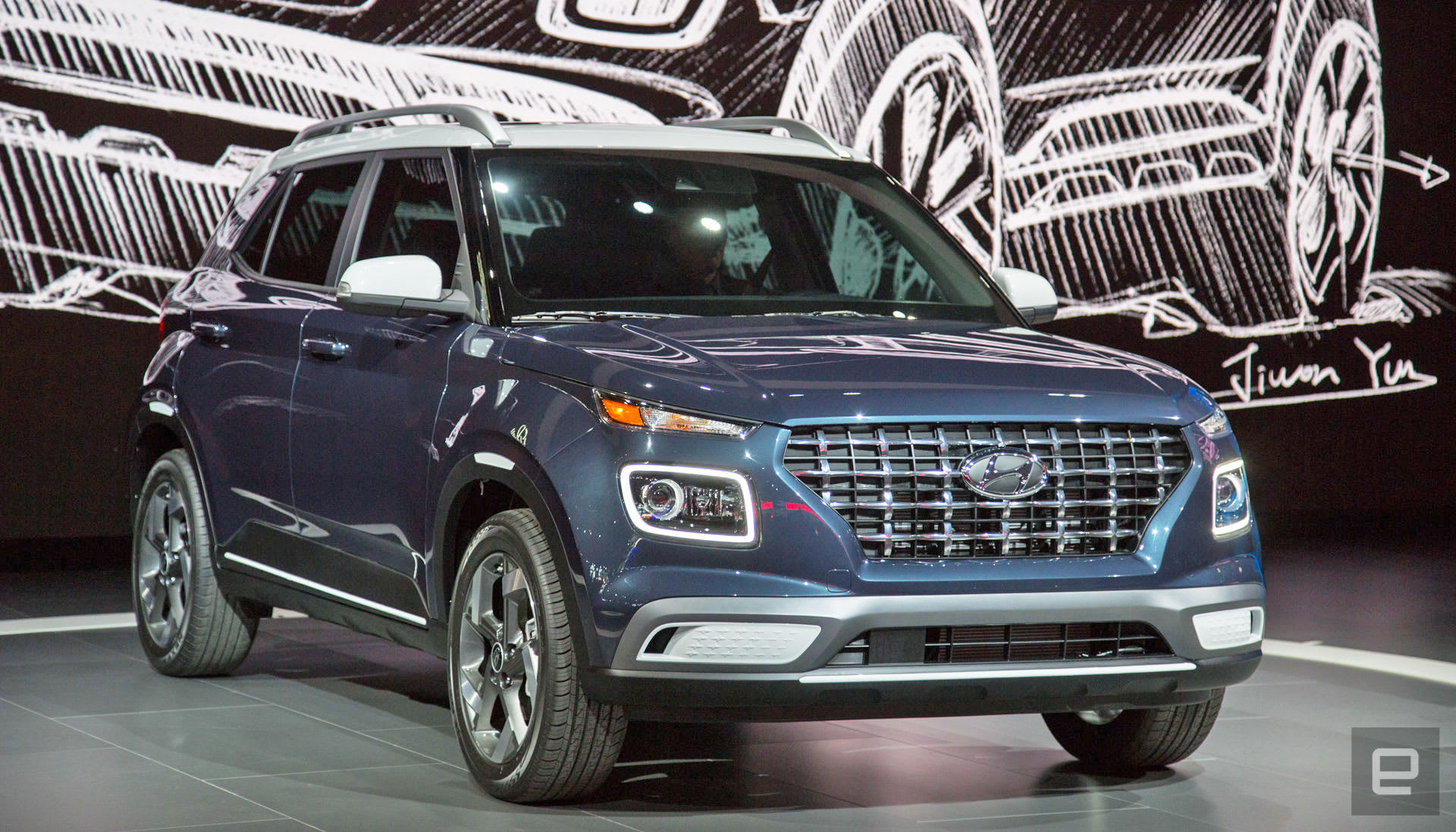 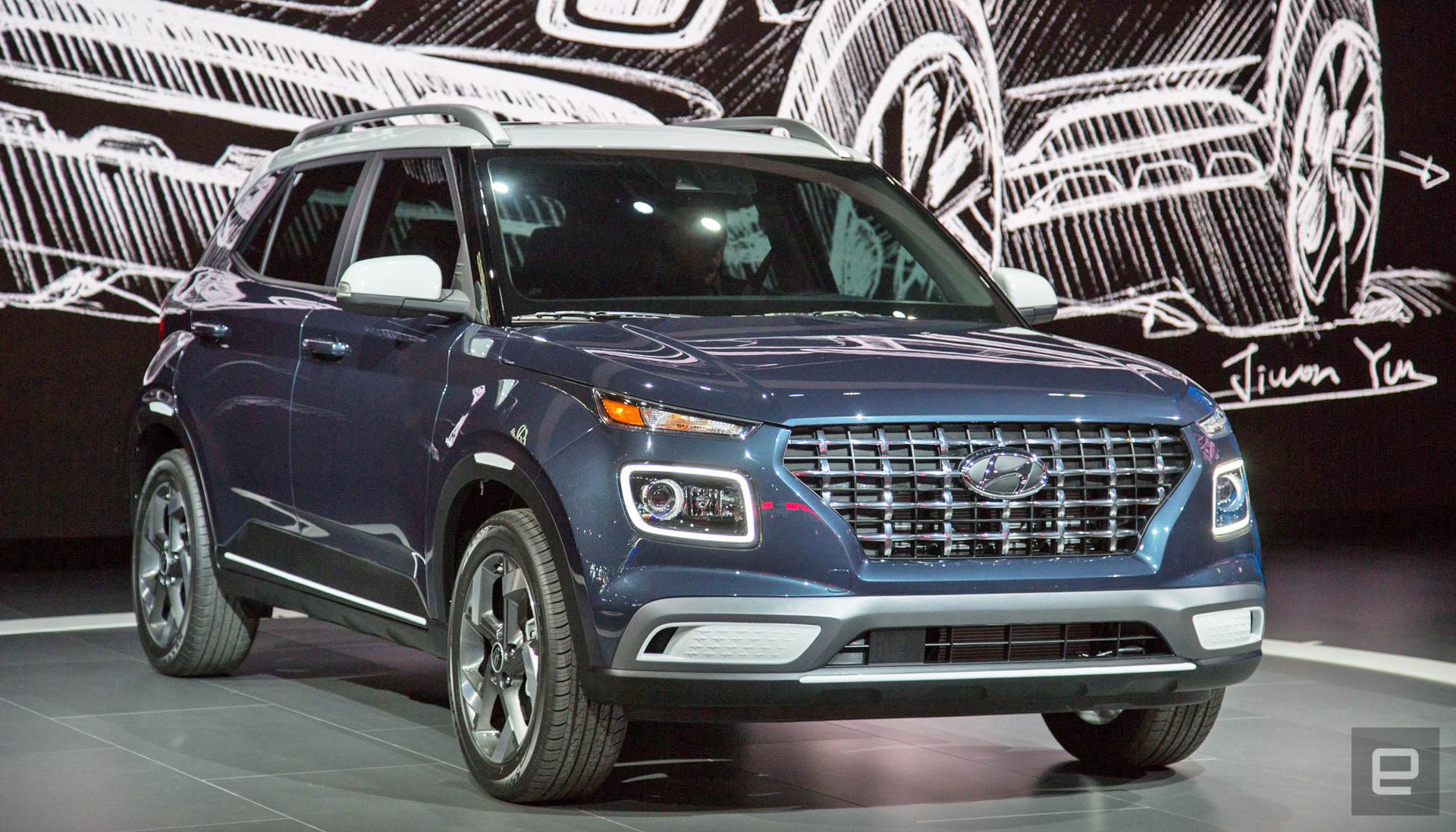 Both the gas and electrified Hyundai Kona are great vehicles. But maybe it's just a tad too big for you? If that's the case, the automaker just unveiled the Hyundai Venue. An entry-level SUV with an odd name. The 1.6-liter four-cylinder Venue will be Hyundai's cheapest vehicle when it goes on sale in the fourth quarter of 2019. It'll come with a Smartstream IVT (Intelligent Variable Transmission) or six-speed manual transmission. Nice.

It's also about five inches shorter than the Kona. For anyone that lives in an urban environment where parking is an issue, this could be the difference between fitting in a spot and driving around for 20 more minutes.

I got a chance to drive the Venue while touring Hyundai's facility in Korea with the World Car Awards (I'm a juror). During my very brief time behind the wheel, I got to toss it around a slalom course which is handled pretty well for an entry-level small SUV. Meanwhile, its acceleration was on par with other entry-level vehicles like the Nissan Kicks.

But the interior was a bit more refined than some of the other entry-level SUVs it'll be competing against. It felt cozy without feeling claustrophobic and I fit in the back seat as long as the front seat was pushed up about halfway. Plus, there seemed to be a surprising amount of rear cargo space. Hyundai says it has 18.7 cubic feet of space with the rear seats up.

Hyundai hasn't announced a price yet. So either it'll be a slightly costlier small crossover or it'll be priced right up against those other vehicles.

For the safety conscious, the Venue comes standard with a host of standard features that should keep your self-preservation instinct happy including lane keep assist, forward collision assist, driver attention warning and rear collision cross-traffic warning. The front-wheel-drive crossover also has a snow mode. Although I doubt it'll be enough to appease the highway police when chain restrictions are in place during storms.

As for the name, Hyundai said it "references a place people want to be seen in." The Venue is a sharp looking little SUV, but it's not exactly the coolest night club in town. Still, most car names are ridiculous. What does Civic or Le Sabre even mean in relation to cars?

So Venue it is and I'll have a better idea of how it performs in the real world once it's available near the end of the year.

In this article: crossover, gadgetry, gadgets, gear, hyundai, hyundai venue, New York Auto Show 2019, suv, transportation, venue
All products recommended by Engadget are selected by our editorial team, independent of our parent company. Some of our stories include affiliate links. If you buy something through one of these links, we may earn an affiliate commission.