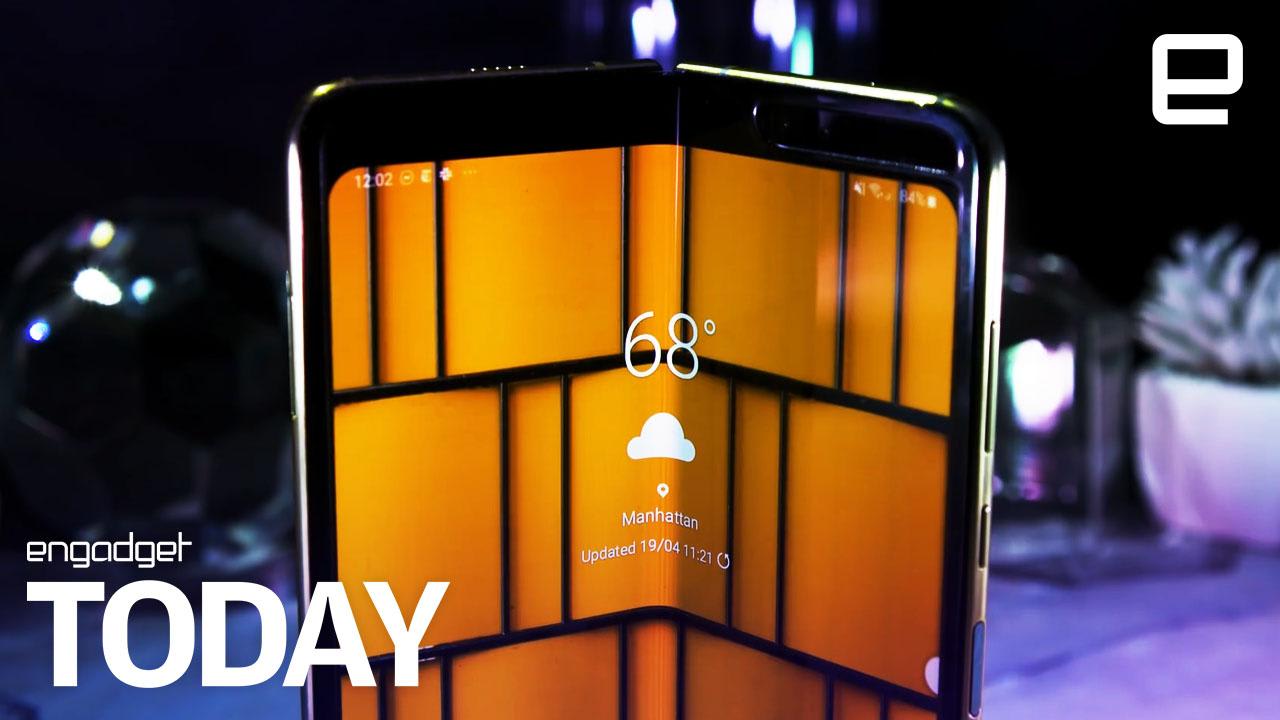 Those rumors of Samsung delaying the Galaxy Fold have quickly proven true. Samsung has issued a statement to Engadget saying it would "delay the release" of the Fold after reviewers' broken units showed how the device needed "further improvements." Impacts on the top and bottom exposed areas of the hinge appeared to create problems based on early data, the company said, while substances that got into the device also "affected performance." Samsung planned to strengthen the display protection and "enhance the guidance" on care for the display to prevent people from removing the vital top layer of the screen.

If you're looking for a new release date... well, you won't get one for a while. Samsung plans to announce a new release date in the "coming weeks," which suggests that the rumored no-earlier-than-May time frame was accurate, if not optimistic.

The company was still upbeat about the Galaxy Fold, calling it the start of a "completely new mobile category" and remaining devoted to working with others to "move the industry forward." However, it's hard to characterize this as anything other than a serious gaffe for Samsung. The Fold is supposed to represent the peak of Samsung's mobile technology, but it's suffering from glitches before it has even reached the hands of everyday customers -- and it won't reach those customers for a while.

"We recently unveiled a completely new mobile category: a smartphone using multiple new technologies and materials to create a display that is flexible enough to fold. We are encouraged by the excitement around the Galaxy Fold.

"While many reviewers shared with us the vast potential they see, some also showed us how the device needs further improvements that could ensure the best possible user experience.

"To fully evaluate this feedback and run further internal tests, we have decided to delay the release of the Galaxy Fold. We plan to announce the release date in the coming weeks.

"Initial findings from the inspection of reported issues on the display showed that they could be associated with impact on the top and bottom exposed areas of the hinge. There was also an instance where substances found inside the device affected the display performance.

"We will take measures to strengthen the display protection. We will also enhance the guidance on care and use of the display including the protective layer so that our customers get the most out of their Galaxy Fold.

We value the trust our customers place in us and they are always our top priority. Samsung is committed to working closely with customers and partners to move the industry forward. We want to thank them for their patience and understanding."

Source: Samsung Newsroom
In this article: android, AOLoriginals, daily show, delay, engadget, Engadget Today, engadget video, entertainment, foldable display, foldable phone, galaxy fold, gear, mobile, samsung, smartphone, thebuyersguide
All products recommended by Engadget are selected by our editorial team, independent of our parent company. Some of our stories include affiliate links. If you buy something through one of these links, we may earn an affiliate commission.