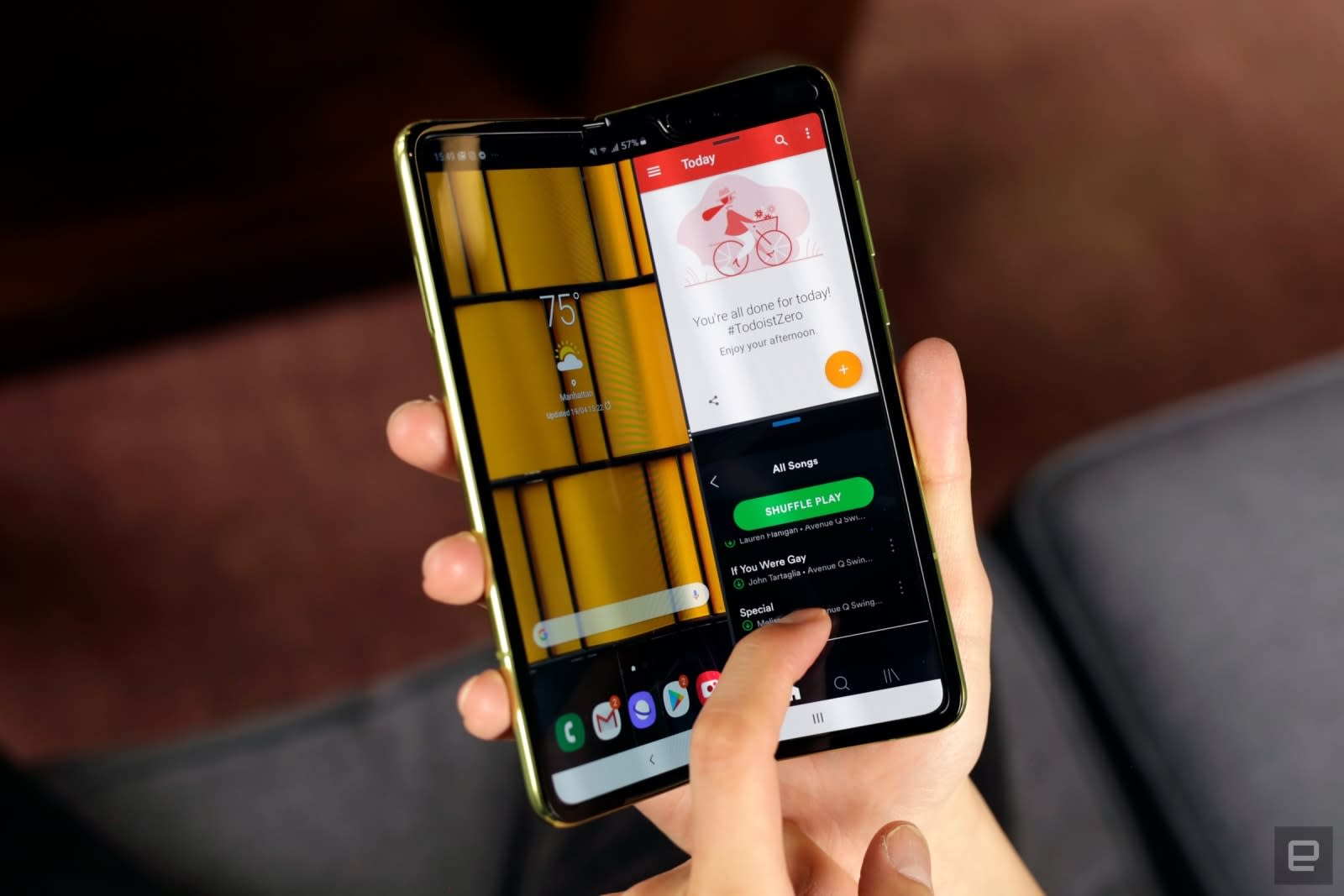 If you were jittery about reports of broken Galaxy Fold review units, you might not be the only one. Wall Street Journal sources claim Samsung has delayed the release of the folding smartphone until "at least" May after reviewers mentioned display issues. A new time frame is due in the "coming weeks," according to the insiders. Samsung has reportedly linked the problems to the Fold's hing and extra pressure on the 7.3-inch internal screen.

We've asked Samsung for comment. However, the apparent scoop comes hours after the tech giant postponed launch events in Hong Kong and Shanghai.

The display problems have varied. Some were the result of a misunderstanding about the Fold's main display -- reviewers mistakenly assumed a layer on top was a screen protector they could peel off, and review units didn't include the disclaimer warning them against trying to remove that layer. Other issues, however, weren't so simple. The Verge's Dieter Bohn, for instance, saw a bulge develop that eventually broke numerous pixels. While failures like that aren't necessarily representative of the phones everyday users will get (our unit was fine), Samsung clearly doesn't want to take chances -- it already knows the consequences of selling defective hardware.

Delay or not, the rough launch doesn't bode well for the first generation of phones with folding displays. It suggests that the technology is still relatively fragile (it uses plastic rather than glass), and that early adopters may need to take special care of their phones. There are also questions about future designs from Huawei and others that put the folding display on the outside. If Samsung's inward-folding device is prone to issues, an external screen may be that much more vulnerable.

Update 4/22/19 1:46PM ET: Samsung officially delayed the Galaxy Fold launch, citing a need for "further improvements" and the time to "evaluate this feedback and run further internal tests." The company did not give a new launch date in it's announcement -- only that it plans "to announce the release date in the coming weeks."

"Initial findings from the inspection of reported issues on the display showed that they could be associated with impact on the top and bottom exposed areas of the hinge," the company wrote in a statement. "There was also an instance where substances found inside the device affected the display performance."

Samsung promised to "strengthen the display protection" and "enhance the guidance on care and use of the display including the protective layer."

In this article: android, delay, folding display, folding phone, galaxy fold, gear, mobile, samsung, smartphone
All products recommended by Engadget are selected by our editorial team, independent of our parent company. Some of our stories include affiliate links. If you buy something through one of these links, we may earn an affiliate commission.