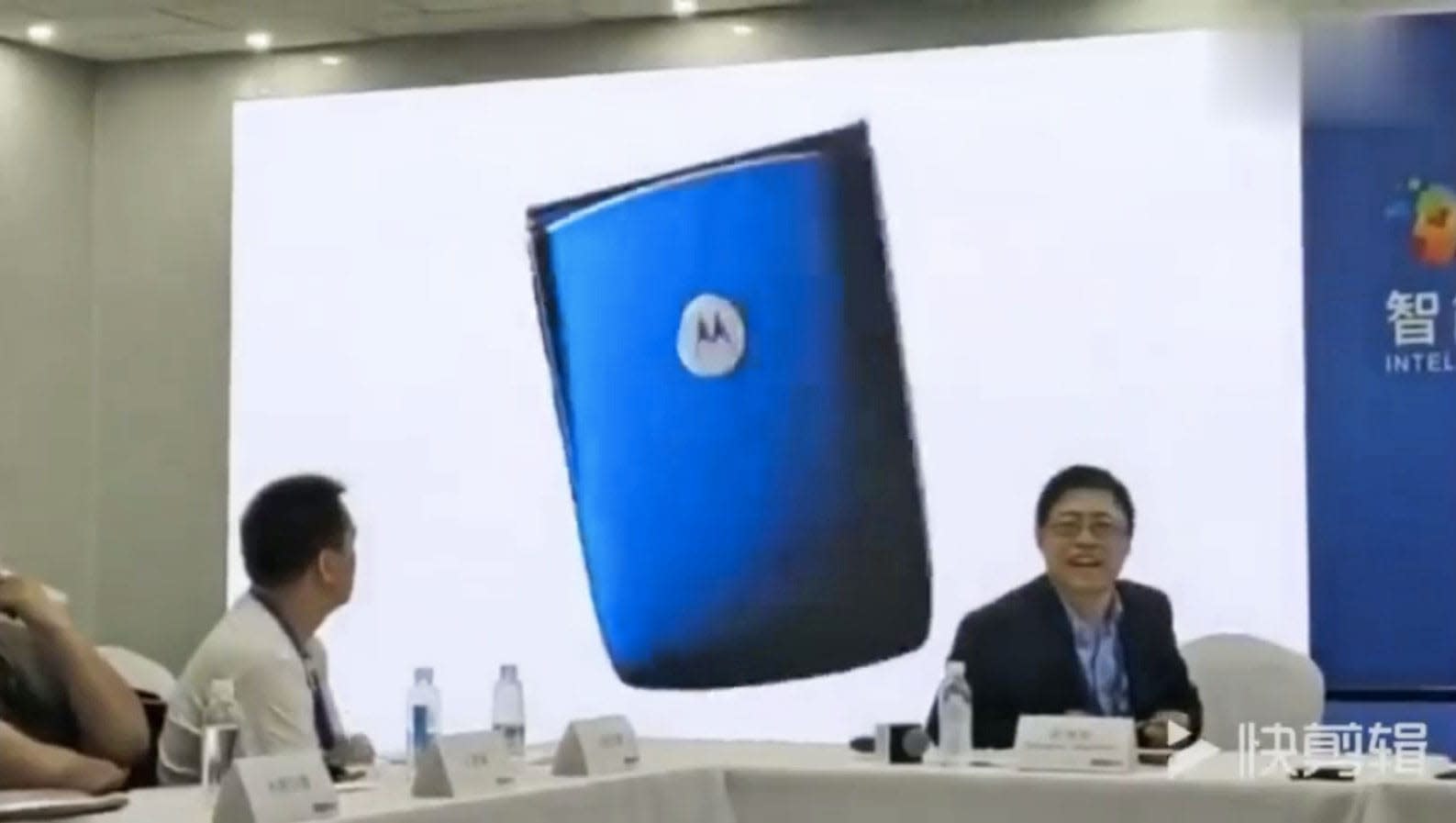 Yesterday, Lenovo shared a promotional video for the rumored foldable Motorola RAZR. While the 30-second teaser was shared with members of the media during a group interview and was accompanied by the Lenovo logo, it appears that the company used video from a fan and branded it as its own. The footage that was played by Lenovo was actually spliced together from a render created by tech YouTuber Waqar Khan. According to Khan, he didn't give Lenovo permission to use the concept images that he created. Engadget has reached out to Lenovo and Motorola regarding the video and will update this story if we hear back.

The clip Lenovo showed to the press yesterday appears to be cut together from a number of renders that was first seen in a video titled "Motorola RAZR 2019 - Introduction & First Look!" that was uploaded to by Khan to YouTube on February 9th of this year. Many of the images in Lenovo's video are identical to those that appear in Khan's, and it even looks like Khan's Twitter handle watermark is still present in the footage shared by Lenovo. However, Lenovo's video ends with the company's logo, making it look like an official product.

Despite Lenovo's branding appearing on the footage, Khan confirmed that he was not approached by the company regarding the renders. "They used it without my permission," he told Engadget via direct message on Twitter. "I don't know what's going [on], man."

At this point, it's not clear if there actually is a foldable Motorola RAZR on the way. A patent for such a device surfaced earlier this year, which sparked rumors the phone could be coming in the near future. In January, The Wall Street Journal reported a folding RAZR reboot with an expected $1,500 price tag was in the works. Leaked images supposedly showing off the device cropped up online last month. But Lenovo's use of a fan-made render has to make one wonder if the folding RAZR is real or if the company is just enjoying some free attention from people nostalgic for the beloved phone.

In this article: business, foldable phone, folding phone, gear, lenovo, mobile, moto razr, Motorola, Motorola RAZR, RAZR
All products recommended by Engadget are selected by our editorial team, independent of our parent company. Some of our stories include affiliate links. If you buy something through one of these links, we may earn an affiliate commission.