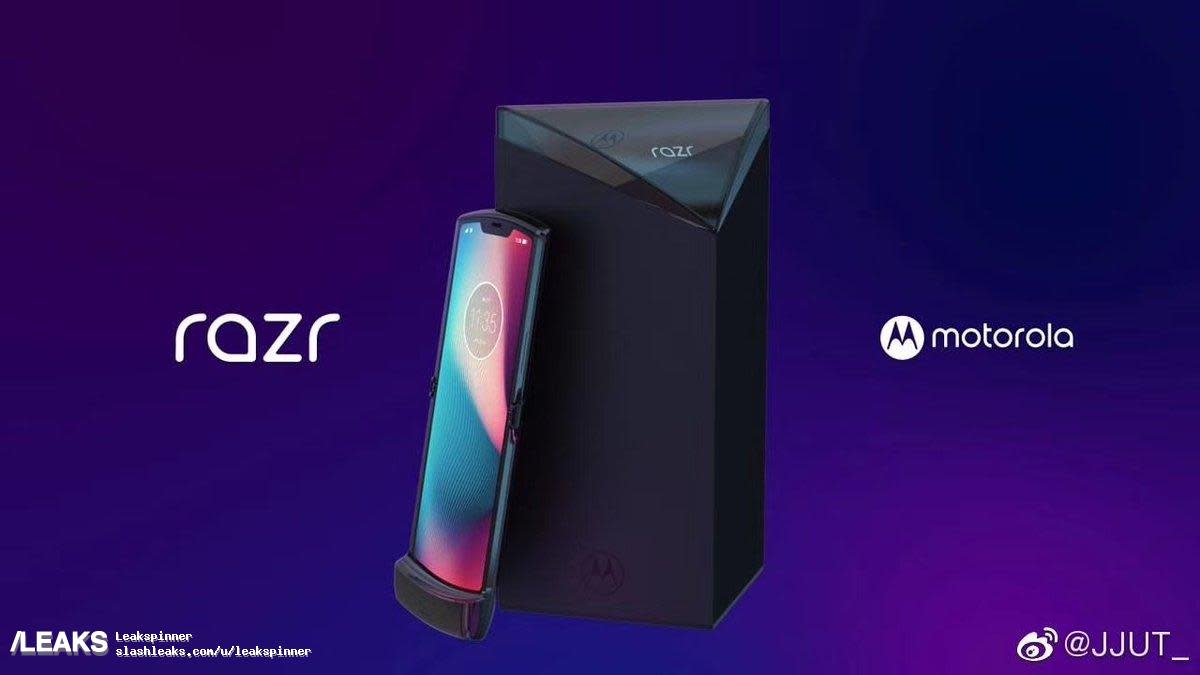 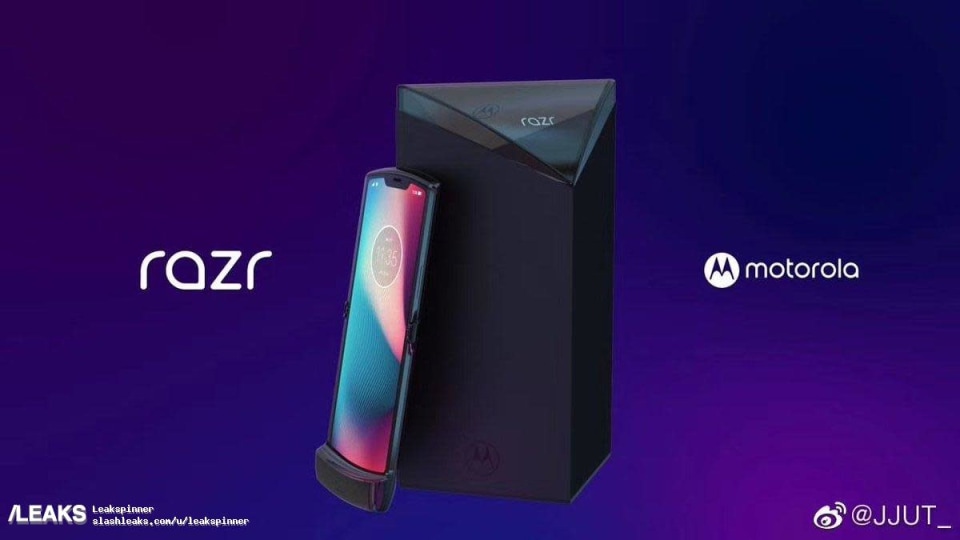 Images of an unannounced new version of the Motorola RAZR appear to have leaked online. The renders, which first appeared in a post on Weibo and were reuploaded to SlashLeaks, depict a vertically folding screen design. They also show off a wireless charging station and range of accessories, all of which seems to fit in a triangular box.

The images of the rumored RAZR V4 should be approached with skepticism, as there has been little by way of official word from Motorola about what a new version of the classic phone will look like. However, it's worth noting that the rends match up well with a patent filed late last year for a vertical folding phone with the RAZR's recognizable design.

Back in January, the Wall Street Journal reported Motorola was working on relaunching the RAZR as a folding phone. At the time, the device was believed to have a $1,500 price tag. It was speculated the new version of the RAZR could be available as early as February, but that has yet to come to fruition. Motorola did confirm it is working on a modern update to its beloved feature phone back in February but has given no indication as to when the device might actually be available.

In this article: design, foldable phone, gadgetry, gadgets, gear, leak, mobile, Motorola, Motorola RAZR, razr v4
All products recommended by Engadget are selected by our editorial team, independent of our parent company. Some of our stories include affiliate links. If you buy something through one of these links, we may earn an affiliate commission.