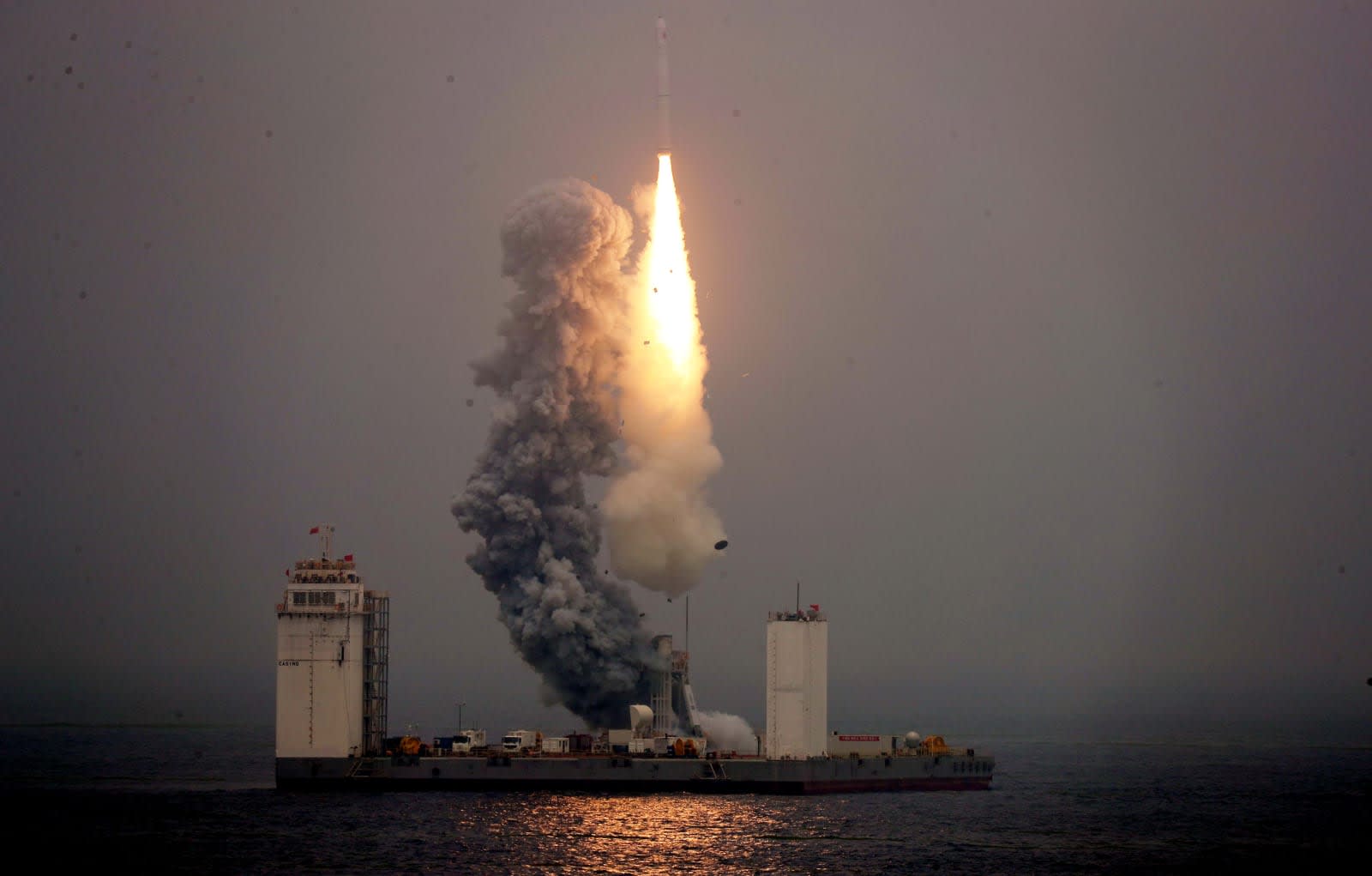 China has joined the US and Russia as the only nations to have successfully launched a rocket at sea. The National Space Administration's Long March 11 took off from a launchpad on a ship in the Yellow Sea today. The rocket carried five commercial satellites (including two for a company that plans to set up a global network of internet satellites) and two research-focused experimental ones.

While the US and Russia worked with other countries on the Sea Launch platform (which wound down in 2014), China is the only nation to have launched a rocket from sea using a platform and tech it fully owns, according to TechCrunch. The launch, however, took place from a private cargo ship. SpaceX, meanwhile, has also launched and landed rockets at sea.

Via: TechCrunch
Coverage: Reuters
In this article: china, gear, internet satellite, internetsatellite, launchpad, long march 11, long march rocket, longmarch11, longmarchrocket, national space administration, nationalspaceadministration, rocket, satellite, sea, space, tomorrow, yellow sea, yellowsea
All products recommended by Engadget are selected by our editorial team, independent of our parent company. Some of our stories include affiliate links. If you buy something through one of these links, we may earn an affiliate commission.