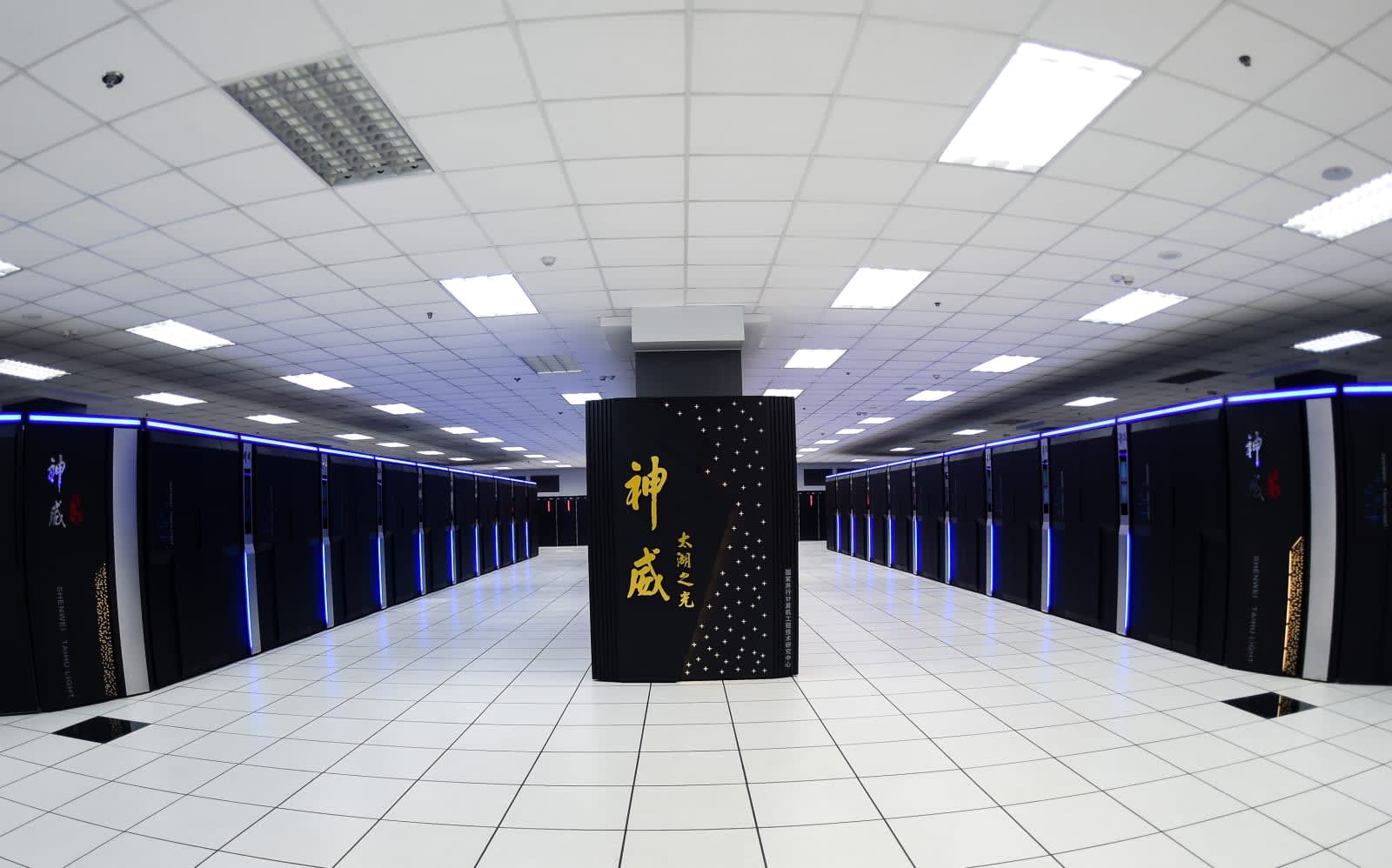 The US and China have been locked in a race for the world's most powerful supercomputer. China was in the lead with its Sunway TaihuLight, which has a 93 petaflop capacity. But the US surpassed that last year, when it released the Summit, which can run at 200 petaflops -- or 200 quadrillion calculations per second. Now, the US is using export restrictions in an attempt to thwart China's supercomputing efforts.

The Commerce Department has reportedly issued export restrictions that cut five major Chinese supercomputer developers off from US technology. According to the new rule, the firms have been "acting contrary to the national security or foreign policy interests of the United States." The developers include Sugon of Beijing, three of its affiliates and Wuxi Jiangnan Institute of Computing Technology. They'll now need a waiver from the US government before buying American technology and components, and The New York Times says, "the move could all but cripple these Chinese businesses."

The firms have been working on China's next supercomputer, which could perform as many as one quintillion calculations per second. The US is reportedly concerned about the military applications that the supercomputer might lead to. As The Wall Street Journal points out, supercomputing is essential for the development of nuclear weapons, encryption, missile defense and more.

The export restrictions are the latest in the Trump administration's attempt to limit China's access to US technology. Those efforts have undoubtedly had the largest impact on Huawei. But companies in the US, including Intel and Nvidia, which sell components to Sugon, could also be impacted by these new restrictions.

Source: The Wall Street Journal, Reuters, The New York Times
In this article: business, china, commerce department, export, gear, military, national security, politics, restrictions, security, sugon, supercomputer, supercomputing, tomorrow, trade, trade war, trump administration, us
All products recommended by Engadget are selected by our editorial team, independent of our parent company. Some of our stories include affiliate links. If you buy something through one of these links, we may earn an affiliate commission.