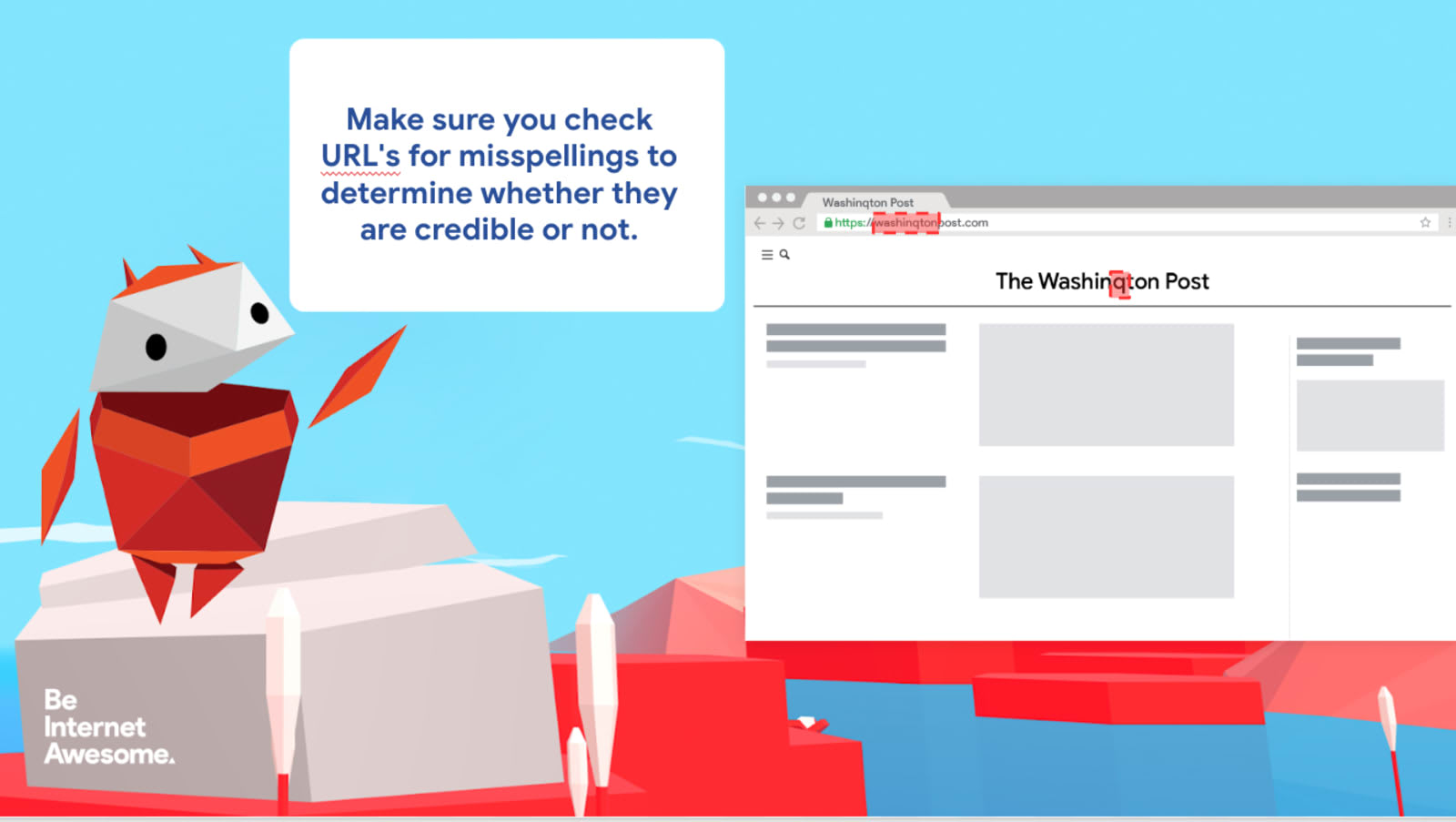 When Google launched its "Be Internet Awesome" curriculum for educators a couple of years ago, it focused its efforts on teaching children about online safety. This year, however, the company is adding a new component to its campaign: media literacy. Developed in partnership with the Net Safety Collaborative, the new program includes play-to-learn activities that help educate kids about how to spot disinformation, such as fake URLs or misleading headlines.

The curriculum includes "Don't Fall for Fake" activities that are centered around teaching children critical thinking skills. This is so they'll know the difference between credible and non-credible news sources, for example, and how to spot a bad URL. There are also other media literacy activities such as "Share with Care," which have to do with teaching kids how to maintain a good online reputation, and "It's Cool to be Kind," which is about online harassment.

Along with the new curriculum, Google is also announcing a nationwide partnership with the YMCA, where it'll help families talk to their children about topics like social media, cyberbullying and disinformation.

Google has been under quite a bit of heat recently on this exact topic, as YouTube has often been accused of spreading disinformation and propaganda, especially to impressionable youth. It's interesting to see Google collaborate on a project that teaches children to identify disinformation, while at the same time not doing a stellar job at taking those sources down.

The new "Be Internet Awesome" curriculum is aimed mostly at seven to twelve year olds, and will be available to interested family members and educators starting today.

In this article: beinternetawesome, gear, google, internet
All products recommended by Engadget are selected by our editorial team, independent of our parent company. Some of our stories include affiliate links. If you buy something through one of these links, we may earn an affiliate commission.