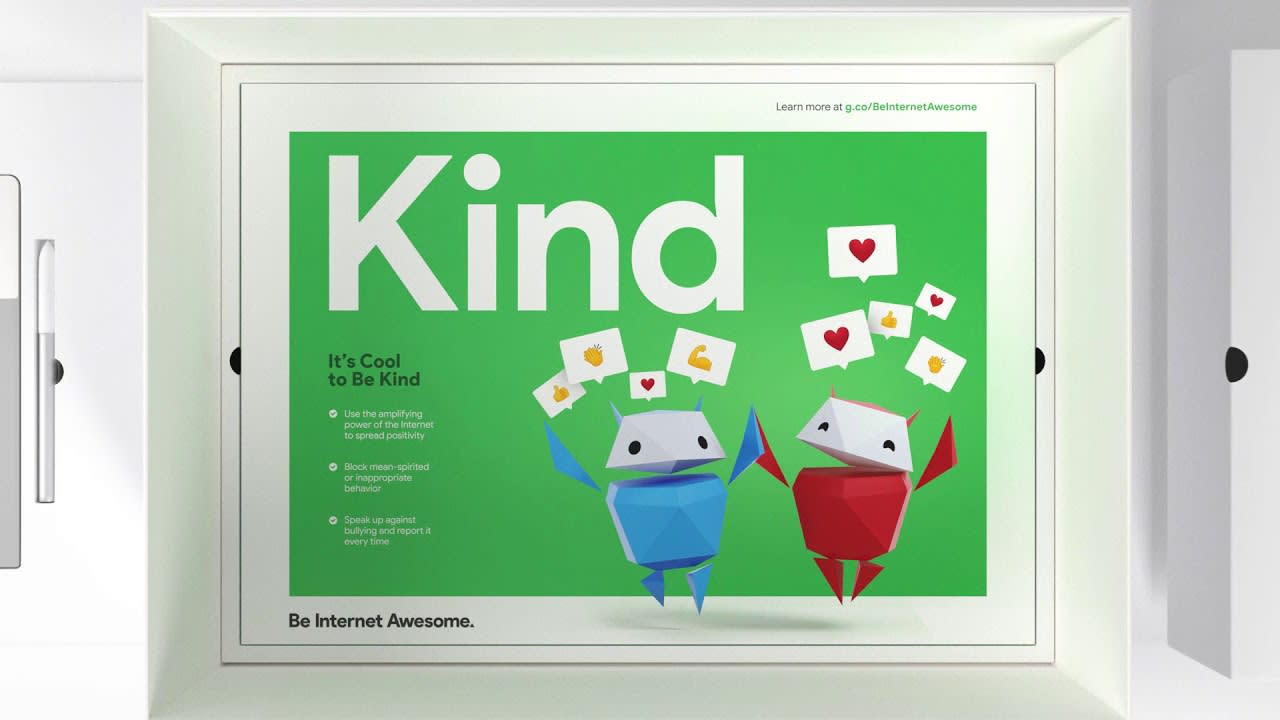 Google and the National Parent Teacher Association are joining forces to help educate parents and kids about online safety. The search giant will give out all-in-one kits that include a Google Pixelbook and presentations covering a variety of topics regarding online safety including phishing and scams, privacy and security, cyberbullying and "inappropriate" content. They also include some decorative reminders of best practices like banners and posters in both English and Spanish.

The kits come as part of Google and the National PTA's new program that will provide $1,000 grants to PTAs across the country. A total of 200 awards will be given out to set up online safety workshops, and a kit will be provided to each winner. The partnership between Google and the National PTA marks an expansion of the company's Be Internet Awesome campaign, which it launched last year along with an online game that teaches kids the basics of internet safety.

Google won't be making the internet safety kit available to consumers, though. Instead it will work with schools and parent organizations to distribute them and set up workshops at schools, according to VentureBeat. The presentations included in the kits will be made available online for anyone to view later this year.

In this article: cyberbullying, gear, google, internet, NationalParentTeacherAssociation, phishing, privacy, PTA, safety, services
All products recommended by Engadget are selected by our editorial team, independent of our parent company. Some of our stories include affiliate links. If you buy something through one of these links, we may earn an affiliate commission.