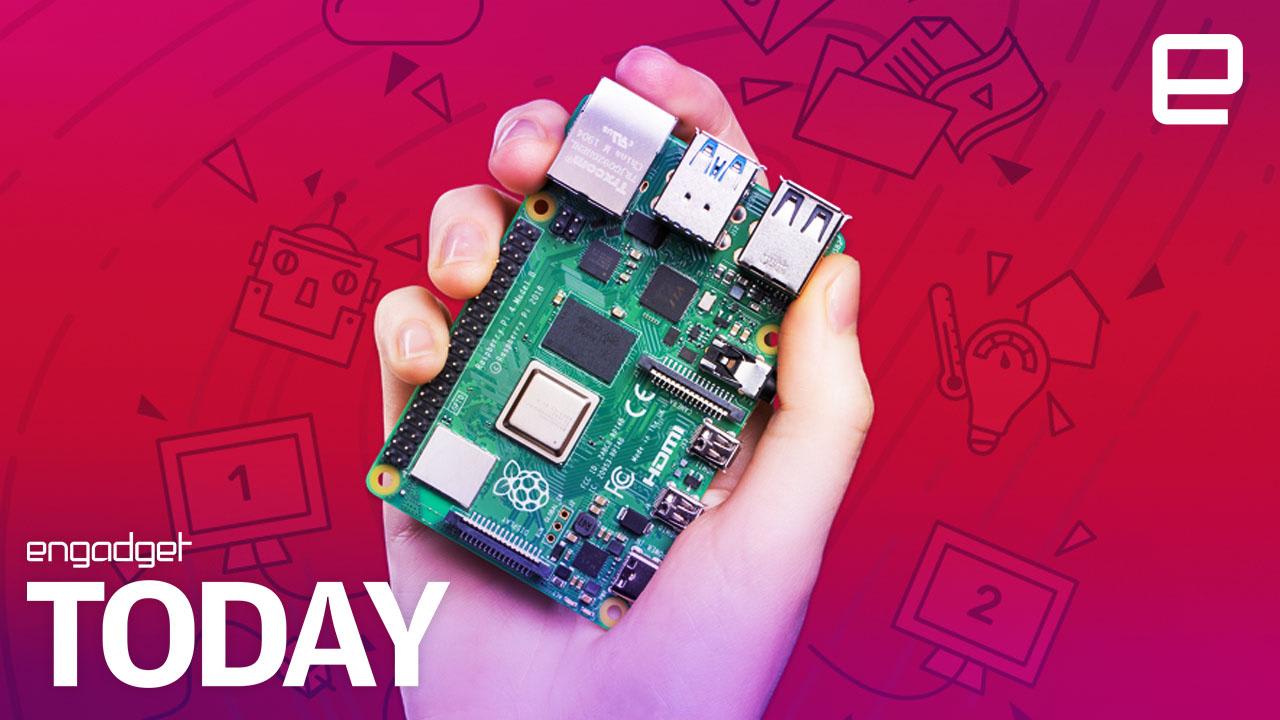 Like the Raspberry Pi but wish it had a little more oomph for your homebrew projects? The Pi Foundation might have what you need. The newly released Raspberry Pi 4 Model B mates the familiar tiny computer-on-a-board design with purportedly "ground-breaking" boosts to performance, particularly for media. Thanks to both a newer 1.5GHz quad-core Broadcom processor with H.265 decoding, two micro-HDMI ports and up to 4GB of LPDDR4 RAM (more on that in a bit), the Pi 4 can output 4K video at 60 frames per second. This could theoretically serve as a modern DIY media hub, and the Raspberry Pi Foundation even claims that it's fast enough to compete with "entry-level" x86 PCs.

You'll also find updated connectivity, including Bluetooth 5.0 as well as support for two USB 3.0 ports in addition to the usual USB 2.0. You can still expect 802.11ac WiFi and gigabit Ethernet to keep the Raspberry Pi online.

The variable RAM amounts shake up the pricing compared to what you've seen with past Raspberry Pi releases. A base model with 1GB of RAM will cost you a familiar-sounding $35, but you'll need to pay $45 for a 2GB model and $55 for the 4GB flagship. That still makes it inexpensive, though, and the extra RAM might be just what you need to run Windows or other demanding software on such a diminutive machine.

Source: Raspberry Pi
In this article: AOLoriginals, computer, daily show, diy, do it yourself, doityourself, engadget, Engadget Today, engadget video, entertainment, gadgetry, gadgets, gear, homebrew, pc, personal computing, personalcomputing, raspberry pi, raspberry pi 4, raspberry pi 4 model b, video
All products recommended by Engadget are selected by our editorial team, independent of our parent company. Some of our stories include affiliate links. If you buy something through one of these links, we may earn an affiliate commission.