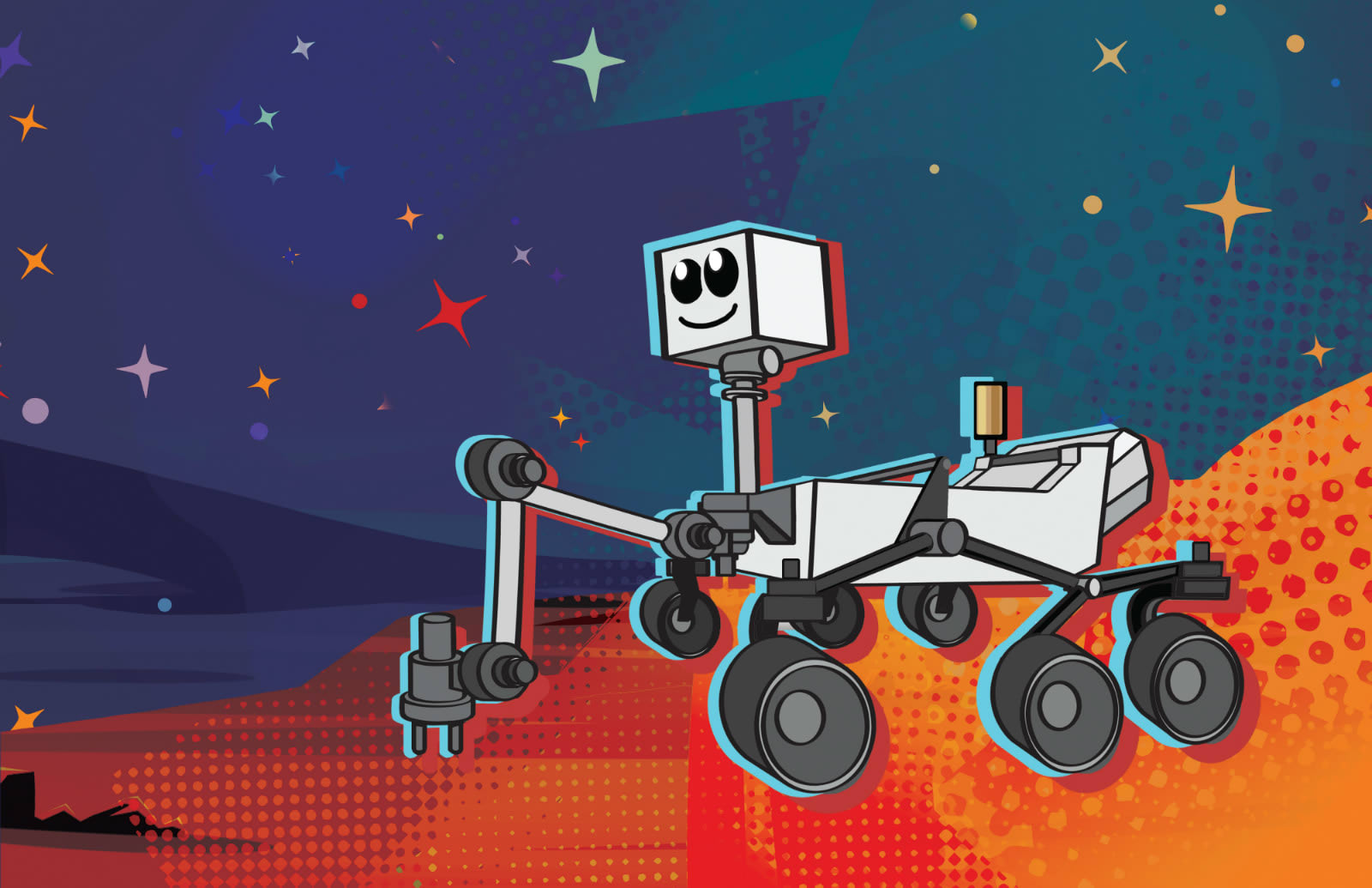 NASA's Mars 2020 rover is beginning to take shape. Earlier this month, crews installed some of its legs and six of its wheels. Now, the vehicle needs a name, and for that, NASA is turning to students. Beginning in fall 2019, NASA will run a nationwide "Name the Rover" contest open to K-12 students in the US. The spacecraft will need a name by July 2020, when it's expected to launch.

The contest is part of NASA's ongoing effort to engage the public in its Moon to Mars mission, which will search for signs of microbial life, characterize the planet's climate and geology and pave the way for human exploration. If you're not a K-12 student but want to get involved, NASA is also accepting applications to judge the contest submissions.

If you want to go a step further, you can participate in NASA's "Send Your Name" campaign. Your moniker will be etched into a dime-sized chip and sent to space. In return, you'll get a commemorative "boarding-pass." The rover's launch is still more than a year away, and there's a good chance NASA will share more ways to get involved in the meantime.

Source: NASA
In this article: contest, judges, k-12, mars, mars rover, moon to mars, name, name the rover, nasa, space, STEM education, students, tomorrow
All products recommended by Engadget are selected by our editorial team, independent of our parent company. Some of our stories include affiliate links. If you buy something through one of these links, we may earn an affiliate commission.