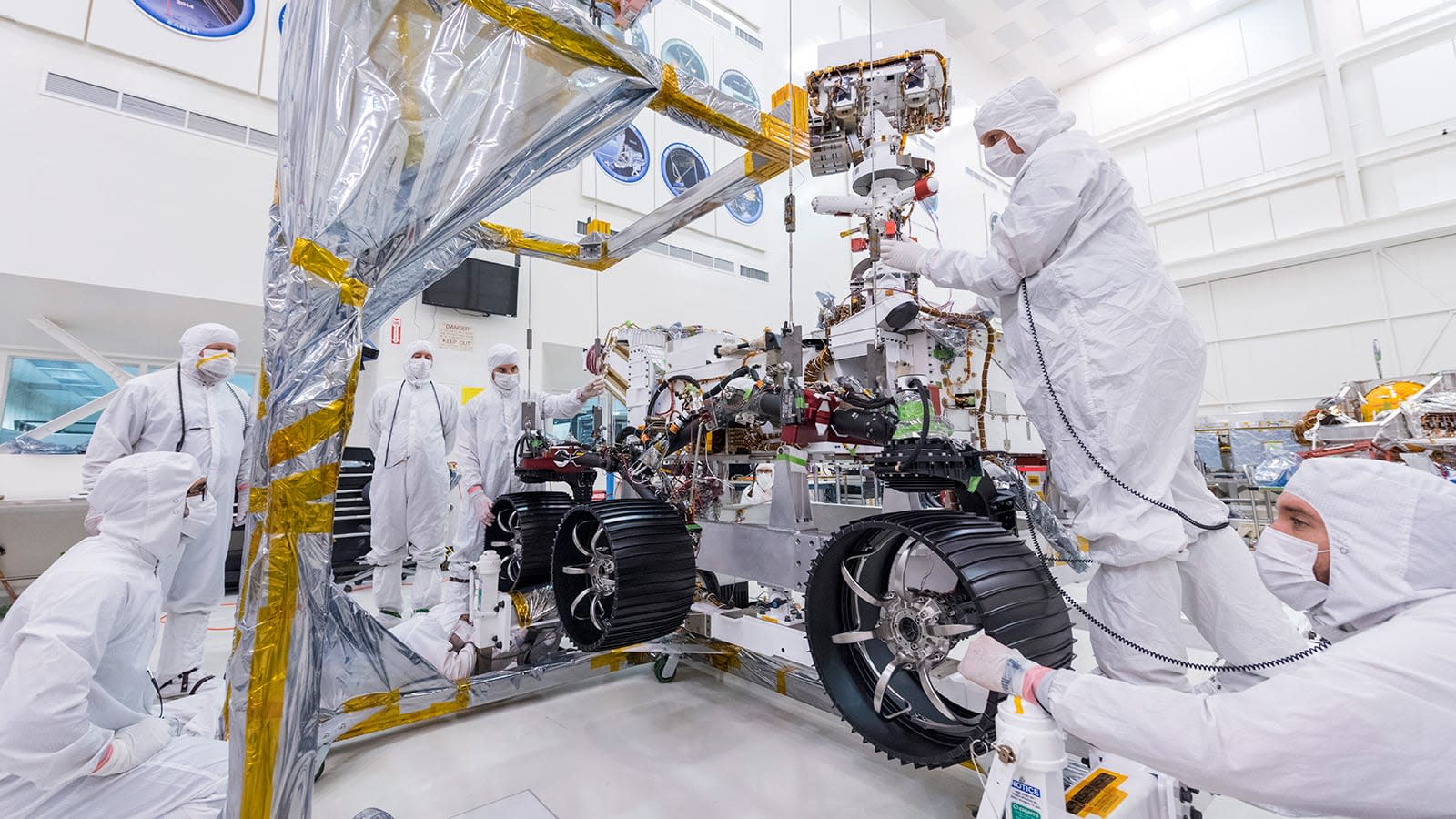 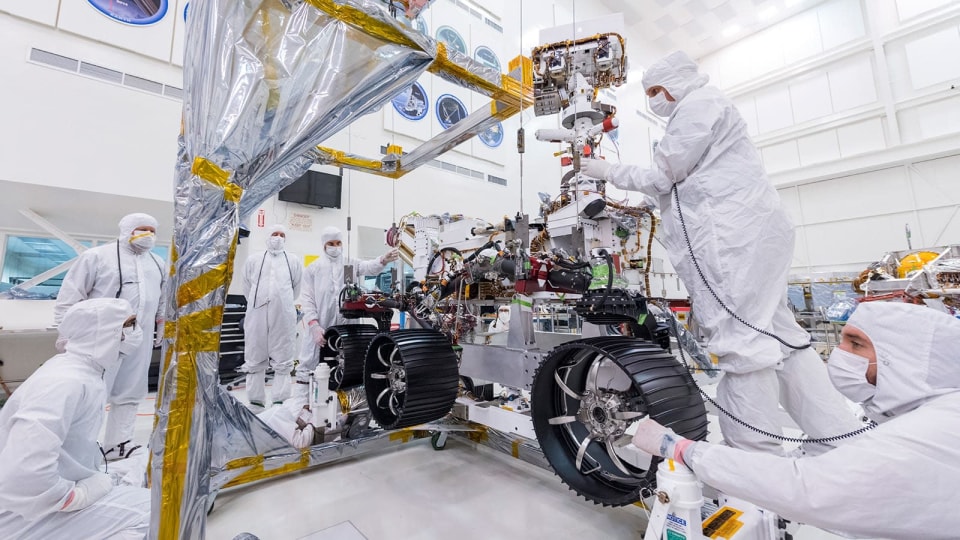 The Mars 2020 rover is looking more and more like an actual rover, now that there's only a year left before its target launch date. NASA Jet Propulsion Laboratory engineers have installed the vehicle's starboard legs and six wheels (aka its mobility suspension) on June 13th. The machine's wheels are made of aluminum with 48 cleats machined onto their surface. Those metal projections will give the vehicle the traction it needs to be able to drive on both sandy and rough, rocky surfaces.

While all six wheels have motors, the front and rear ones have steering motors that will allow Mars 2020 to make a full 360-degree turn in place. In addition, the suspension system can withstand tilts up to 45 degrees in any direction, so the rover to drive on pretty large rocks without tipping over. The team will only use the current wheels for testing, though, and they'll be swapped out for flight-ready models sometime next year.

Over the next few weeks, the team will also install the rover's robotic arm, its mast-mounted camera, as well as its other motors and components made to collect samples of Martian rock and soil. If all goes well with their tests, the Mars 2020 will start its journey to the red planet in July next year.

In this article: mars 2020 rover, nasa, space, tomorrow
All products recommended by Engadget are selected by our editorial team, independent of our parent company. Some of our stories include affiliate links. If you buy something through one of these links, we may earn an affiliate commission.