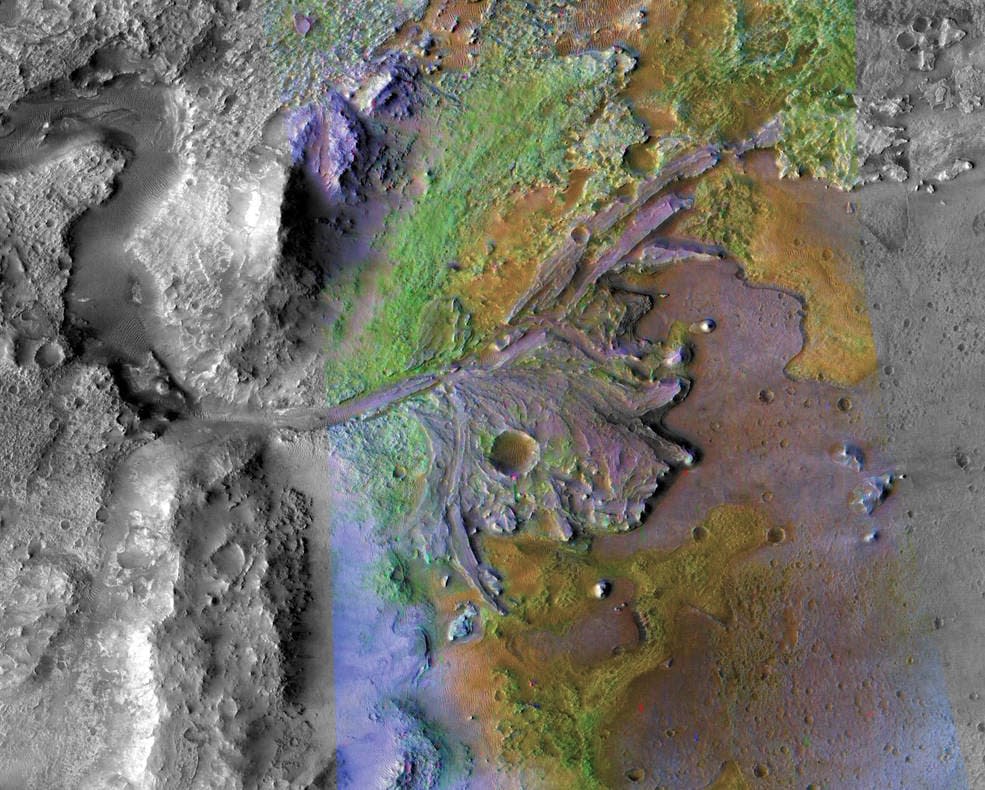 NASA has announced where its next Mars rover will be heading. The agency has chosen Jezero Crater from dozens of potential candidates in part for its potential to have preserved signs of past microbial life. "The landing site in Jezero Crater offers geologically rich terrain, with landforms reaching as far back as 3.6 billion years old, that could potentially answer important questions in planetary evolution and astrobiology," Thomas Zurbuchen, associate administrator for NASA's Science Mission Directorate, said in a statement. "Getting samples from this unique area will revolutionize how we think about Mars and its ability to harbor life."

The Mars 2020 rover mission will not only look for habitable conditions, but will also collect rock and soil samples that may be able to be retrieved sometime in the future. Both NASA and the European Space Agency are exploring ideas for a future retrieval mission that could bring the samples back to Earth for study.

The diversity offered by Jezero Crater makes it appealing scientifically, but it also makes for a difficult landing environment. And the region has been off limits in the past because of these challenges. However, recent advances in technology have now opened Jezero Crater up to a rover mission. "The Mars community has long coveted the scientific value of sites such as Jezero Crater, and a previous mission contemplated going there, but the challenges with safely landing were considered prohibitive," said Ken Farley, a project scientist for the mission at NASA's Jet Propulsion Laboratory. "But what was once out of reach is now conceivable, thanks to the 2020 engineering team and advances in Mars entry, descent and landing technologies."

The site proposal still has to be assessed in order to make sure the mission is set up for success, and a final report on the plan will be presented to the agency next year. The rover mission is currently scheduled to launch in July of 2020.

In this article: gear, jezerocrater, mars, mars2020, nasa, rover, space
All products recommended by Engadget are selected by our editorial team, independent of our parent company. Some of our stories include affiliate links. If you buy something through one of these links, we may earn an affiliate commission.