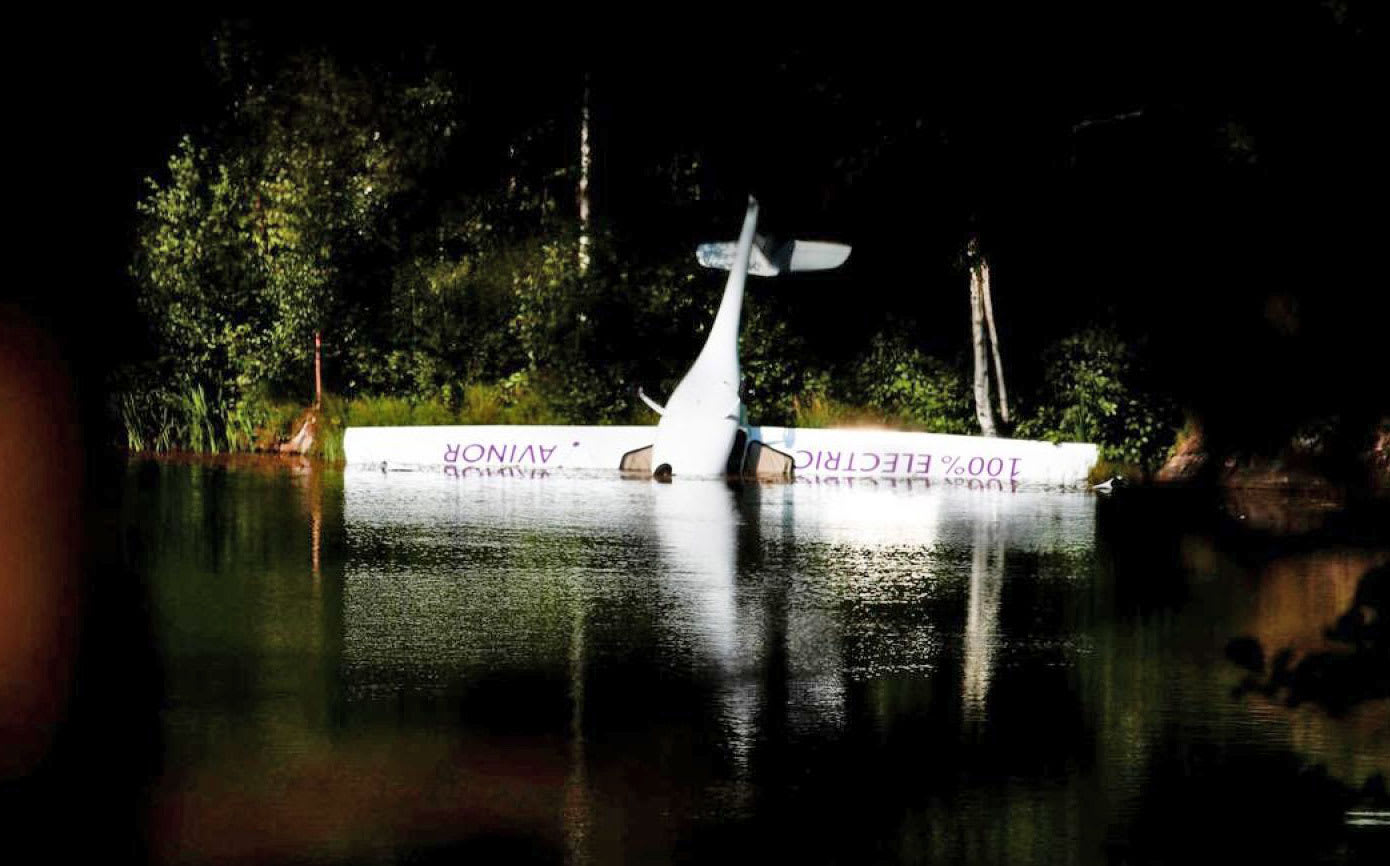 Norway's first battery-powered airplane crashed into a lake yesterday, Reuters reports. While no one was harmed in the crash, the incident could be a set back for the country, which hopes to electrify all domestic flights by 2040.

It's still unclear why the electric plane, an Alpha Electro G2, lost engine power, forcing the pilot to crash-land on his way back to the airport. The plane is owned by Avinor, Norway's state-run airport operator, and it was being flown by chief executive Dag Falk-Petersen. The company had spent the day giving tours to high-profile government officials.

The crash comes as Norway is trying to cut ties with fossil fuels. Because of the country's unique geography, road and rail travel is inefficient, and many people use short flights to hop between cities. Those short-haul flights are ideal for electric aircraft, and thanks to surplus revenue from Norway's petroleum industry, it has been able to invest in hydropower. So, the majority of the electricity its future battery-powered planes would use could come from renewable sources.

But the lake-landing raises some concerns. When Norway first tested the two-seater Alpha Electro G2 last summer, Transport Minister Ketil Solvik-Olsen said, "This is ... a first example that we are moving fast forward. We do have to make sure it is safe -- people won't fly if they don't trust it." If Norway plans to meet its goals of electrifying domestic flights, it will have to restore some of that trust. The crash debunks the myth that electric engines are necessarily more reliable. What they are is unknown.

Source: Reuters
Coverage: The Verge, Forbes
In this article: all-electric, alpha electro g2, avinor, battery-powered, commercial flight, crash, dag falk-petersen, electric airplane, flights, flying, gear, green, norway, tomorrow, transportation
All products recommended by Engadget are selected by our editorial team, independent of our parent company. Some of our stories include affiliate links. If you buy something through one of these links, we may earn an affiliate commission.