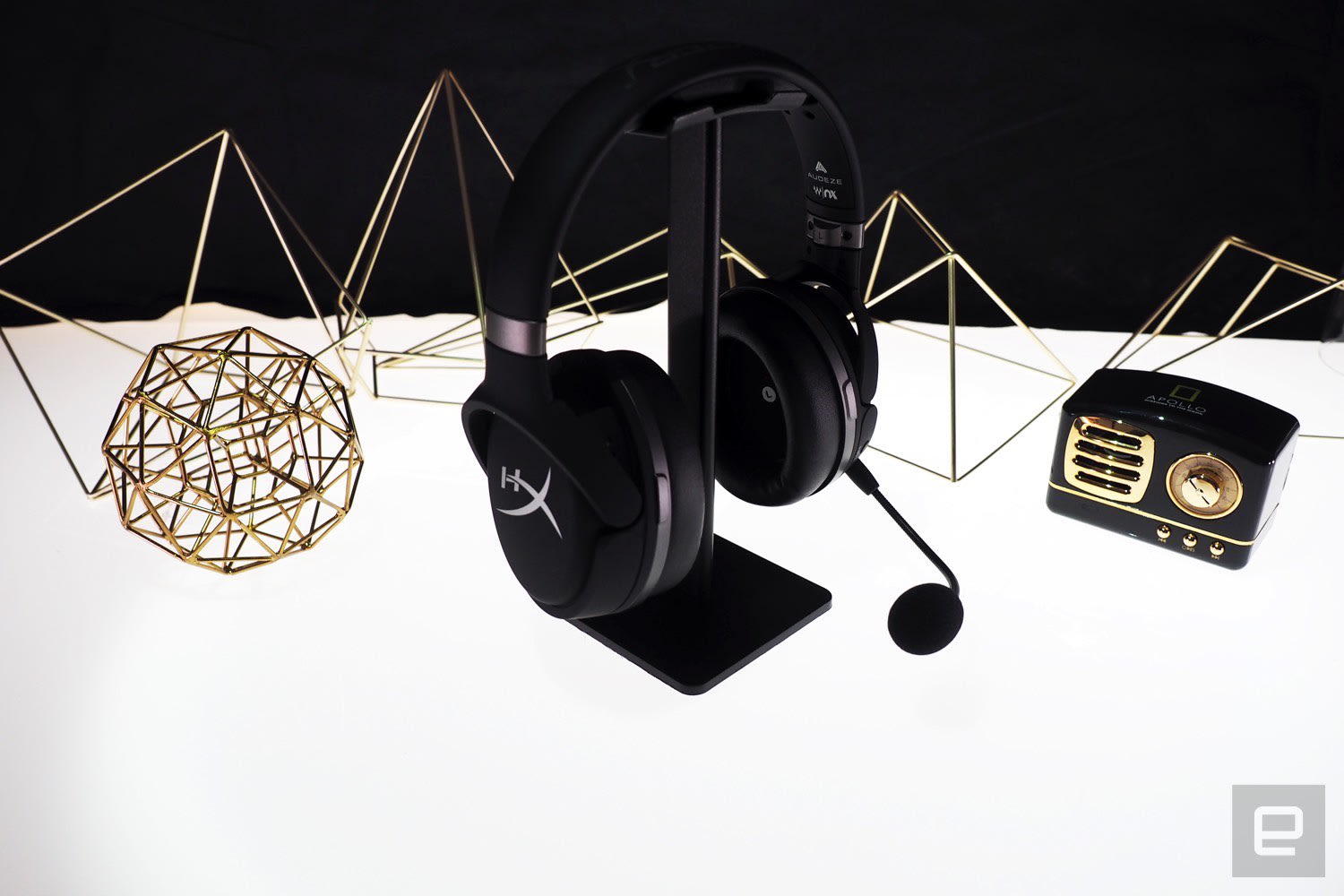 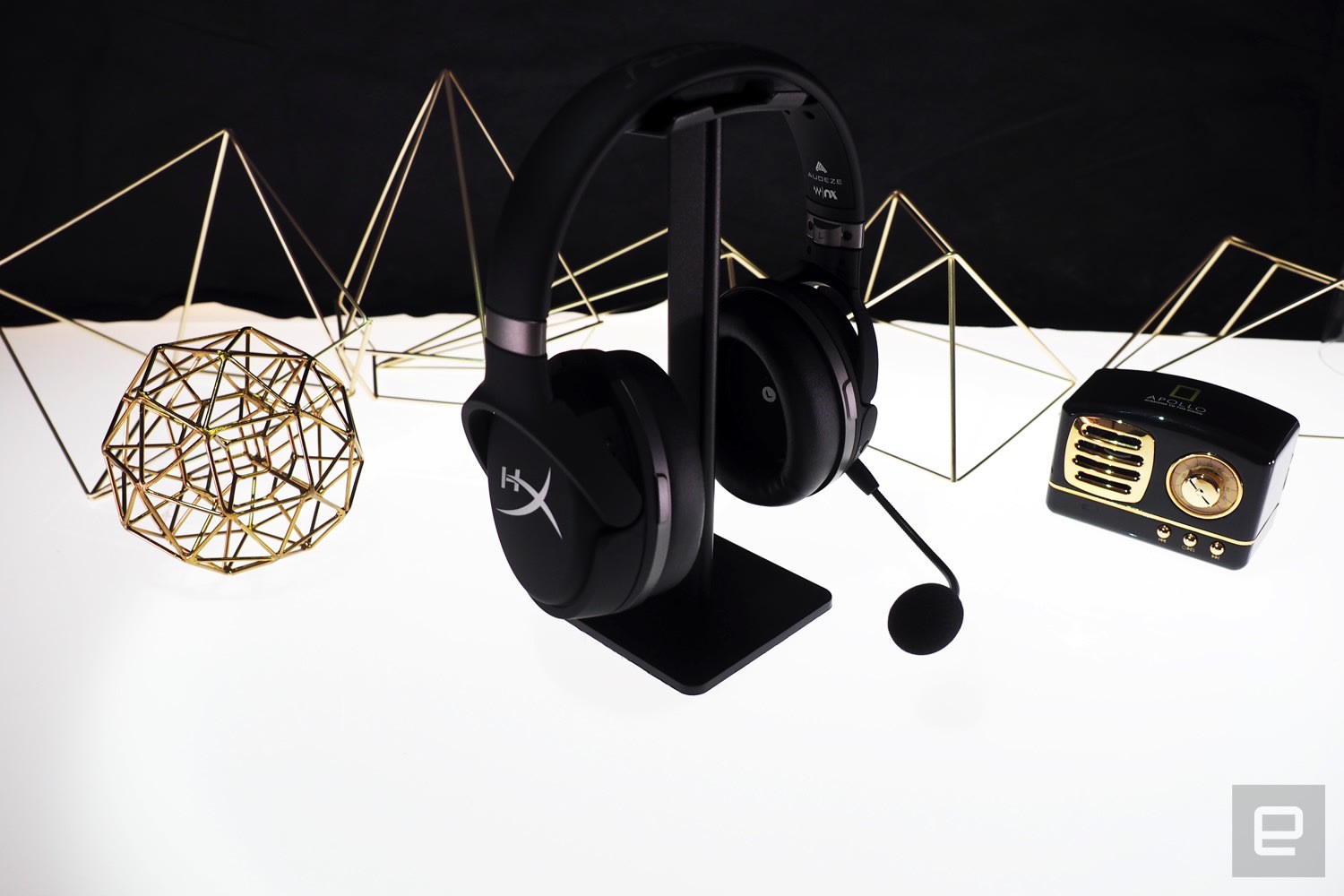 Games these days are getting serious about their audio. It's not just tinny MIDI tunes and beeps anymore; we're talking realistic gunfire, explosions and stirring orchestral scores worthy of grand concert halls. So it's only natural that gaming headsets have to step up a bit — we've seen companies like SteelSeries deliver sound worthy of the most high-end audio equipment, with design to match. Now HyperX is teaming up with Audeze to raise the bar even more, delivering crystal clear, immersive audio that's responsive; turn your head and it gets louder. It's like you're not even wearing a headset. 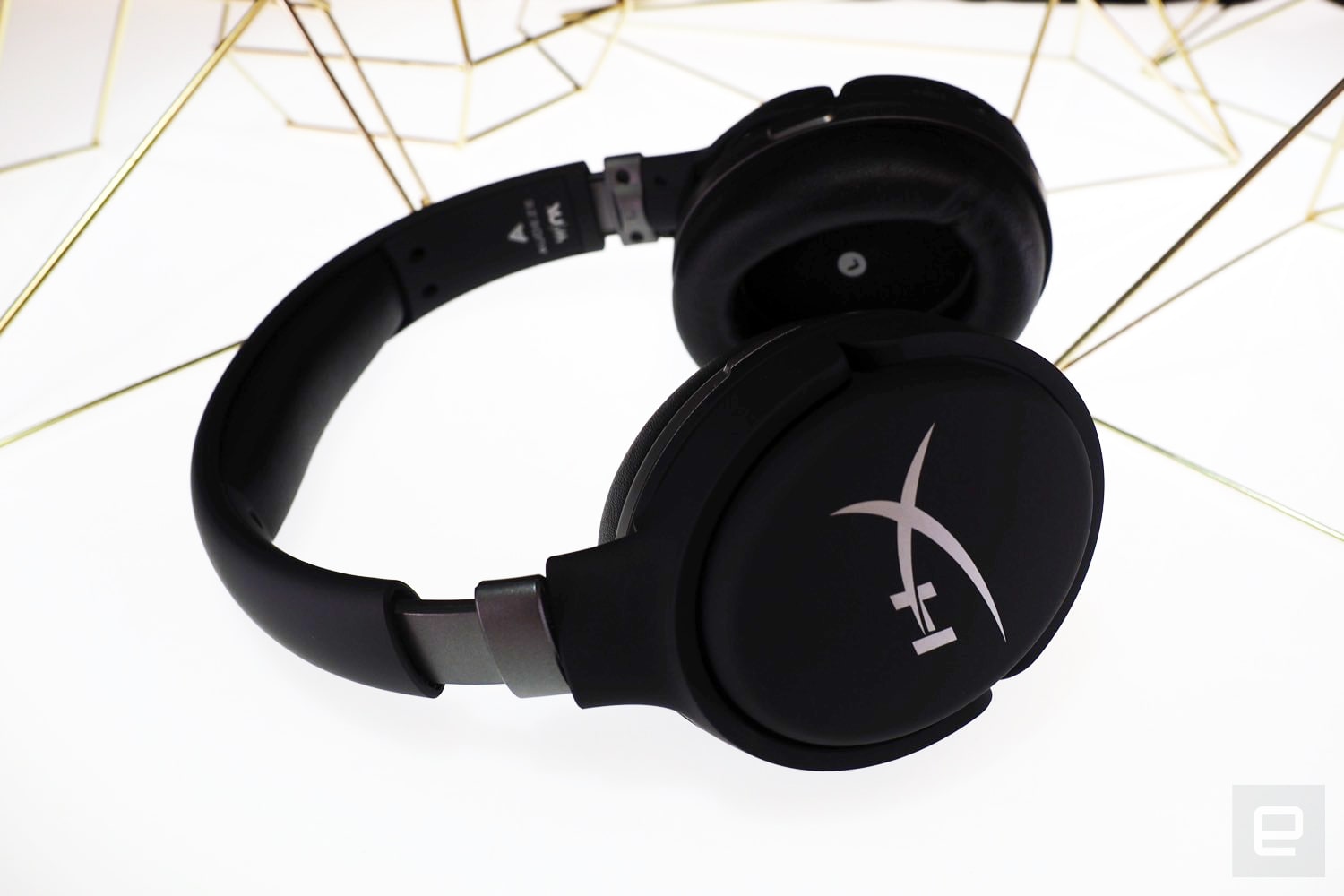 The $330 HyperX Cloud Orbit S is sleek and black, with soft leatherette ear pads and an aluminum frame. It feels premium. Alas, it's not wireless; you'll need to connect directly to your computer or console. At least it connects via via USB-C, which should make users of ultra slim laptops and flagship phones happy. The package comes with a 3.5mm cord as well as USB-A, so at least you have options.

Plug it in and you're good to go, with no messy configuration options or additional setup required. But you do need to turn it on before you use it, which is sort of a baffling design choice; since it's not wireless, it doesn't really need to conserve battery. It also turns off by itself, which is good for when you forget to but less so when you're only gone for a short time and expect it to waiting for you. I've gotten up to use the bathroom only to come back, crank my music up and find it blasting out of my monitor speakers because the Orbit S had shut off. Not great when your boss is sitting right behind you.

Sometimes I have trouble telling the difference between my Thunderbolt monitor's audio and the headphones, because the Orbit S is so immersive. I find myself taking the headset off often just to check that I'm not disturbing my coworkers, only to realize that the surround sound is just that good. 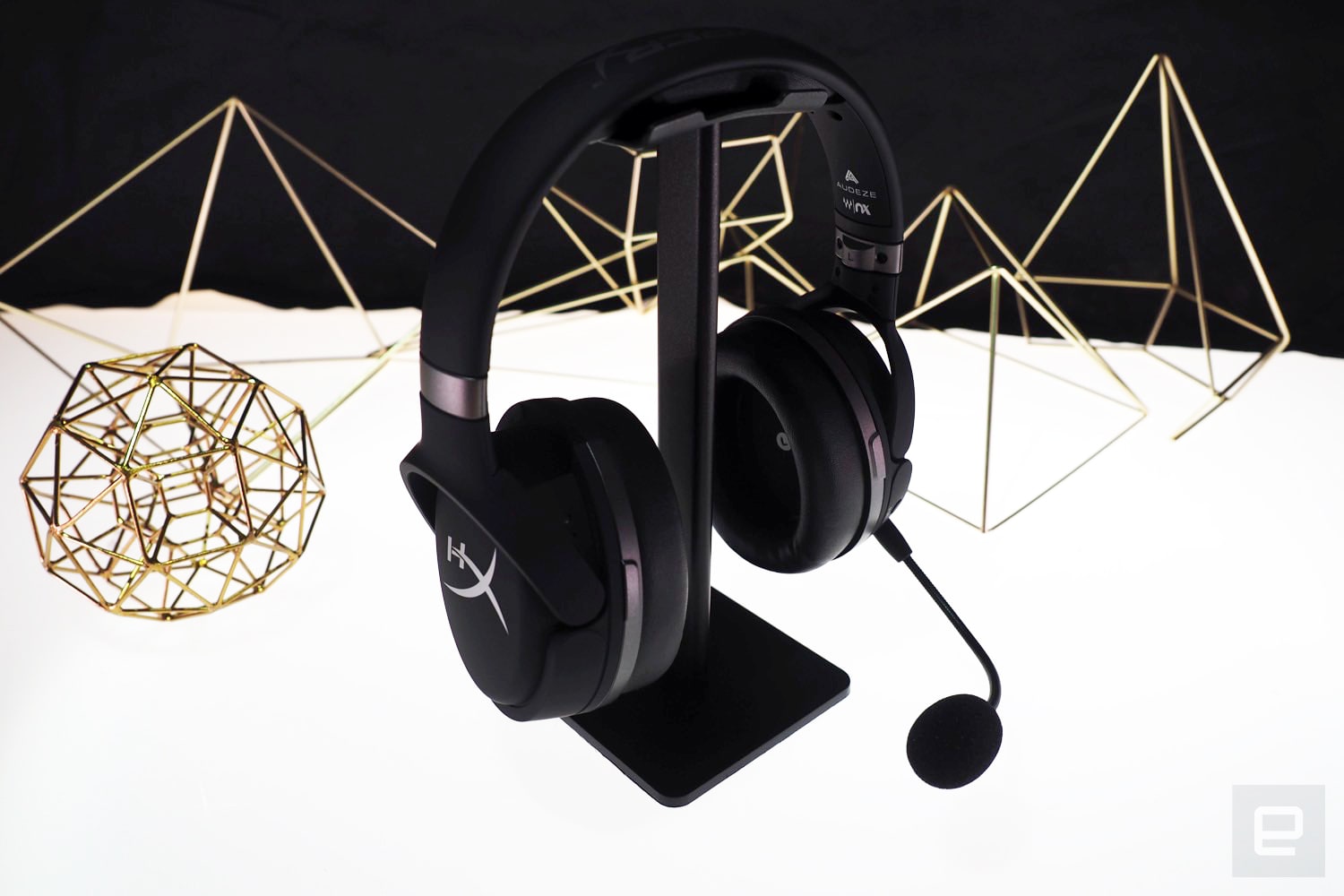 This is not to suggest that the audio quality is equal to that of a monitor, though. It's crisp and clear with springy but not overbearing bass (almost like you could hear the speaker stretch). If you like a good thump in all of your music these will disappoint, but most people should be impressed; after testing over a dozen headsets over the past few months from companies like SteelSeries, Turtle Beach and Logitech, the difference in audio depth was vast. I tried some old standbys like The Killers and Janelle Monáe, as well as the Star Wars: The Rise of Skywalker trailer from D23, and was pleased with all of it.

The big addition here, besides the 100mm planar drivers by Audeze, is head tracking from Waves Nx. The idea is that if you tilt your head in a particular direction, the music will get louder, as if you're in a room listening to open air speakers. It's sort of a neat idea, but ultimately it's sort of gimmicky. I think it's neat for about 10 seconds... then it's just pointless. And, as my left ear appears to be weaker than my right, I don't even notice it much when I turn my head that way. 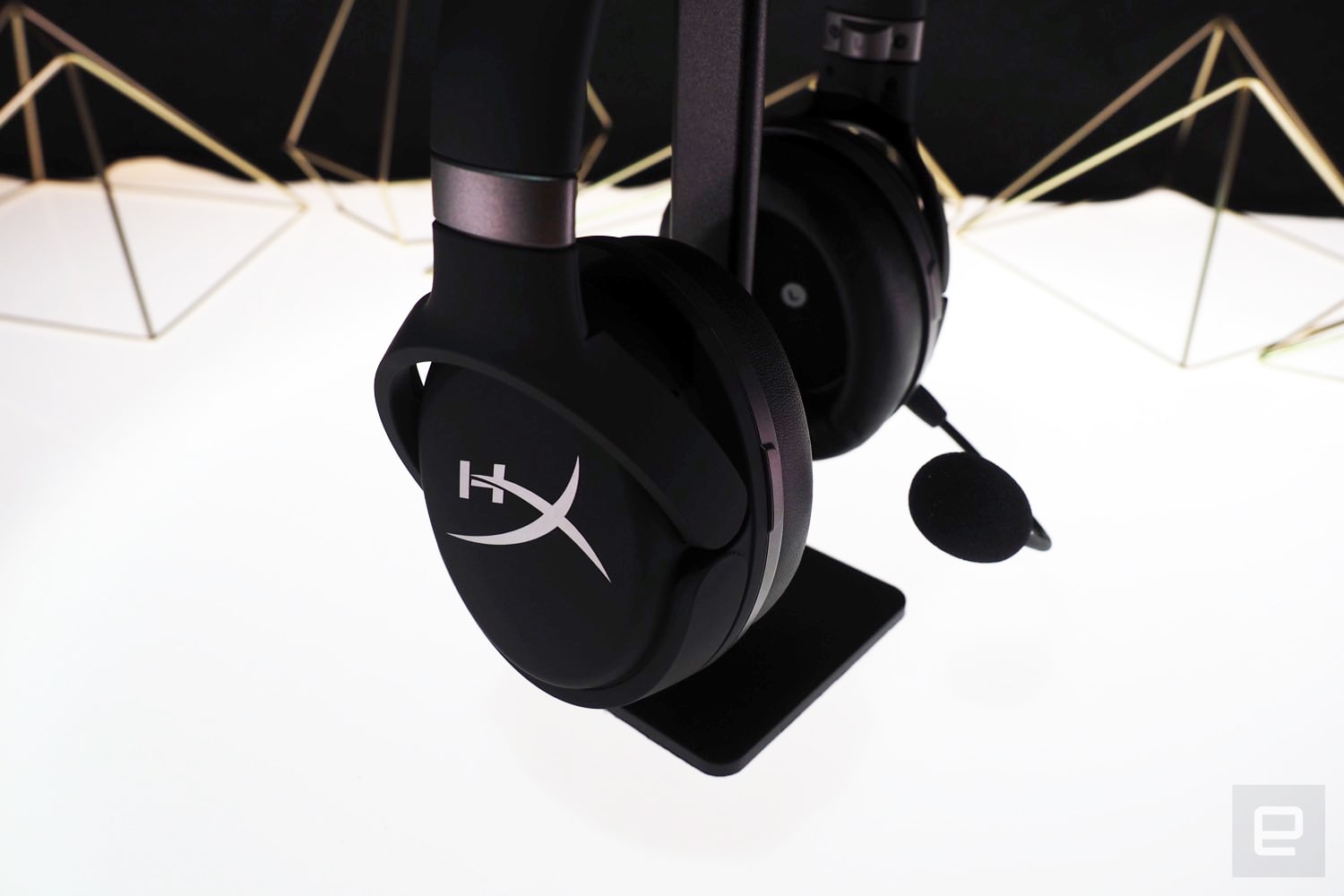 However, you can at least configure it to use gesture controls, so it's not entirely superfluous for users with limited or reduced mobility. If you don't care about the feature at all and would like to save a few dollars, HyperX is also selling the $300 Cloud Orbit, no 'S' in the name. It offers the same stellar audio, just no head tracking.

The Cloud Orbit S is also very comfortable. Obviously, headsets may have all the fancy features but it doesn't mean anything if you can't bear wearing them for too long. I will say I wore these all day at work without feeling discomfort from pressure or heat. They're not the coolest headset cups I've experienced, but it's a tolerable level of warmth that might even be a little welcome in a cold office. I'd still take a break once in a while, though. You can grab both the Cloud Orbit and Cloud Orbit S starting today.

In this article: av, cloud orbit, cloud orbit s, gaming, gear, hands-on, headset, headsets, hyperx
All products recommended by Engadget are selected by our editorial team, independent of our parent company. Some of our stories include affiliate links. If you buy something through one of these links, we may earn an affiliate commission.