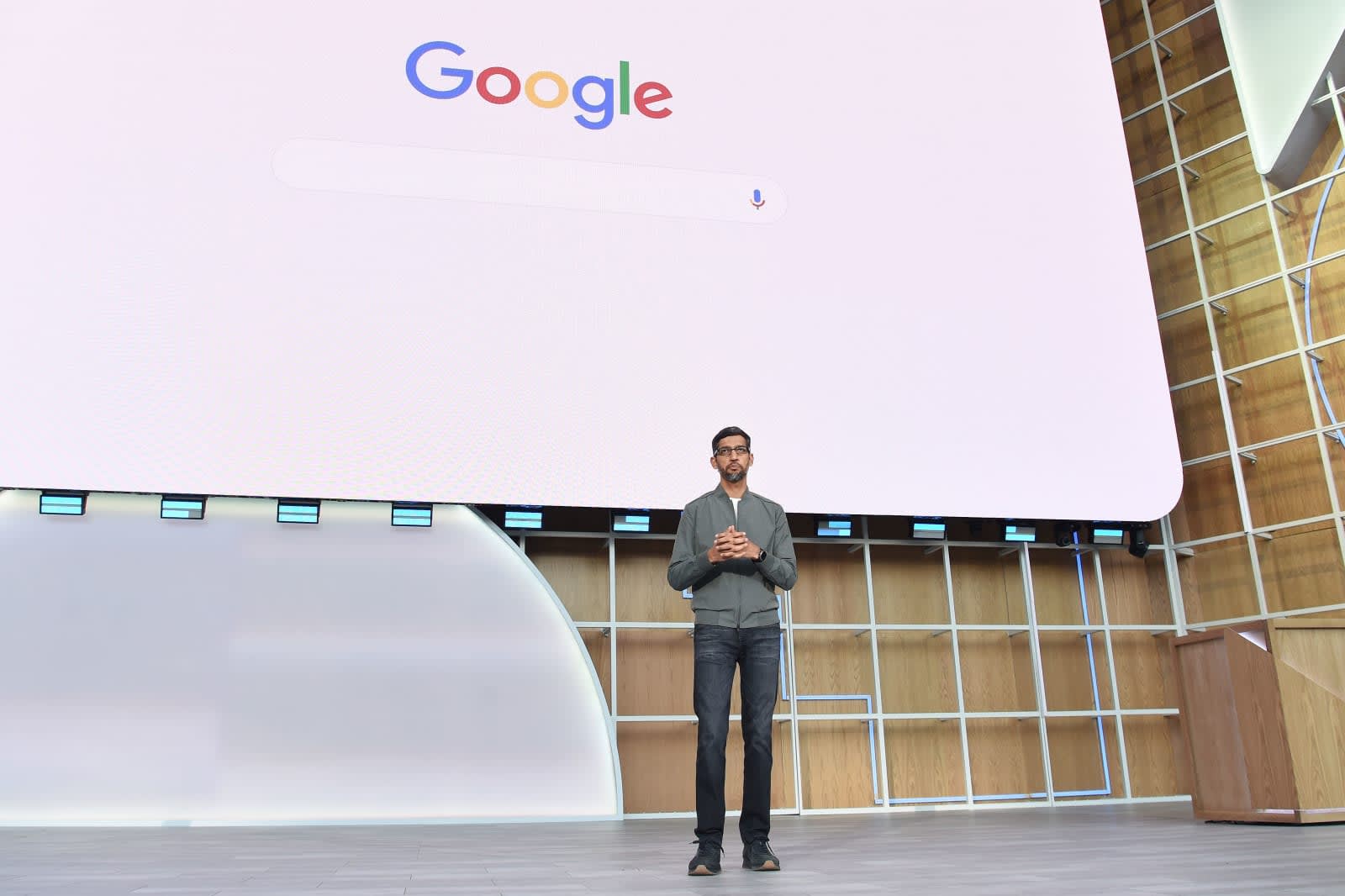 Google has confirmed that it's one of the targets of the Justice Department's review of competition in tech. The search firm has revealed that DOJ officials asked it to provide information about "past investigations," with an SEC filing also referencing the request. It expected state attorneys general to make similar demands in the future, and planned to work "constructively" with regulators.

This doesn't mean the DOJ expects to find wrongdoing. The review is largely intended to reexamine tech companies' dominance in light of evolving market conditions. It comes just days after a reported plan for a multi-state antitrust investigation, though, and it may not be so fortunate on that front.

There's simultaneously little doubt that Google is anxious about potential regulatory action. It opened its response to the DOJ inquiry by claiming that Google services "create more choice," support "thousands" of jobs and businesses and pouring money into research projects that "spur innovation." Google knows that officials could demand drastic changes (such as undoing acquisitions and splitting up the company), and it wants to dissuade those attempts by portraying itself as an essential part of American society.

Via: Reuters, Bloomberg
Source: Google, SEC
In this article: alphabet, antitrust, department of justice, doj, gear, google, government, internet, investigation, justice department, politics, regulation
All products recommended by Engadget are selected by our editorial team, independent of our parent company. Some of our stories include affiliate links. If you buy something through one of these links, we may earn an affiliate commission.