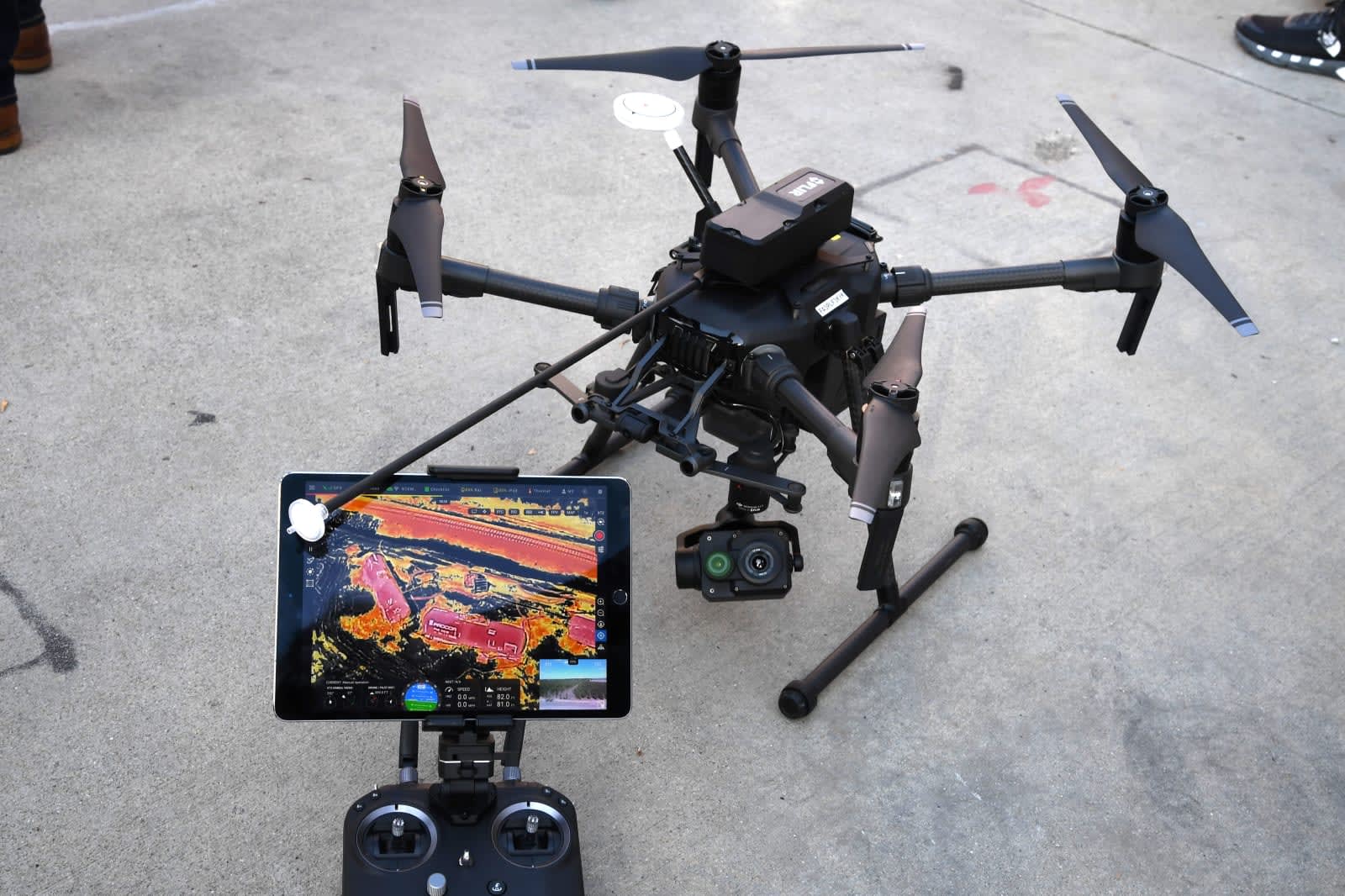 It's not just law enforcement finding success with drones. The Los Angeles Fire Department's Battalion Chief Richard Field told TechCrunch that he intended to double the drone fleet just five months after a partnership with DJI began. On top of the existing 11 drones, the new ones would provide help to "specialized resources," such as crews who deal with hazardous materials, urban search and rescue and swift water rescues. Existing units provide clearer viewpoints on blazes and help create maps for wildfires.

It's not certain how soon the LAFD might grow its fleet, but he referred to it as the "next iteration" of the program.

To some extent, the early success is the result of extensive training. An LAFD pilot receives up to 80 hours of training -- that's more than any commercial drone operator, Fields claimed. That's not surprising when the LAFD's drones are involved in life-saving situations, but it does show that drones' effectiveness is linked tightly with that of their operators.

This could represent a peek at the future of firefighting. The LAFD is one of the largest fire departments in the US, having responded to nearly 500,000 calls in 2018 alone. Whatever successes it has with drones could serve as examples for other departments hoping drones will provide a better perspective (and better data) for their own firefighting efforts.

Source: TechCrunch
In this article: dji, drone, firefighters, firefighting, gear, lafd, los angeles, robots, search and rescue
All products recommended by Engadget are selected by our editorial team, independent of our parent company. Some of our stories include affiliate links. If you buy something through one of these links, we may earn an affiliate commission.