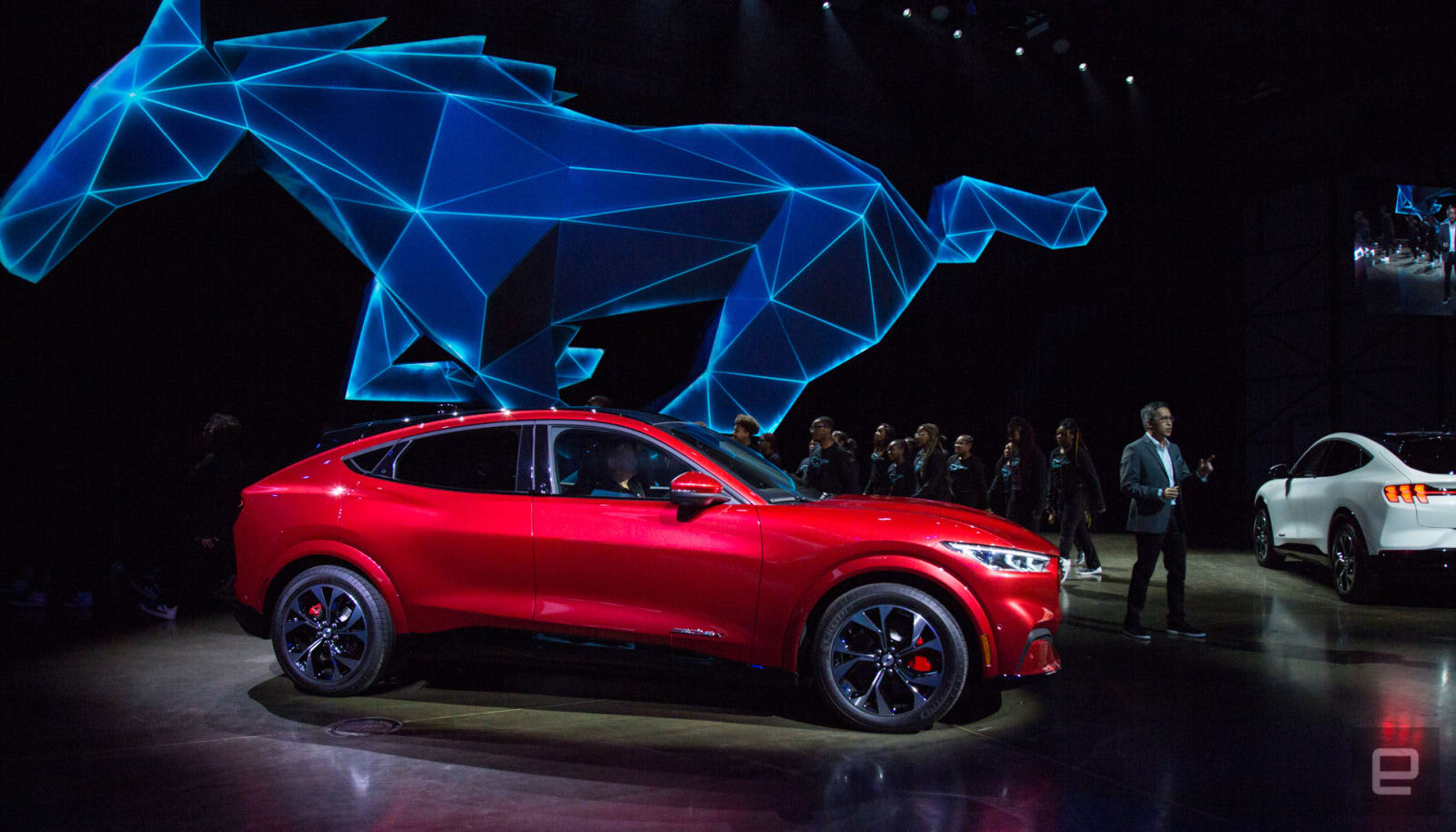 There are plenty of people who like the thought of a Mustang-branded electric SUV, apparently. Ford has confirmed to Roadshow that the Mustang Mach-E First Edition is sold out in the US. If you wanted to be one of the earliest of early adopters for the EV, you're out of luck. The automaker didn't say how many vehicles that represented, but Ford previously said that battery supply constraints would limit overall Mach-E production to 50,000 vehicles in the first year of production. Given that the First Edition is likely a small portion of that number, you may have a hard time spotting the special-run car on the road.

Don't despair too much if you want the electric Mustang relatively quickly. The not-quite-entry-level Premium model is still due to arrive in late 2020 (not far behind the First Edition) as of this writing. It's the Select, California Route 1 and GT variants that won't arrive until early 2021. You can still impress all the kids on your block, but you can't be too picky about how you do it.

The Mach-E's early sales performance won't make Tesla too nervous (at least, not right away) when that company just delivered 97,000 EVs in a single quarter. Ford's vehicle is generally priced above the Model 3, mind you, and it's also Ford's first from-scratch mainstream EV. The brand doesn't have Tesla's experience with EVs, let alone giant factories to keep up with demand. The greater challenge is sustaining and expanding on that momentum. Ford is a titan in the automotive world, but it still has a lot of work to do if it wants to compete with Tesla in terms of sheer numbers.

Via: Roadshow
Source: Ford
In this article: car, cars, electric car, electric vehicle, ev, ford, gear, green, mustang, mustang mach-e, transportation
All products recommended by Engadget are selected by our editorial team, independent of our parent company. Some of our stories include affiliate links. If you buy something through one of these links, we may earn an affiliate commission.