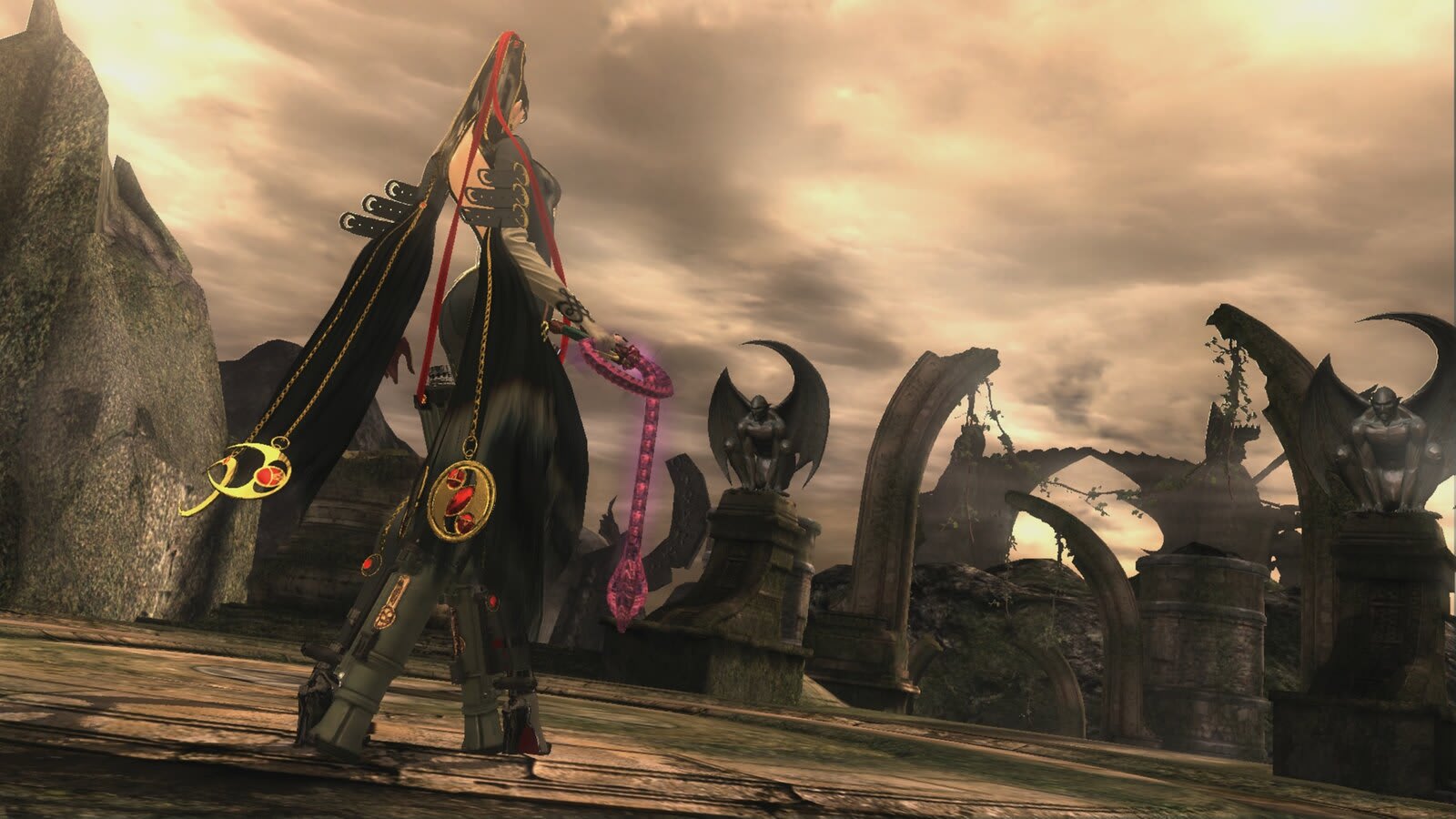 Last week, multiple retailers leaked the existence of a Bayonetta and Vanquish bundle for PS4 and Xbox One. Today, we have confirmation that the compilation is on its way and that the PS4 Pro and Xbox One X owners will be able to play the games in 4K at 60 FPS. Collectors will be happy to learn that the physical version will come packed in an embossed SteelBook case.

Gamers who have already played these cult classics may want to give them another whirl in 4K, while those who haven't owe it to themselves to try them out. Bayonetta is arguably one of the best 3D action games around. It borrows from the Devil May Cry formula -- developer PlatinumGames is made up of several Capcom vets -- but is even more frenetic, stylish and ridiculous. Vanquish puts a Japanese twist on the western third-person over-the-shoulder action game with a tokusatsu-style power suit, loads of crazy weapons and an addicting power-slide mechanic.

If you don't care about the SteelBook case, you may want to pre-order the digital version of the game to get a free console theme, at least for PS4 -- we haven't heard anything about pre-order bonuses for Xbox One owners yet. Bayonetta & Vanquish 10th Anniversary Bundle will be out on PS4 and Xbox One on February 18 for $39.99. Bayonetta 3 was announced as a Nintendo Switch exclusive almost two years ago to the day. Since then, we've heard very little. But hopefully this bundle is an indication that PlatinumGames is still dedicated to the series.

Source: Sony
In this article: av, Bayonetta, games, gaming, microsoft, platinumgames, ps4, sony, Vanquish, xbox one
All products recommended by Engadget are selected by our editorial team, independent of our parent company. Some of our stories include affiliate links. If you buy something through one of these links, we may earn an affiliate commission.