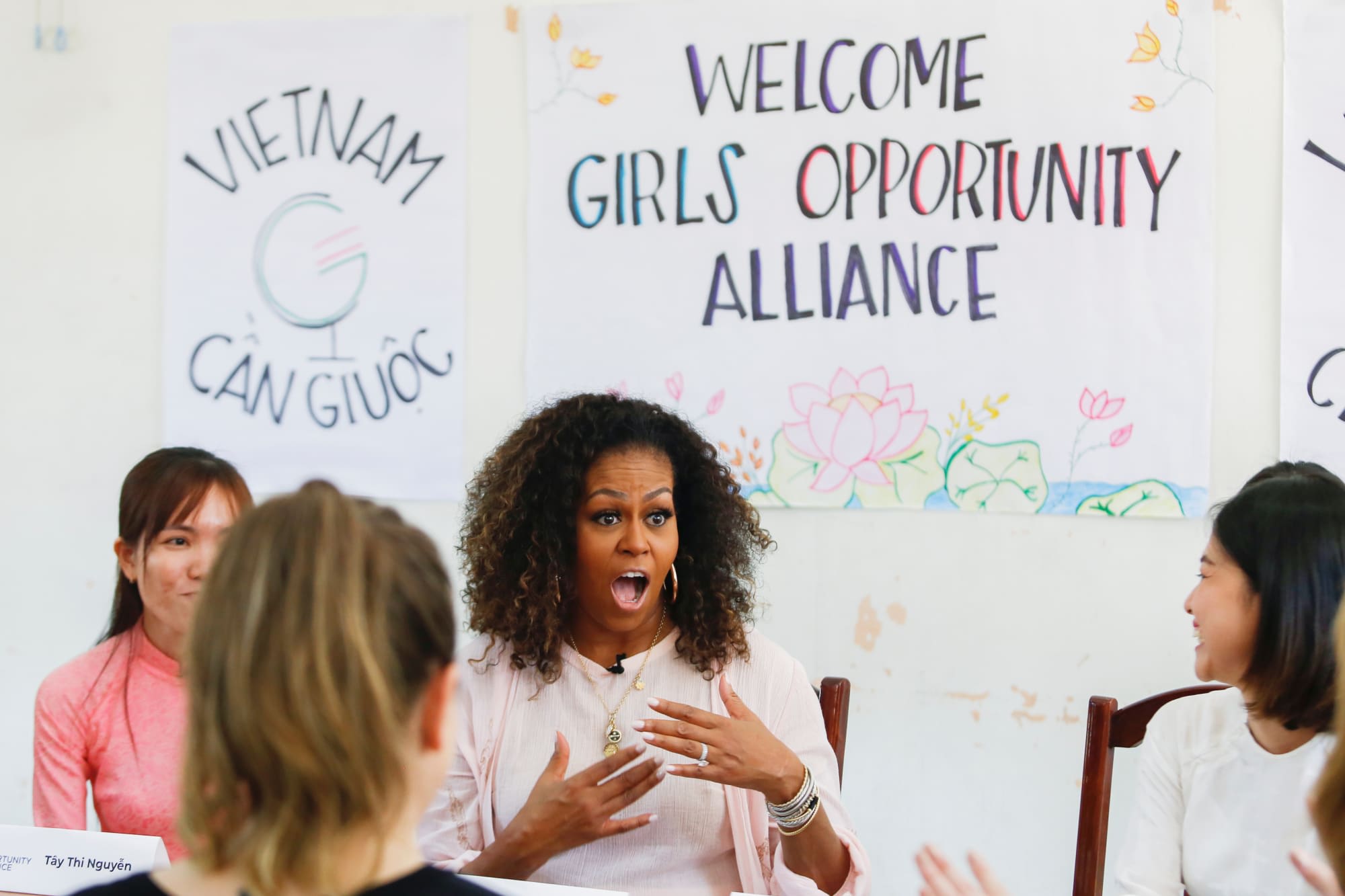 Unless you closely follow some of the biggest content creators on YouTube, you're probably unfamiliar with the company's Creators for Change initiative. Since 2016, YouTube has worked with some of its most popular stars, such as AsapSCIENCE, to create videos that highlight important social issues. Now YouTube plans to create an original series inspired by the initiative, starting with an episode that will star Michelle Obama.

On Monday, YouTube announced that it has partnered with the former first lady to produce a special episode called Creators for Change with Michelle Obama: Girls' Education. The episode, set to air next March on the company's Learning channel, will document a recent trip Obama took to Vietnam, and will showcase the work her Girls Opportunity Alliance program is doing there to promote the education of adolescent girls. In addition to Obama, the special will feature guest appearances from YouTuber Liza Koshy, Today co-host Jenna Bush Hager, and actors Julia Roberts, Ngô Thanh Vân and Lana Condor. Subsequent episodes of Creators for Change will highlight the organization's efforts in India and Namibia, with a different slate of YouTubers traveling to those countries.

Moving forward, you can expect Creators for Change to feature other "international luminaries" and YouTube creators. What will tie together the disparate episodes is a focus on issues that are important to their hosts.

Michelle Obama is no stranger to YouTube Originals. Earlier this year, she helped kick off the company's Booktube series, which sees YouTubers talking to famous authors like Obama, Malcolm Gladwell and Margaret Atwood about their books. That video alone has almost 1.6 million views, making it easy to see why YouTube decided to partner with Obama.

Via: Deadline
Source: YouTube
In this article: av, Creators for Change, entertainment, Girls Opportunity Alliance, google, internet, Michelle Obama, YouTube, YouTube Originals
All products recommended by Engadget are selected by our editorial team, independent of our parent company. Some of our stories include affiliate links. If you buy something through one of these links, we may earn an affiliate commission.