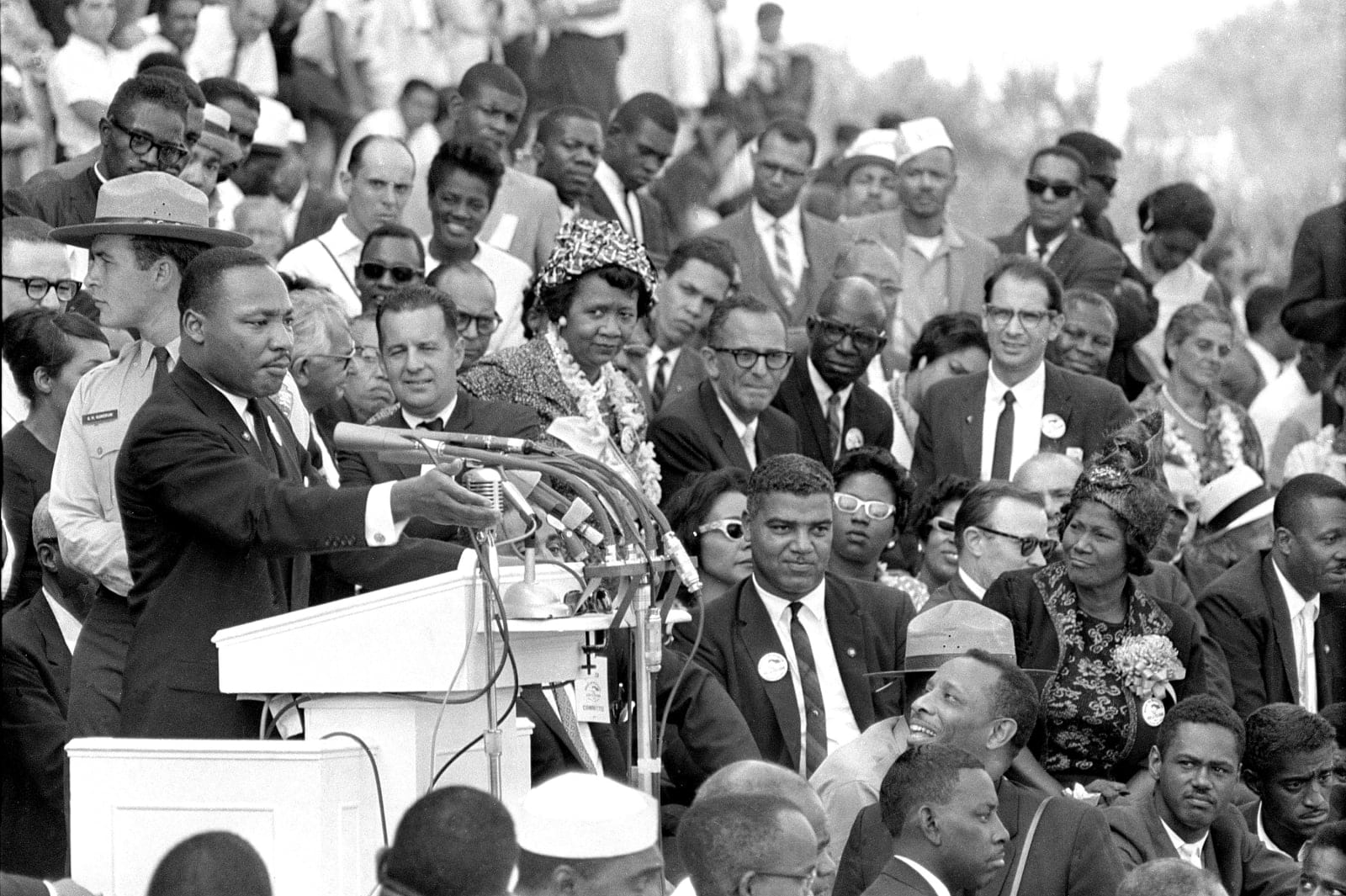 For many people, Dr. Martin Luther King Jr.'s March on Washington and the famous "I Have a Dream" speech exist as little more than photos and soundbites -- only the 200,000-plus people who were there can give you a sense of what it was really like. Time Magazine, however, hopes to recreate that experience as best it can. It's releasing a virtual reality museum experience, The March, that will recreate King and his speech in VR for the first time. The exhibit will use a mix of photogrammetry (taking measurements from photos), motion capture, AI and 3D rendering to give a sense of what it was like to see King speak in front of the Lincoln Memorial on August 28th, 1963.

The project was executive produced by Viola Davis and producer Julius Tennon with the approval of King's estate. It'll premiere at Chicago's DuSable Museum of African American History on February 28th, 2020.

It's hard to say how accurately The March will reproduce King's campaign. However, this joins a growing collection of historical VR projects that use the immersive technology as a way of recreating the visceral sensations of the people who were there. Ideally, these initiatives help you understand the significance of an event in a way that a canned video clip never could.

Source: Time
In this article: chicago, civil rights, education, gear, history, julius tennon, martin luther king, museum, time, time studios, video, viola davis, virtual reality, vr, wearables
All products recommended by Engadget are selected by our editorial team, independent of our parent company. Some of our stories include affiliate links. If you buy something through one of these links, we may earn an affiliate commission.