Since its inception, Byton has been touting its in-car experience as driver-centric. So while the company's electric cars aren't on the road yet, it's back at CES to show off the latest iteration of what it'll be like to sit in their vehicle when it launches in China in mid-2020.

The latest user-experience update is a cleaner, more robust version of a system we've already seen. But the news is really that the company announced that it would be partnering with Garmin for its wellness feature. Garmin is one of the biggest names in the health field, snagging them as a partner was smart. 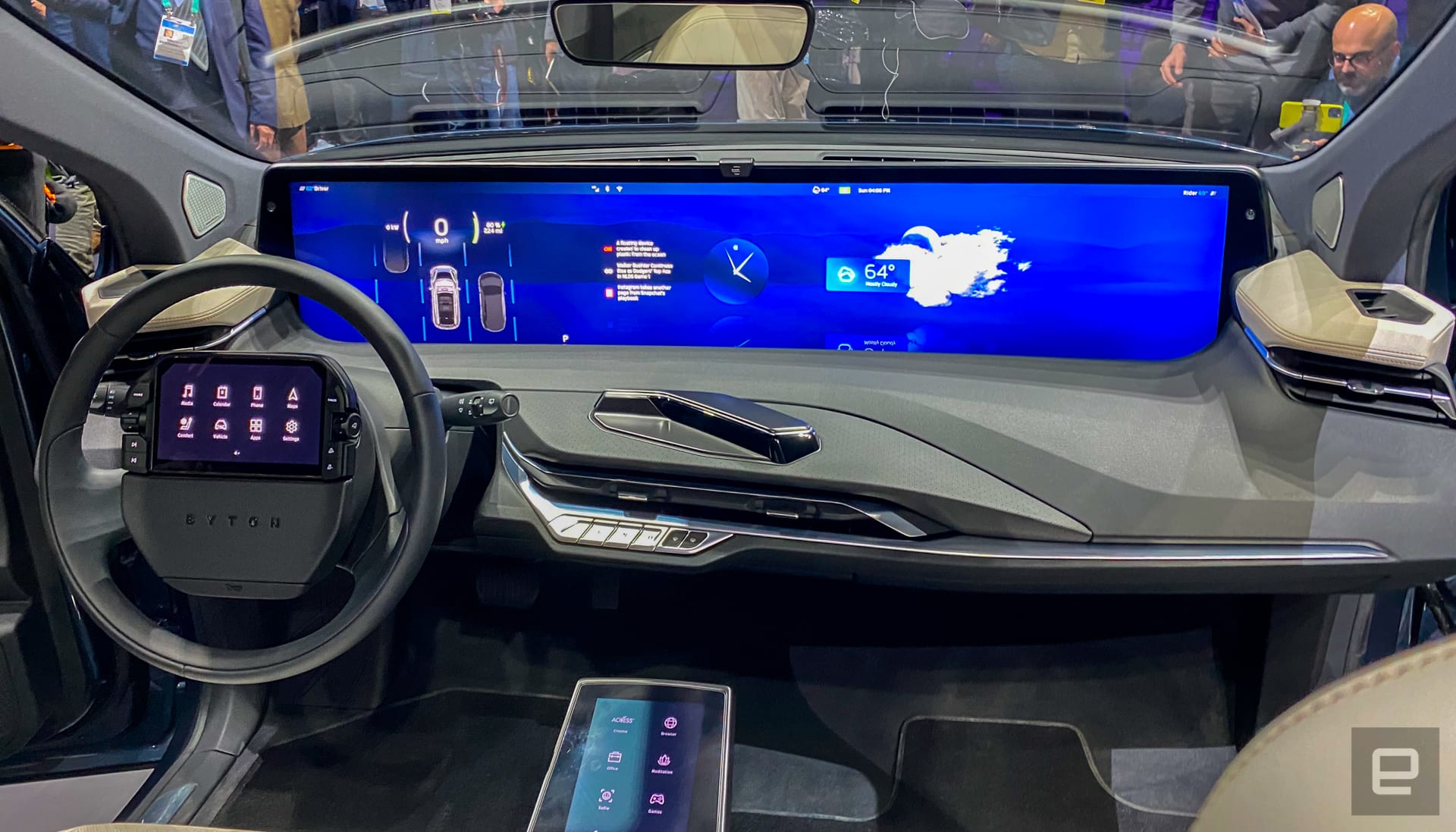 On the entertainment front, the automaker announced that ViacomCBS would be delivering an impressive amount of content to the vehicles when it hits the roads. During the presentation, we saw clips from the latest Terminator film which is always an odd choice for a technology company. Because of the whole robots taking over the Earth plot.

As for productivity, the company showed off video conferencing and the ability to see Powerpoints on the giant display. Fortunately, the system only works while the vehicle is in park. Good news for everyone else on the road. No one wants to get into an accident because they were super into a sales chart.

Finally, the company also announced a developer program and showed off a few early participants including AccuWeather and Xperi.

The Byton M-Byte will be launching in China in mid-2020. The US, company expects to be selling cars sometime in 2021 with California being the primary market. The automaker currently has 60,000 reservations for its vehicle and when it does land in the US, it has a partnership with Electrify America for charging.