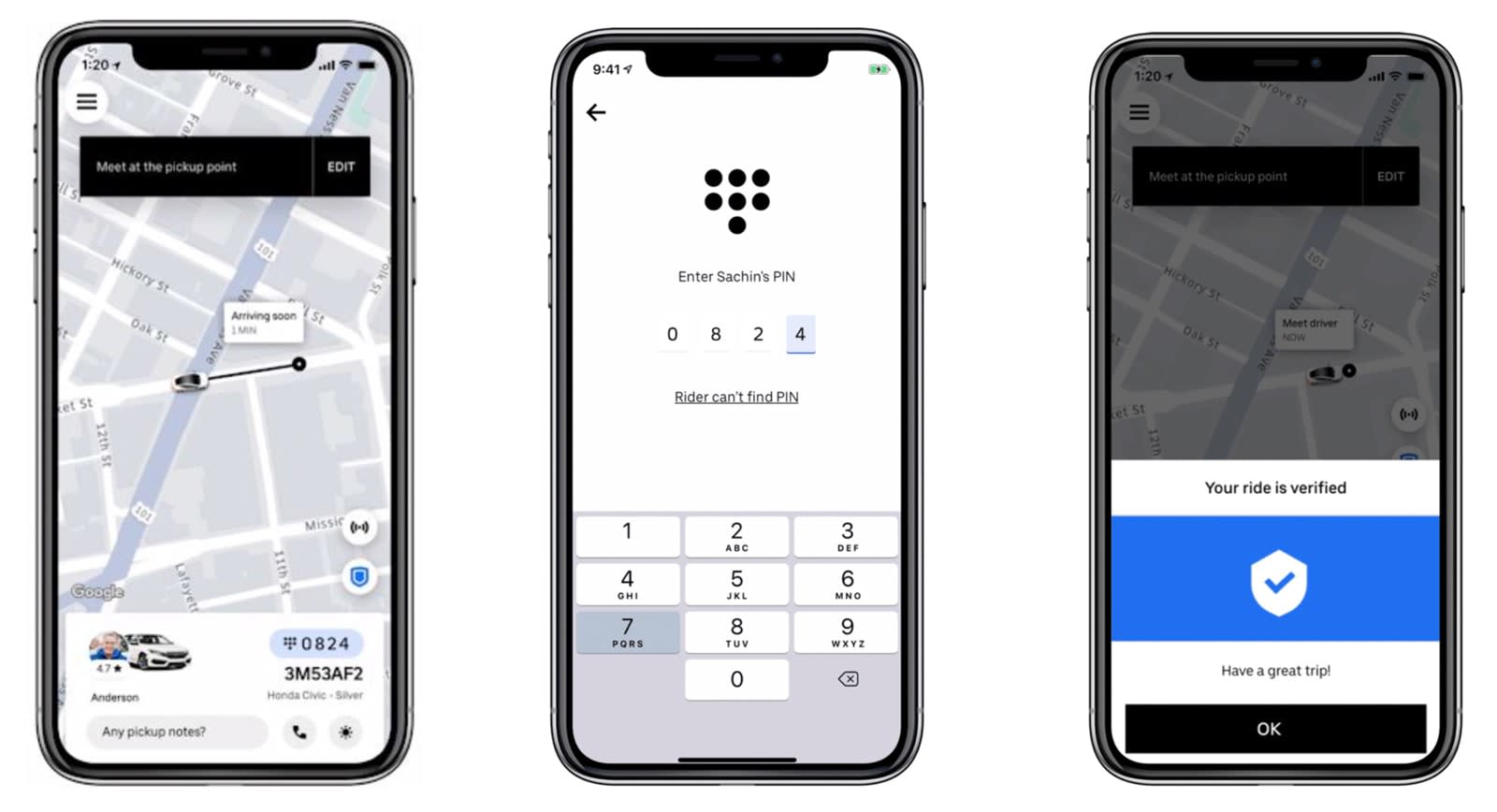 Uber is taking more steps to prevent riders from getting into the wrong car. As of this week, all passengers in the US and Canada will have the option of supplying a PIN code to their driver to verify that they're in the right vehicle. Enable the feature in your settings and you can require PIN verification for every ride, or just for night trips (9PM to 6AM). The trip won't officially start until the driver enters the code.

The company first previewed the feature in September. Until now, though, it was only available as part of a seven-city pilot that started in December.

While unstated, the feature is clearly a response to the murder of student Samantha Josephson, who entered the wrong car after hailing an Uber. Although Uber has long displayed the car model and license plate number of drivers after hailing them (it started sending push notifications to this effect in April), not everyone pays attention -- and those that do might still hop in the wrong car. PIN codes theoretically prevent similar tragedies, although the voluntary nature may limit use to people who are already cautious about the cars they enter.

In this article: gear, internet, ridesharing, safety, services, transportation, uber, video
All products recommended by Engadget are selected by our editorial team, independent of our parent company. Some of our stories include affiliate links. If you buy something through one of these links, we may earn an affiliate commission.