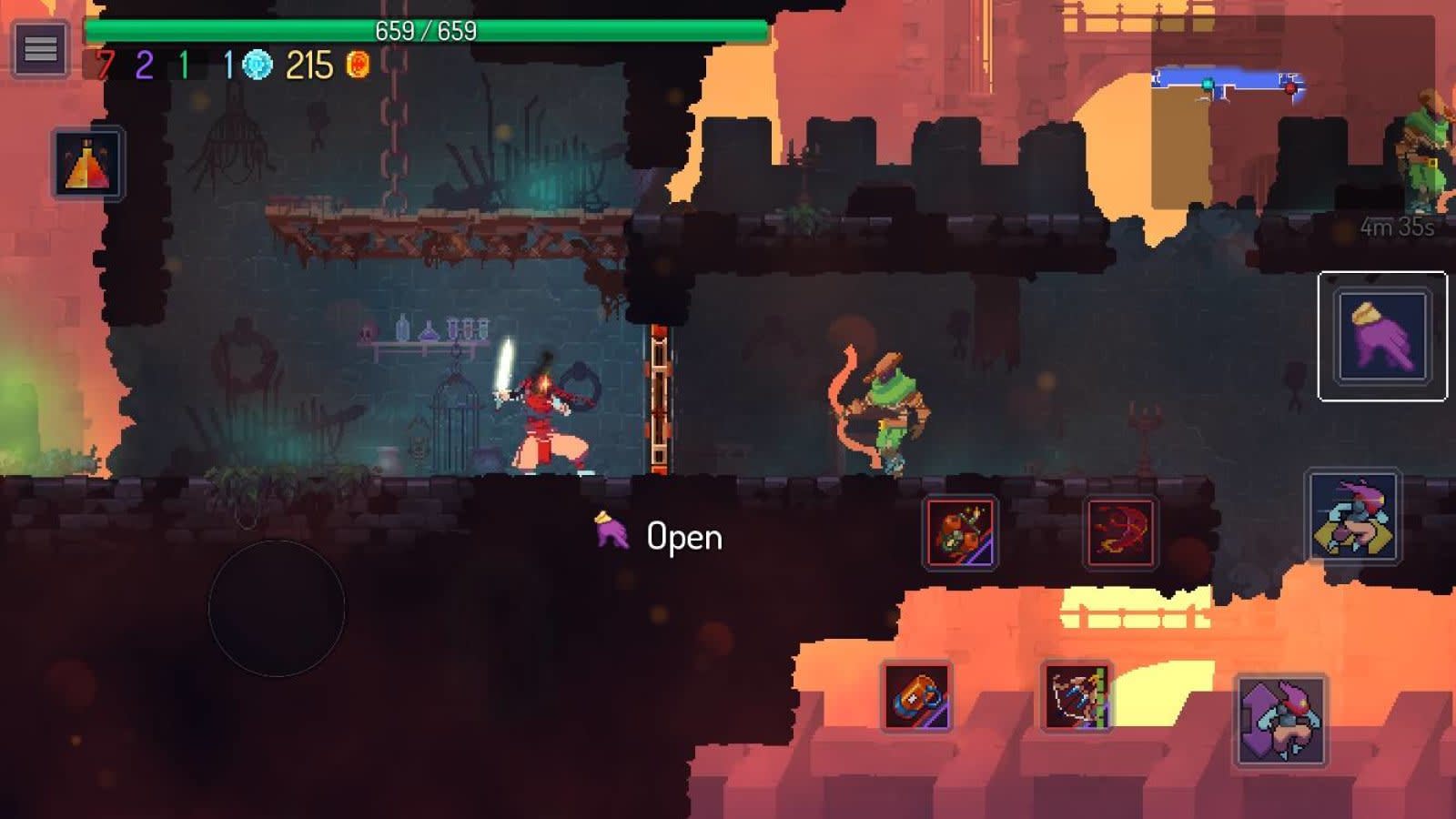 While it's probably not fair to call it a delay, it's been a while since we've heard anything about the Android version of Dead Cells. The game's mobile release was initially announced by developer Motion Twin this past May, with the iOS version coming out as promised over the summer. Now it looks like Android owners will get a chance to play the tough-as-nails Metroidvania game almost a year after their iPhone-owning counterparts.

In a tweet first spotted by Android Police, the game's publisher, Playdigious, says it will release Dead Cells on Android sometimes in the third quarter of 2020. That means the game could make its way to Google's operating system anytime between the beginning of July and the end of September.

Once it does arrive, it'll likely include a lot of the same tweaks that Motion Twin added to the game when it ported it over to iOS. On the iPhone, you can tweak the interface by changing the size and position of the controls to your liking. It will also be interesting to see if Motion Twin and Playdigious decide to port over the Dead Cell's recent Legacy update, which allows players to revisit older versions of the game. We'll let you know once we have a solid release date.

In this article: Android, av, Dead Cells, gaming, google, ios, metroidvania, mobile, mobile gaming, motion twin, playdigious, roguelike
All products recommended by Engadget are selected by our editorial team, independent of our parent company. Some of our stories include affiliate links. If you buy something through one of these links, we may earn an affiliate commission.