The nicest shark in Eureka Park

Sometimes 'Shark Tank' comes to the startups too.

A lot of people at CES know Mindy Zemrak. On Thursday, she strode no further than five meters into Eureka Park, the show's startup section, when someone heard her voice and turned around. It was Dmitri Love, founder of a crypto-investment platform called Bundil that appeared on the TV show Shark Tank two seasons ago and earned an investment from Kevin O'Leary.

Zemrak is the head of casting, and hence the main gatekeeper, for Shark Tank. She has been with the show, where budding entrepreneurs make their best pitches to a panel of business giants, from its very first season until now, when it's preparing for its 12th. For the past few years, the start of every season's casting has begun here, with a trip to CES.

Around six years ago, Zemrak recounts, apps, gadgets and other tech products began appearing more on the show. Zemrak and her team started making the annual January pilgrimage to Las Vegas. It's reaped some rewards. Not so long ago, for instance, they were pitched by smart padlock company BenjiLock at CES; the company made it all the way to the TV studio.

Hundreds of startup founders will line up morning until night to present quick pitches to her on Friday. But what they don't always know is that the day before CES ends, Zemrak and her team were already scouting the floor. If a business got lucky, the casting producers might come for a visit.

Zemrak's method of making sense of the literal and metaphorical noise of Eureka Park is whatever catches her eye. The team hasn't pre-researched the companies. But her brain is a repository of startups.

"I could walk down every aisle and tell you 'they applied,' 'they were on,' 'they got a deal' -- it's ridiculous," Zemrak said. "It's useless knowledge, but it comes in very handy."

On Thursday around noon, Zemrak's team of five set out to divide and conquer the sea of startups. Zemrak took the smart home section.

Her head was on a swivel: She needed no more than a 10-second glance at each booth to size it up and decide if she should walk up to the eager staff on hand. 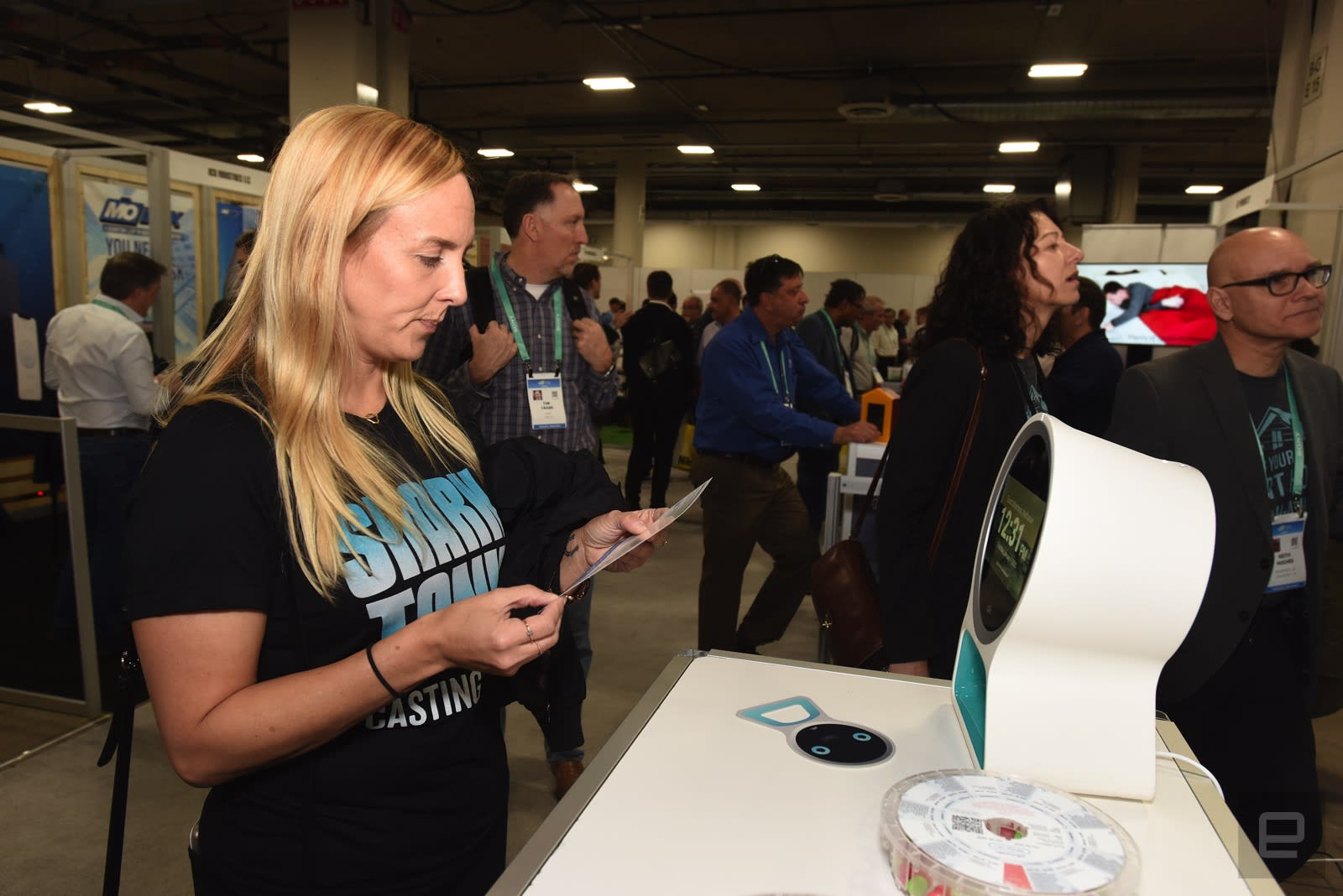 If she did, Zemrak listened for anything unique or trendy about the product. Robots, for instance, haven't been a large presence on the show lately.

But also, working in TV, she was listening for a good story.

Zemrak was always attentive, always energetic, in her replies. At times, an entire team of six would gather around her, smiling and hanging on every word.

After the pitch, she wanted to know if a company was US-based -- the only ones eligible for her show.

A German maker of air purifiers told her no. "Ah crap!" she said. "Well, I'll be a customer for sure!" 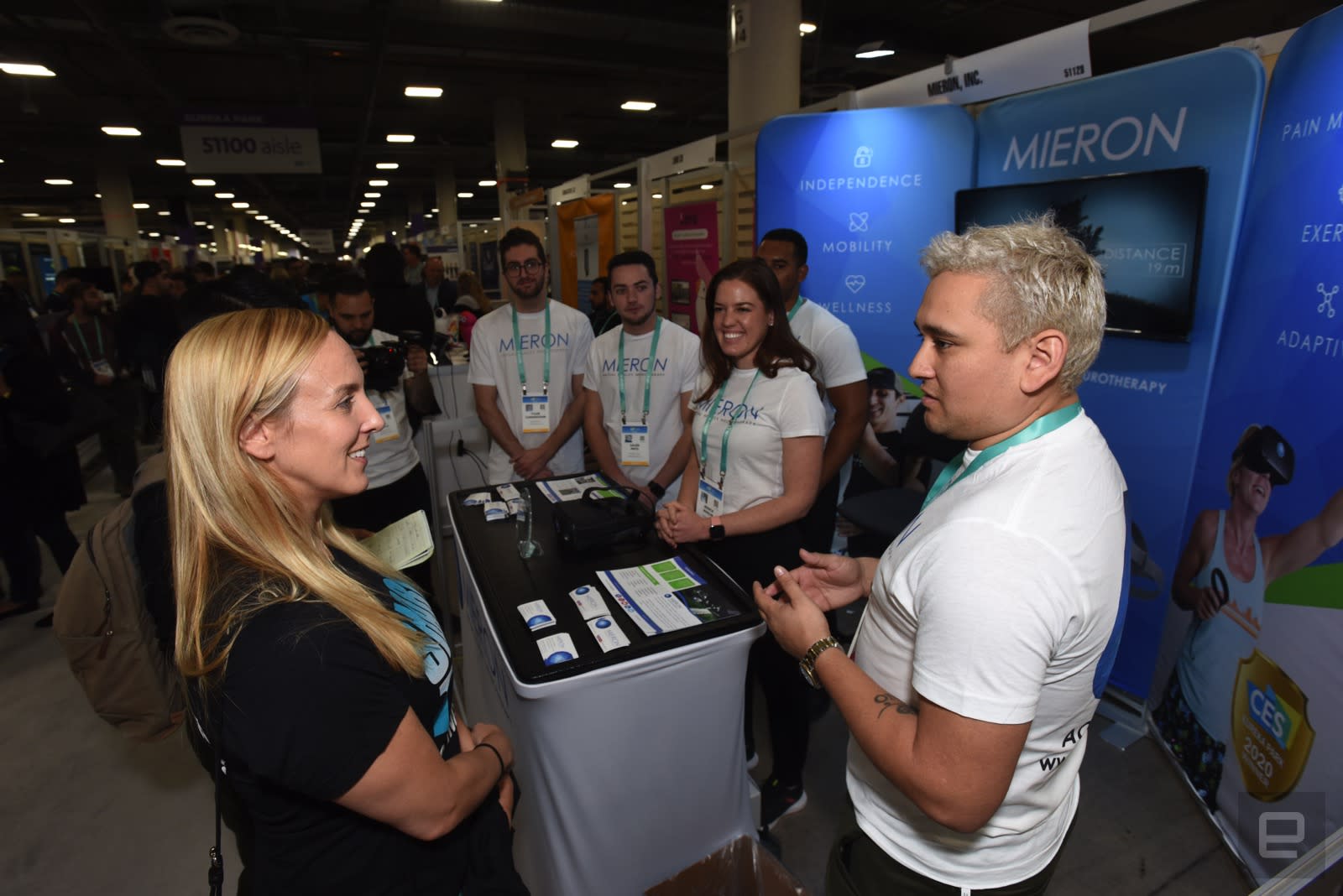 But if everything had worked out to this point, she would ask if the team was interested in Shark Tank.

"I was watching it last night on CNBC," said a representative from Rocean, whose company filters, flavors and carbonates water from the tap. "We love it," was another response, perhaps not surprising in a hall full of small business owners.

Another unsurprising reply would come when she'd ask if a team was looking for investment. In most cases, who wasn't?

Then Zemrak would take a business card and explain that she'd set up a 30-minute call once she was back in LA. Every card, she said, would lead to a call.

This process happened nearly a dozen times in less than an hour. Still, because people knew Zemrak, sometimes events happened out of the blue.

"Mindy! How are you? Can I give you a quick demo?"

Zemrak was intercepted by a man who follows her on Facebook and was pitching Intelashelf, a tray with wireless charging, bluetooth speakers and a ceiling video projector.

"I'm glad you stopped me," Zemrak said after their chat. 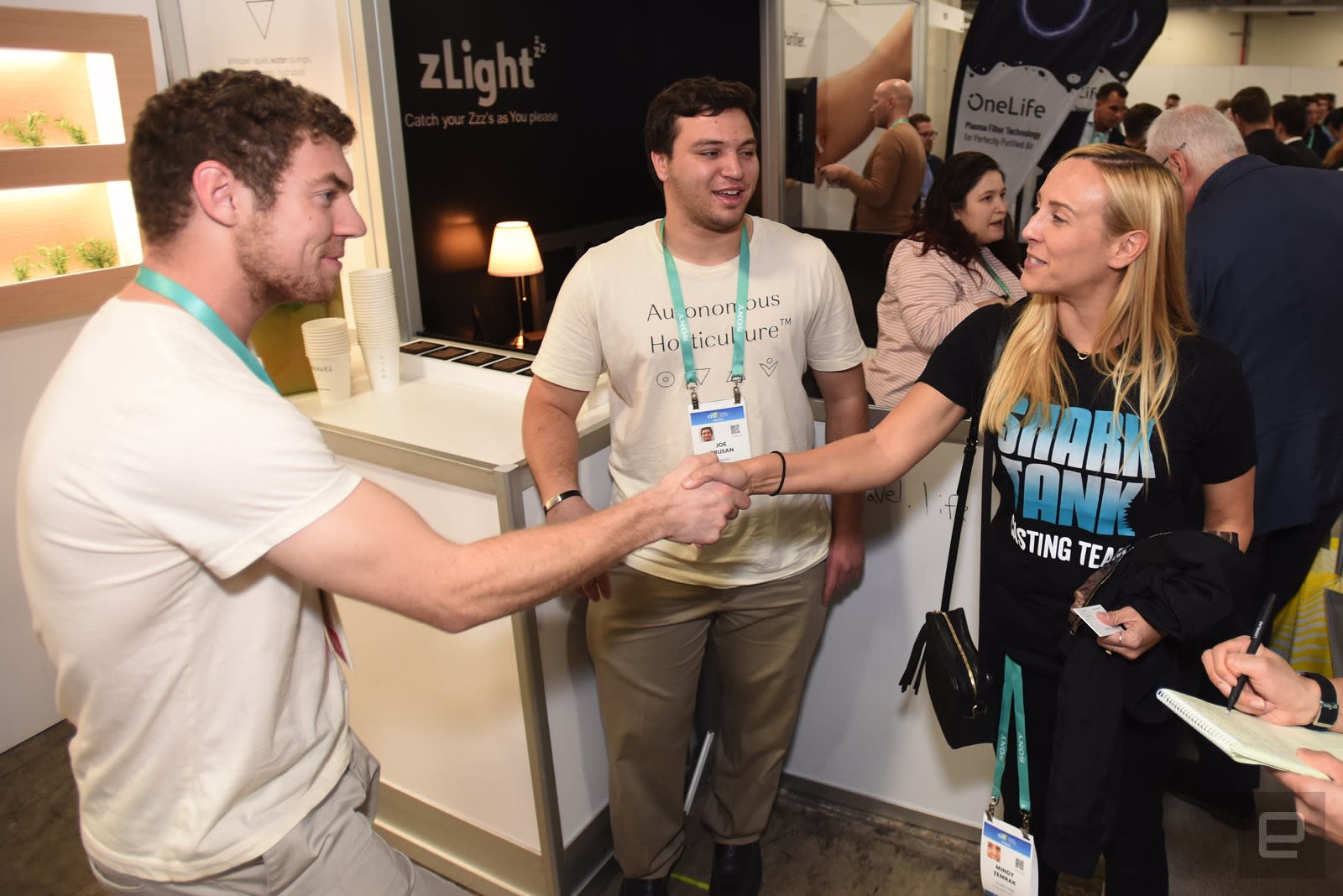 When she reached a busy intersection, her black Shark Tank T-shirt (printed on it: "Do you have what it takes?") proved to be a magnet. One company owner whose segment was filmed but not yet aired came for a chat, selfie and hug. Staff from a smart shower device maker asked what time to turn up for open-call pitches the next day. Later, an Italian man approached to ask if his company was eligible.

Within an hour, Zemrak had had more than a dozen conversations. She'd seen a smart bedroom light, a smart plant display, a VR physical therapy device. She hadn't even gotten close to level two of the Sands.

Casting for a season of Shark Tank started at CES and runs until the end of July. The search for candidates will take Zemrak and co everywhere from the Outdoor Retailer show in Denver to the Toy Fair in New York City to the Natural Products Expo in Anaheim, California.

It's a marathon of pitches. Still, when she saw Go Dogo, a home training system for dogs, she got drawn in. Her first question this time was "Are you US-based?" No, the woman replied, the company is from Denmark. Zemrak has a dog. She stopped for a demo anyway, and even signed up for the mailing list.