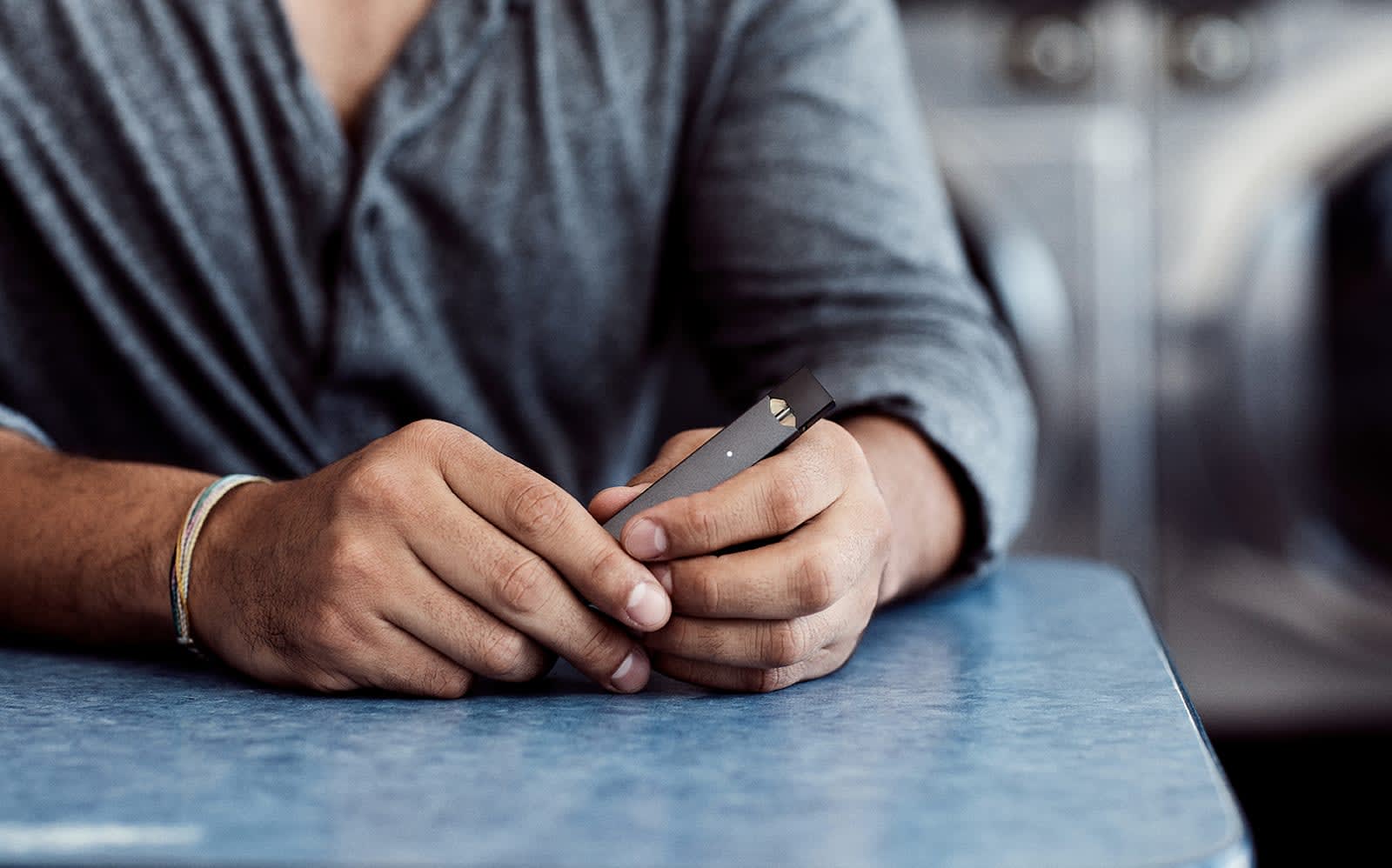 It's not just Americans who won't have access to Juul's fruity pods anymore. The company will also temporarily stop selling its mango-, vanilla-, fruit- and cucumber-flavored vaping products in Canada, according to CNBC, CBC and other sources. Michael Nederhoff, Canadian Juul Labs' general manager, has reportedly sent a letter to retailers and distributors, telling them that the company will no longer resupply them with those flavors after their stocks run out.

CBC says Nederhoff told retailers in the letter that the company won't be pulling their current stocks. Also, he wrote that Juul might still bring back those flavors "under the guidance and regulation of Health Canada," though it's stopping their production for now. Once the flavored options run out, only the tobacco and mint options will be available for purchase.

Juul stopped selling its fruity products in the US back in October 2019. In November, it stopped selling its mint-flavored vapes, as well. While those flavors may eventually be back in Canada -- mint, as mentioned earlier, will still be available in the country -- the same can't be said for the US market. The FDA officially banned their production and sale earlier this month in an effort to curb teen vaping.

Source: CNBC, CBC, The Logic
In this article: business, canada, gear, juul, vape
All products recommended by Engadget are selected by our editorial team, independent of our parent company. Some of our stories include affiliate links. If you buy something through one of these links, we may earn an affiliate commission.