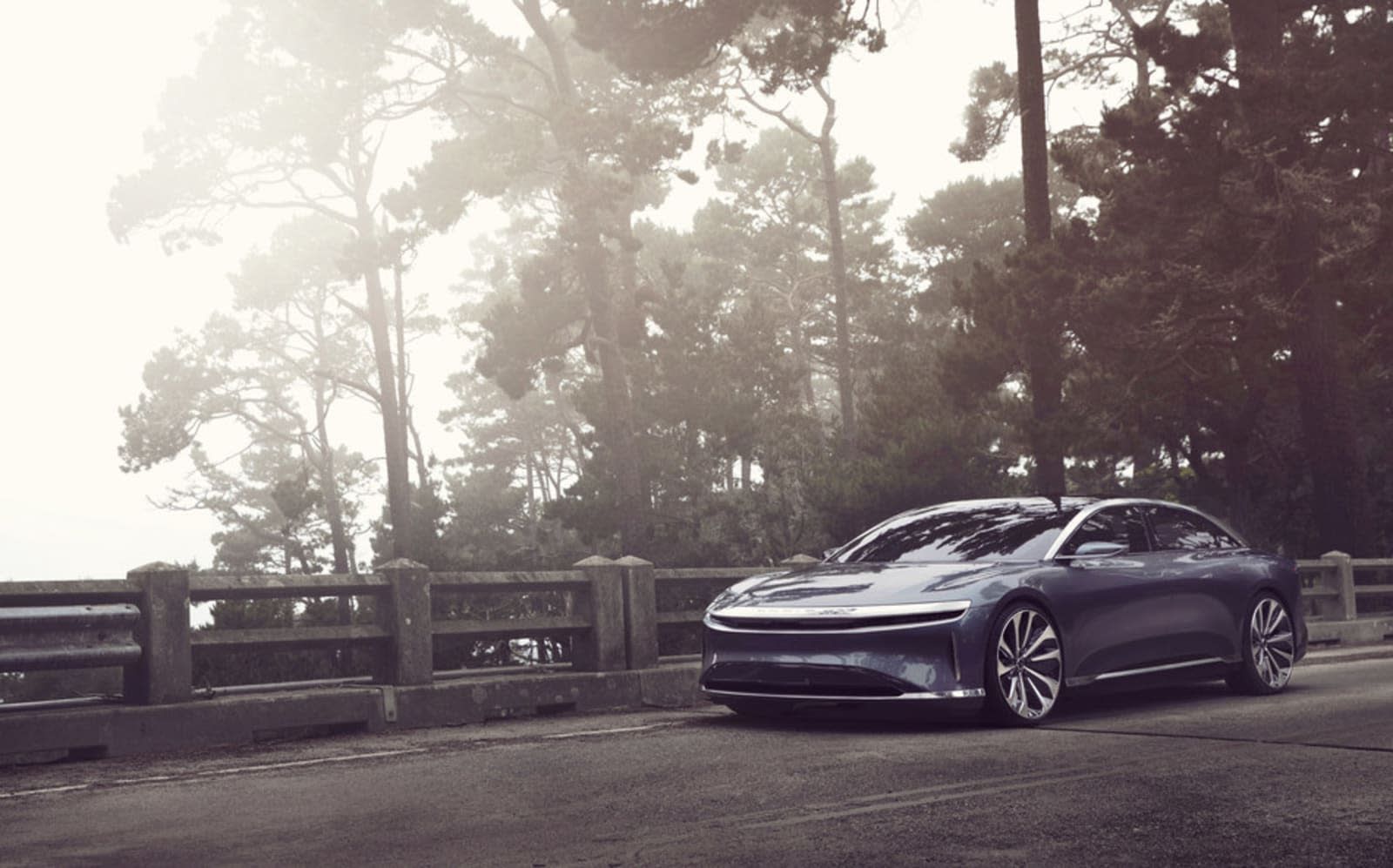 Last week, Lucid Motors unveiled a production model of its electric sedan the Lucid Air. The company has been struggling to bring the vehicle, which it first unveiled in 2016, to the market, and it isn't planning to unveil its customer-ready version until April. In the meantime, though, Lucid Motors is opening pre-orders in Europe, where it expects to begin deliveries in 2021.

For the equivalent of $1,000, early adopters in select European countries can claim the Lucid Air. According to the company, "high demand in the EV-friendly region accelerated these plans." The announcement puts Lucid on the hook to deliver, which is something that it and other companies (looking at you Faraday Future) have struggled with.

When the Lucid Air was first unveiled, Lucid Motors claimed the luxury EV would have a 400-mile range, a combined 1,000 horsepower and a zero to 60 MPH acceleration of 2.5 seconds. It was poised to compete with the Tesla Model S, but four years later, the Lucid Air still isn't ready.

The company planned to invest $700 million in an Arizona-based EV factory, but it struggled to get financing in place. In late 2018, Lucid got a billion-dollar cash infusion from Saudi Arabia's sovereign wealth fund. Now, Lucid Motors says it expects the factory to be completed in late 2020.

Until then, Lucid is manufacturing 80 beta prototypes at its Silicon Valley headquarters. It plans to use those vehicles for comprehensive testing, including crash testing. There's still time for more setbacks, but the fact that the company is taking pre-orders in Europe could indicate a new level of confidence.

The vehicle will be available in Austria, Belgium, Denmark, Finland, France, Germany, Iceland, Italy, Monaco, Netherlands, Norway, Spain, Sweden and Switzerland. Lucid Motors says it selected those countries based on charging infrastructure, market acceptance and size. It plans to expand to other European countries and to produce a right-hand-drive model for the UK.

In this article: business, electric vehicle, europe, ev, gear, green, lucid air, lucid motors, luxury EV, preorder, PreOrders, transportation
All products recommended by Engadget are selected by our editorial team, independent of our parent company. Some of our stories include affiliate links. If you buy something through one of these links, we may earn an affiliate commission.