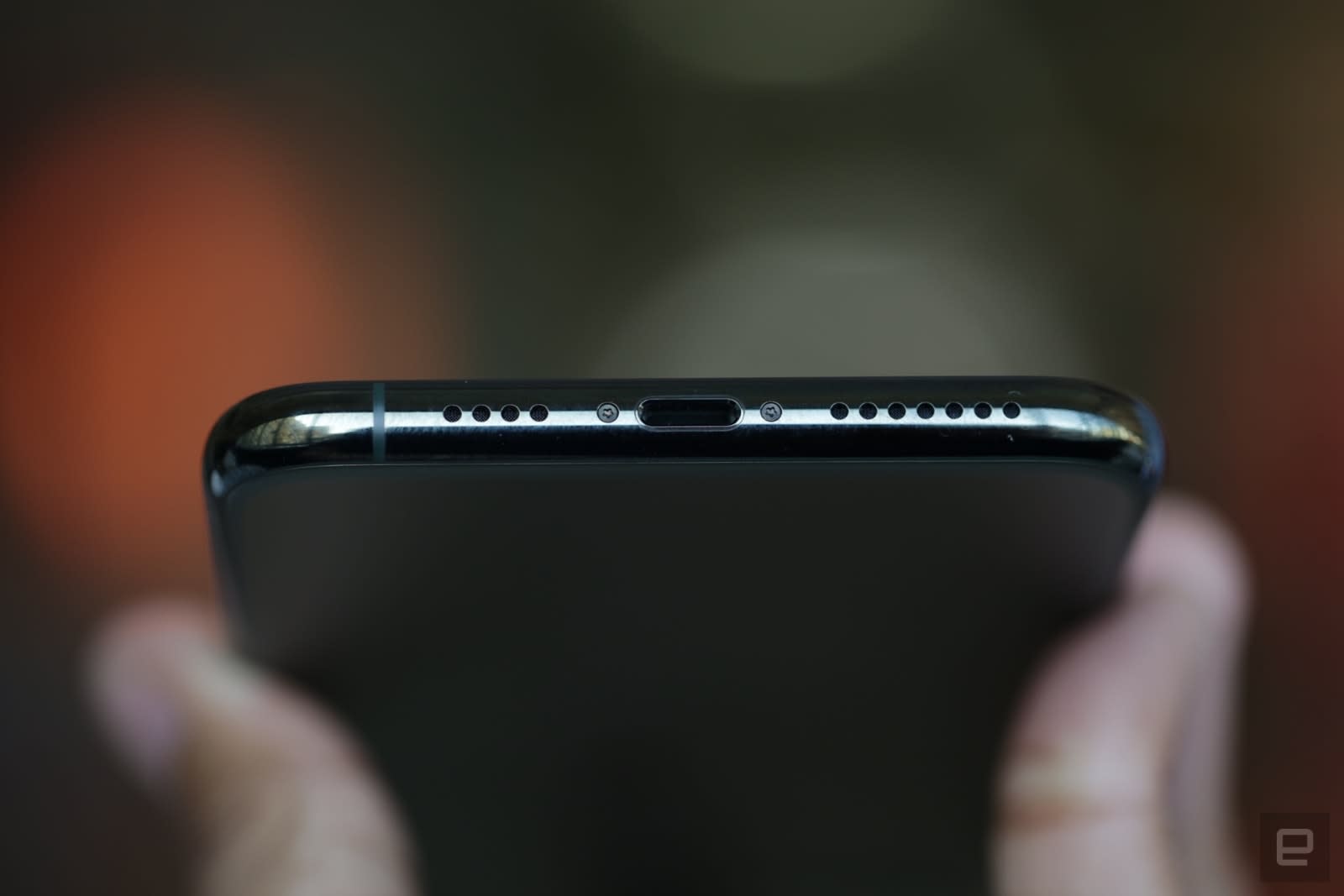 The European Parliament has renewed its push for a phone charger standard through an amended draft law, and it won't surprise you to hear that Apple has raised objections. The iPhone maker has issued a statement arguing that rules dictating a common connector in phones "stifles innovation" and would hurt the public more than it helped. To support its claims, the company commissioned a study from Copenhagen Economics claiming that a common charger move would cost €1.5 billion (about $1.7 billion), more than negating the €13 million ($14.4 million) in potential environmental benefits. It even suggested the EU might create an environmental problem by "disrupting" hundreds of millions of people who use Apple devices with Lightning ports.

Apple also felt that rules weren't necessary when the industry was already consolidating around USB-C, either through port changes or through cables (as with the iPhone 11 Pro). The industry has consolidated from "30 chargers to three, soon to be two," Apple said. It still hoped the European Commission would look for a solution -- just not one that hurt the industry's (read: Apple's) "ability to innovate."

You can read Apple's full statement below.

The EU has been pressing for harmonized phone charging for over a decade, arguing that it would reduce e-waste and simplify the experience for customers. You might not even need a new charger in the box alongside your new phone. To date, though, it has relied on a voluntary approach that it doesn't believe has been effective. Regulation would theoretically push exceptions like Apple to do what they won't on their own accord.

Whether or not mandatory adoption would help isn't clear. While USB-C has made life considerably easier in the smartphone world, it didn't start reaching phones until 2015, or three years after Lightning (which included many of USB-C's design advantages) made its debut in the iPhone 5. Widespread adoption took a while after that. As genuinely helpful as a standard could be, there is a risk you could wait longer for meaningful advances.

"Apple stands for innovation and deeply cares about the customer experience. We believe regulation that forces conformity across the type of connector built into all smartphones stifles innovation rather than encouraging it, and would harm consumers in Europe and the economy as a whole.

"More than 1 billion Apple devices have shipped using a Lightning connector in addition to an entire ecosystem of accessory and device manufacturers who use Lightning to serve our collective customers. Legislation would have a direct negative impact by disrupting the hundreds of millions of active devices and accessories used by our European customers and even more Apple customers worldwide, creating an unprecedented volume of electronic waste and greatly inconveniencing users.

"We do not believe there is a case for regulation given the industry is already moving to the use of USB Type-C through a connector or cable assembly. This includes Apple's USB-C power adapter which is compatible with all iPhone and iPad devices. This approach is more affordable and convenient for consumers, enables charging for a wide range of portable electronic products, encourages people to re-use their charger and allows for innovation.

"Prior to 2009, the Commission considered mandating that all smartphones use only USB Micro-B connectors which would have restricted the advancement to Lightning and USB Type-C. Instead, the Commission established a voluntary, industry standards-based approach that saw the market shift from 30 chargers down to 3, soon to be two — Lightning and USB-C, showing this approach does work.

"We hope the Commission will continue to seek a solution that does not restrict the industry's ability to innovate and bring exciting new technology to customers."

In this article: apple, charger, eu, europe, european commission, european parliament, european union, gear, iphone, lightning, mobile, phone charger, regulation, standard, usb-c
All products recommended by Engadget are selected by our editorial team, independent of our parent company. Some of our stories include affiliate links. If you buy something through one of these links, we may earn an affiliate commission.