It's been almost a year since EA and Respawn shocked gamers by following up the Titanfall games with a new free-to-play battle royale shooter. Now, the team has revealed that for its first anniversary Apex Legends will add a new hero, Forge, and launch season four of gameplay and content add-ons. For existing players, there are some special "year one" login gifts, plus people who play between February 4th and 11th can nab 10k XP for their first match of the day, every day.

The new hero Forge appears to add some melee abilities to the mix, with "Shatter Gauntlets" that he can use to beat up opponents. According to his backstory, the character is a "five time hyperfighting federation champion" who joins the game with some corporate sponsorship attached. According to people who've poked around for leaks, some of the abilities they're anticipating make him seem a lot like Doomfist, the similarly-augmented hero-with-a-big-arm from Overwatch.

Update: Scratch that. It appears the "Forge" hero was a fake-out, who was unceremoniously dispatched by the real new hero for season four in a "Stories from the Outlands" video released today. Leaks indicate that the new character is Revenant, and all we know for sure is that they're very deadly. 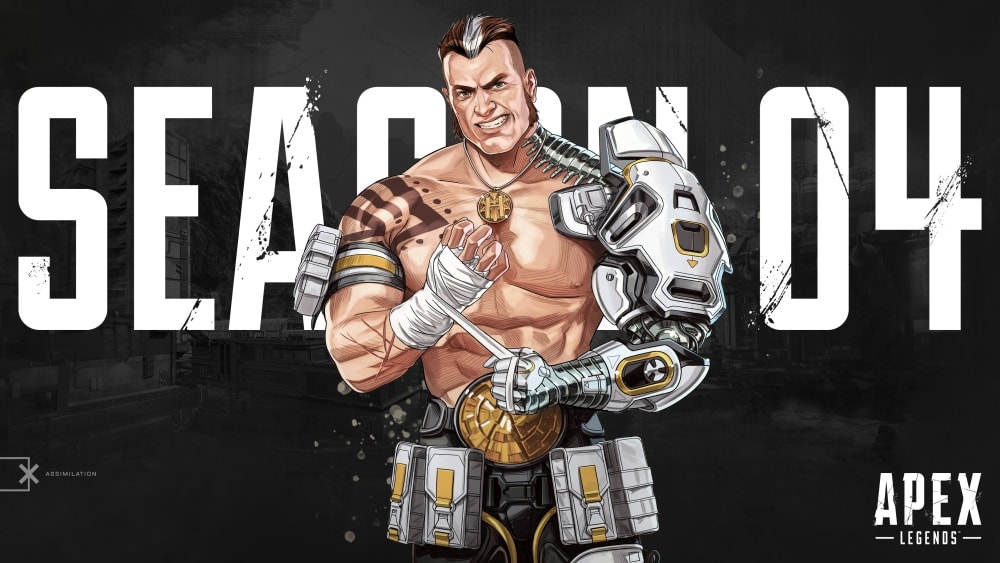 Otherwise, players can expect to see the map continue to change as well as a new setup for ranked gameplay that will begin with the launch of Season 4 "Assimilation." Also, for ranked players the season length will be cut in half, and after it splits for the second half they'll be playing in Kings Canyon, the setting that Apex Legends launched with last year. Finally, the Apex "Predator" tier will be hard-capped at the top 500 ranked players on each platform -- while high-ranked players will still be in the game's new Master Tier, they'll have to keep playing to avoid being bypassed and knocked out of Predator.

There's a new sniper rifle, the Sentinel, that's bolt-action, has a charge-up mechanic and promises to quickly cut through enemy armor. Naturally there's a new battle pass coming for season with skins, music packs and more, but you'll have to wait for more details. It's been an interesting year for the game, Respawn and EA. While it hasn't knocked Fortnite or others out of the lead in battle royale gaming, it still has a lot of players across all platforms, a place in esports with its ESPN X Games tie-ins and a place at the lead of EA's plans for games-as-a-service.