Samsung is working on an AirDrop rival called Quick Share for its Galaxy phones, according to XDA Developers. The publication was able to obtain a copy of the feature's APK from a source who reportedly has a Galaxy S20+ 5G, if that is indeed the phone's official name, so Quick Share might launch with Samsung's next flagships. Just like AirDrop, it will give you an easy way to transfer files between two Galaxy phones. You'll also able to choose whether to allow only your contacts to share files with you or to allow everyone nearby to send you memes, videos and other things.

You'll also be able to use Quick Share to stream files to supported SmartThings devices. To do so, it first has to temporarily upload files to Samsung Cloud and then stream them to a SmartThings device -- take note, though, that this feature seems to be limited to 1GB per send for a total of up to 2GB per day. 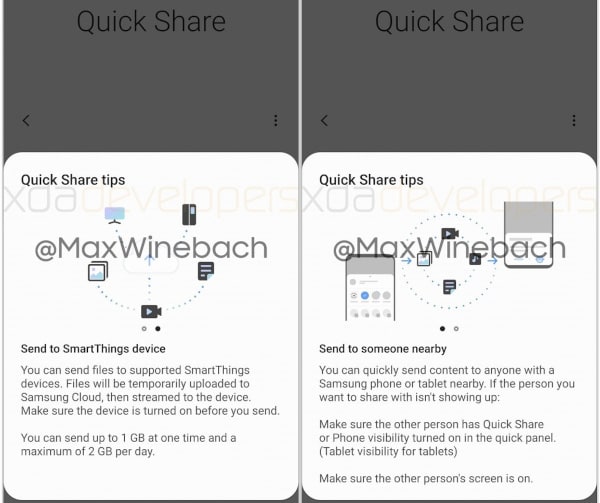 Since Samsung has yet to officially announce the feature, it's still unclear if it will also make its way to older phones. We might find out on February 11th at a Galaxy Unpacked event where the tech giant is expected to unveil its next flagship devices.