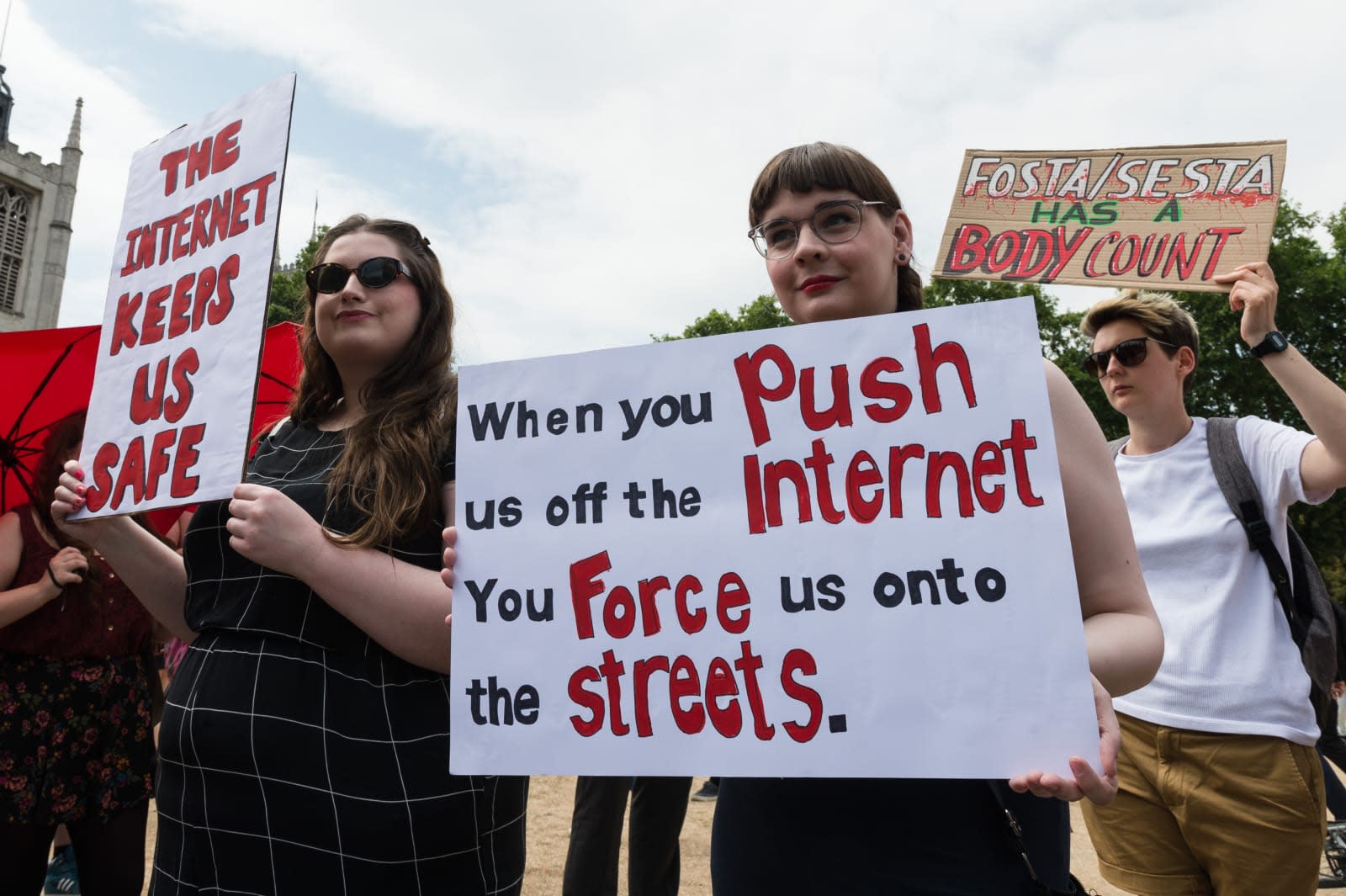 Civil liberty advocates are getting a second chance to challenge the legitimacy of the FOSTA-SESTA online sex trafficking law. An appeals court has reinstated a lawsuit claiming that FOSTA-SESTA violates First Amendment protections for free speech. While a judge had previously tossed the lawsuit on the grounds that plaintiffs Alex Andrews and Eric Koszyk didn't face a credible threat of prosecution, the appeals court disagreed. It determined that Andrews faced a real threat due to her sex worker support site, while FOSTA may have harmed Koszyk by denying him the ability to offer therapeutic massages anywhere on Craigslist.

Critics have argued that FOSTA-SESTA's language is too vague and affects many more people than sex traffickers, including sex workers looking for support, people advocating for legal prostitution and services like massages that are sometimes thinly-veiled ads for sexual services. The law has led Craigslist and other sites to shut down sex-related categories and sites out as a precaution.

This is only a temporary victory for the plaintiffs. They still have to convince a court that FOSTA-SESTA violates their free speech rights, and that's not guaranteed. Even so, it's a significant milestone for those who believe the law is having a chilling effect on the internet.

In this article: constitution, first amendment, fosta, fosta-sesta, free speech, gear, internet, law, lawsuit, politics, sesta, sex trafficking
All products recommended by Engadget are selected by our editorial team, independent of our parent company. Some of our stories include affiliate links. If you buy something through one of these links, we may earn an affiliate commission.