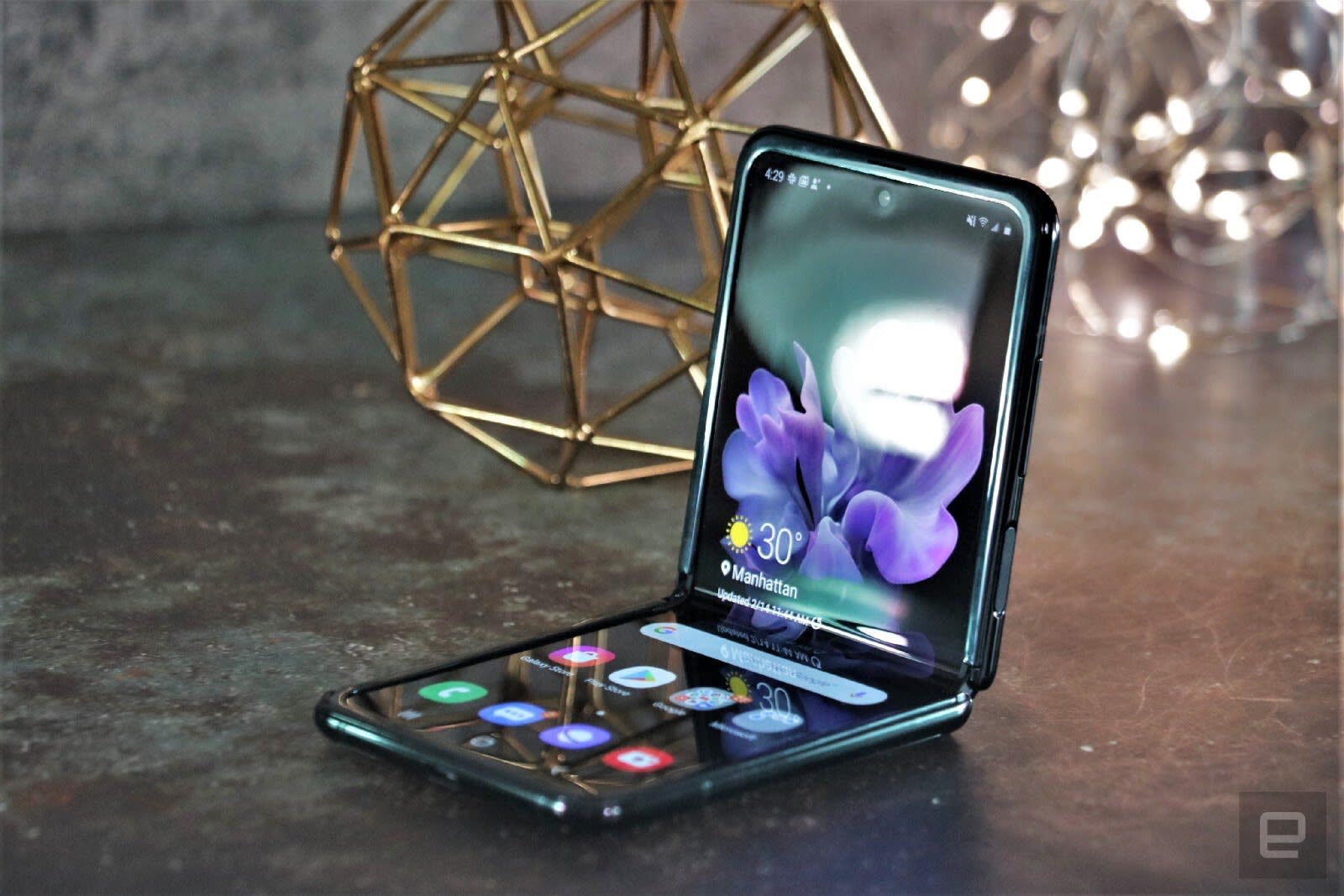 Last week Samsung announced and almost immediately released its foldable Galaxy Z Flip, but only in "limited" quantities that dried up almost as soon as they appeared, unless you spot one in a store somewhere. Now Samsung says that tomorrow, on February 21st it will make more of the $1,380 devices available online, coincidentally around the same time pre-orders will begin for its flagship lineup of phones that includes higher specs and 5G across the Galaxy S20, S20+ and S20 Ultra.

After a week of availability, if you were hoping to get a Galaxy Z Flip there may be reasons you're still optimistic about its potential or even more wary of its risks. But, if what you really need is a self-standing selfie machine with questionable levels of dust resistance and plastic-covered glass screen, keep an eye on Samsung.com as well as carrier stores and websites to find the Z Flip on sale Friday. In this article: 5G, foldable, Galaxy S20, Galaxy S20 Plus, Galaxy S20 Ultra, Galaxy Z Flip, gear, mobile, pre-order, samsung, thebuyersguide
All products recommended by Engadget are selected by our editorial team, independent of our parent company. Some of our stories include affiliate links. If you buy something through one of these links, we may earn an affiliate commission.