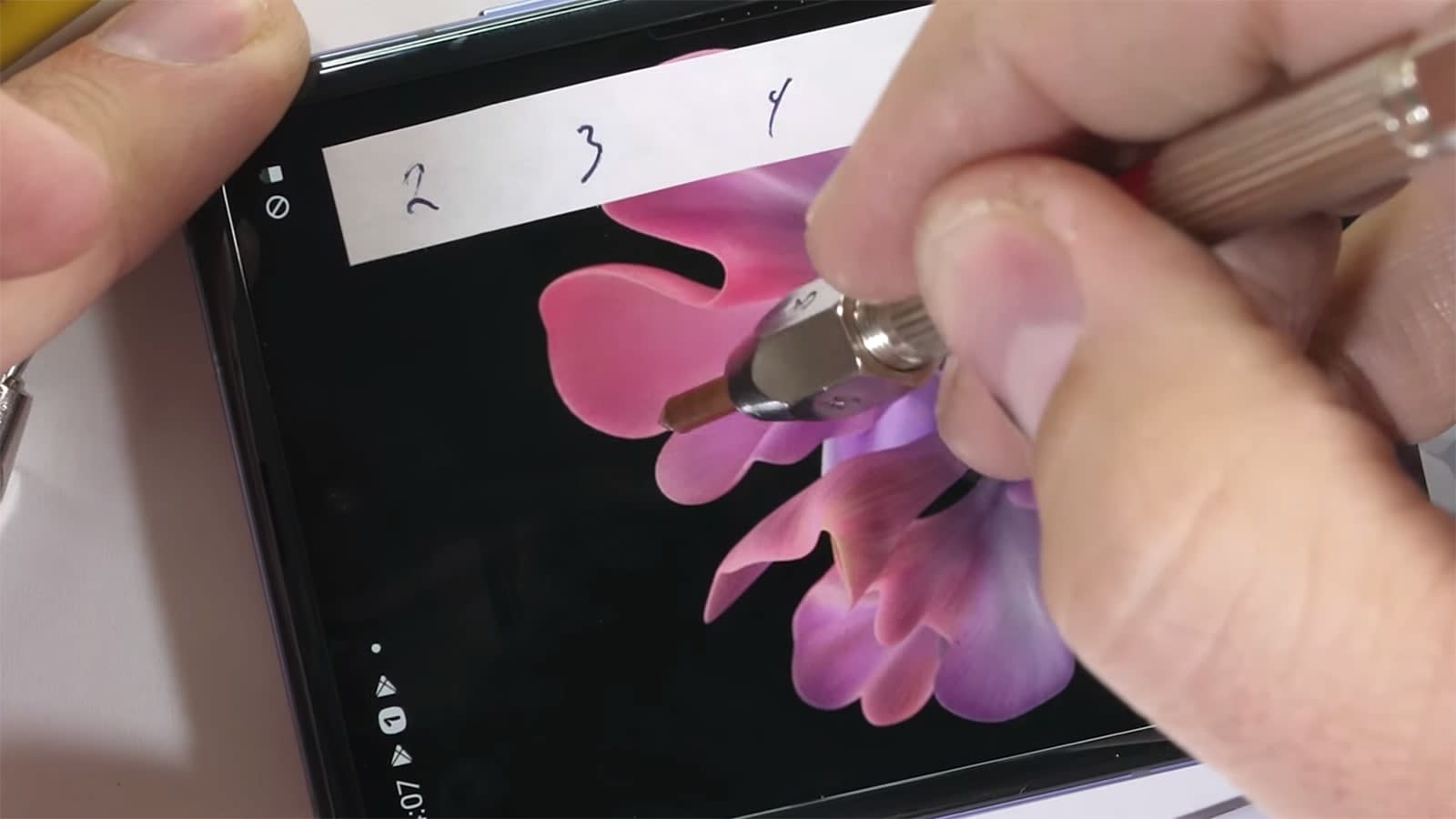 When Samsung unveiled the Galaxy Z Flip, its display's extra-thin glass drew the attention of many people. It theoretically offered a better feel and more durability than the fragile plastic of the Galaxy Fold. You might not want to get your hopes up, however. JerryRigEverything (aka Zack Nelson) has subjected the Z Flip's screen to a durability test, and the results are... unfortunate. It's just as prone to scratching as the plastic displays of the Fold and the Motorola Razr, to the point where a fingernail can leave marks. Puncture and heat tests didn't fare any better.

Nelson went so far as to suggest that Samsung wasn't using real glass, speculating that it might be a glass-polymer hybrid. This struck him as misleading -- if you describe a display as glass, shouldn't it behave like glass?

It may be more complicated than that, however. In a response to Engadget, Samsung reiterated that the Z Flip used Ultra Thin Glass to provide a "sleek, premium look and offer an immersive viewing experience." It stressed that the screen still had to be "handled with care" and that there was a "protective layer" on top of the glass. The ease of scratching and puncturing the display implies that the glass itself isn't very strong, though.

The company also revealed to The Verge that it'll offer a Fold-like one-time screen replacement for $119, and that you can also get a free one-time application of a screen protector at "select" Samsung and UBreakiFix locations.

To be fair, Samsung hasn't touted the Z Flip's screen as more durable. Its focus is more on the appearance and feel. Nonetheless, this makes clear that Samsung hasn't solved foldable screen durability yet. This is a step forward, but it could take a long while before foldables can withstand as much abuse as their conventional counterparts.

In this article: display, displays, foldable, foldable phone, galaxy z flip, gear, mobile, samsung, screen, smartphone, video
All products recommended by Engadget are selected by our editorial team, independent of our parent company. Some of our stories include affiliate links. If you buy something through one of these links, we may earn an affiliate commission.