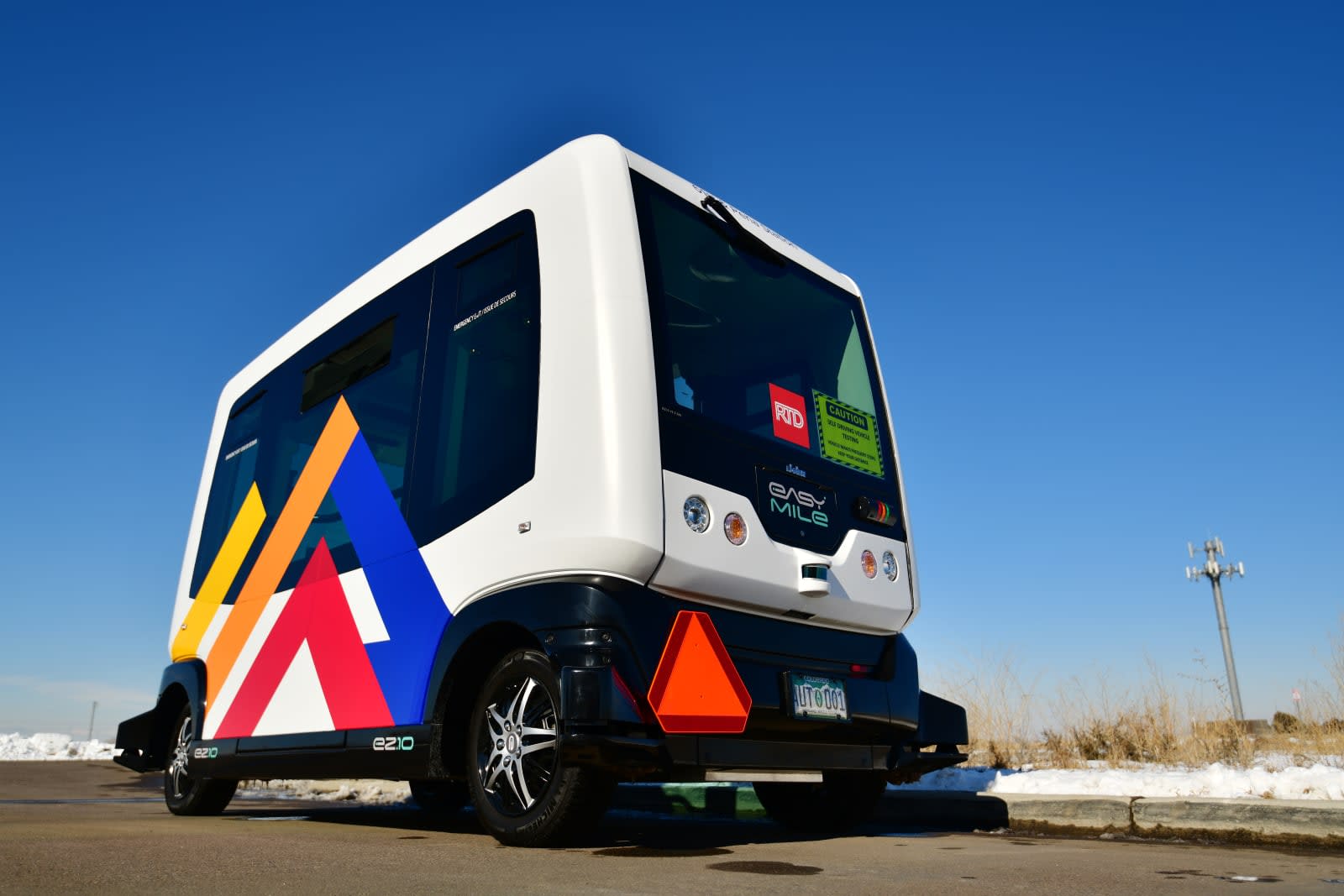 US vehicle safety regulators have suspended operations for autonomous shuttle company EasyMile after a passenger in Ohio was injured in a braking incident last week. According to the National Highway Traffic Safety Administration (NHTSA), the battery-powered bus service will be halted in 10 US states while it investigates "safety issues related to both vehicle technology and operations."

The incident -- which took place in Columbus, Ohio -- saw a passenger fall from their seat after the shuttle made an emergency stop. The vehicle has been traveling at seven miles per hour (11 kilometers per hour). EasyMile, which has pods operating in various locations, says that the vehicles are still permitted on US roads, but won't be able to carry passengers while the NHTSA conducts its review.

It's not the first time EasyMile has faced safety criticism. As Reuters reports, an elderly passenger was injured in a similar braking incident in Utah last year. Despite EasyMile's comments that its vehicles are simply performing as they are programmed to, it's clear that the NHTSA is not prepared to take any chances over safety issues, especially since it so recently came under fire from the National Transportation Safety Board (NTSB) for its role in 2018's fatal Tesla crash.

In this article: accident, autonomous vehicle, crash, EasyMile, NHTSA, NTSB, Ohio, safety, shuttle, tomorrow, transportation
All products recommended by Engadget are selected by our editorial team, independent of our parent company. Some of our stories include affiliate links. If you buy something through one of these links, we may earn an affiliate commission.