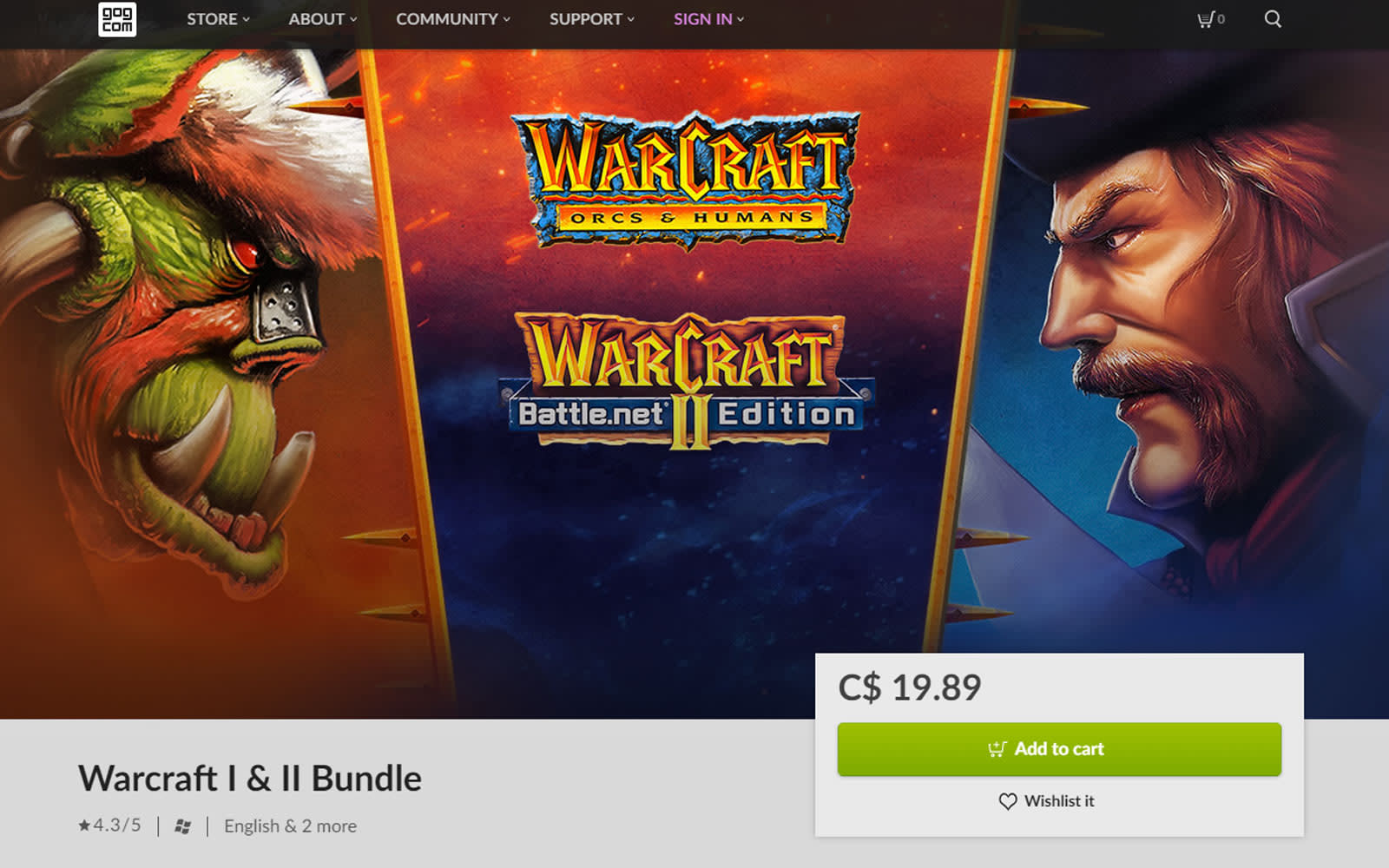 GOG is simplifying its refund process, making it easier to get your money back if you don't like a game you recently purchased. Moving forward, you have up to 30 days to refund any game, including ones you've already installed and played.

Previously, you couldn't return a game if you had already installed or launched it -- though it was possible to get a refund if a technical issue prevented you from playing the game. Notably, the updated policy includes both early access titles and pre-orders.

To put the new policy in perspective, Valve currently gives people up to 14 days to refund a game on Steam. Moreover, in most cases, it won't give you your money back if you've played something for more than two hours.

GOG plans to keep an eye on things to ensure people don't abuse the new system. "We're monitoring the effects of the current update to make sure no one is using this policy to hurt the developers that put their time and heart into making great games," the company says of the new policy. "We may refuse refunds in such individual cases." So it's unlikely you'll be able to purchase a game, finish it in less than a month and expect to get a refund. In fact, GOG says it may "refuse refunds in individual cases."

Whether GOG's new policy will push other stores like Steam to change their refund policies is hard to say. It's a different type of marketplace than Steam or the Epic Games Store. While it does sell its share of new titles, the majority of its catalog is devoted to indie titles and older games. For most people, GOG is the place they go to buy forgotten gems like Westwood's Blade Runner. It's unlikely the people playing those types of games are looking to buy, beat and return them in the span of a month.

In this article: business, cd projekt red, gaming, gog, good old games, services, thebuyersguide
All products recommended by Engadget are selected by our editorial team, independent of our parent company. Some of our stories include affiliate links. If you buy something through one of these links, we may earn an affiliate commission.