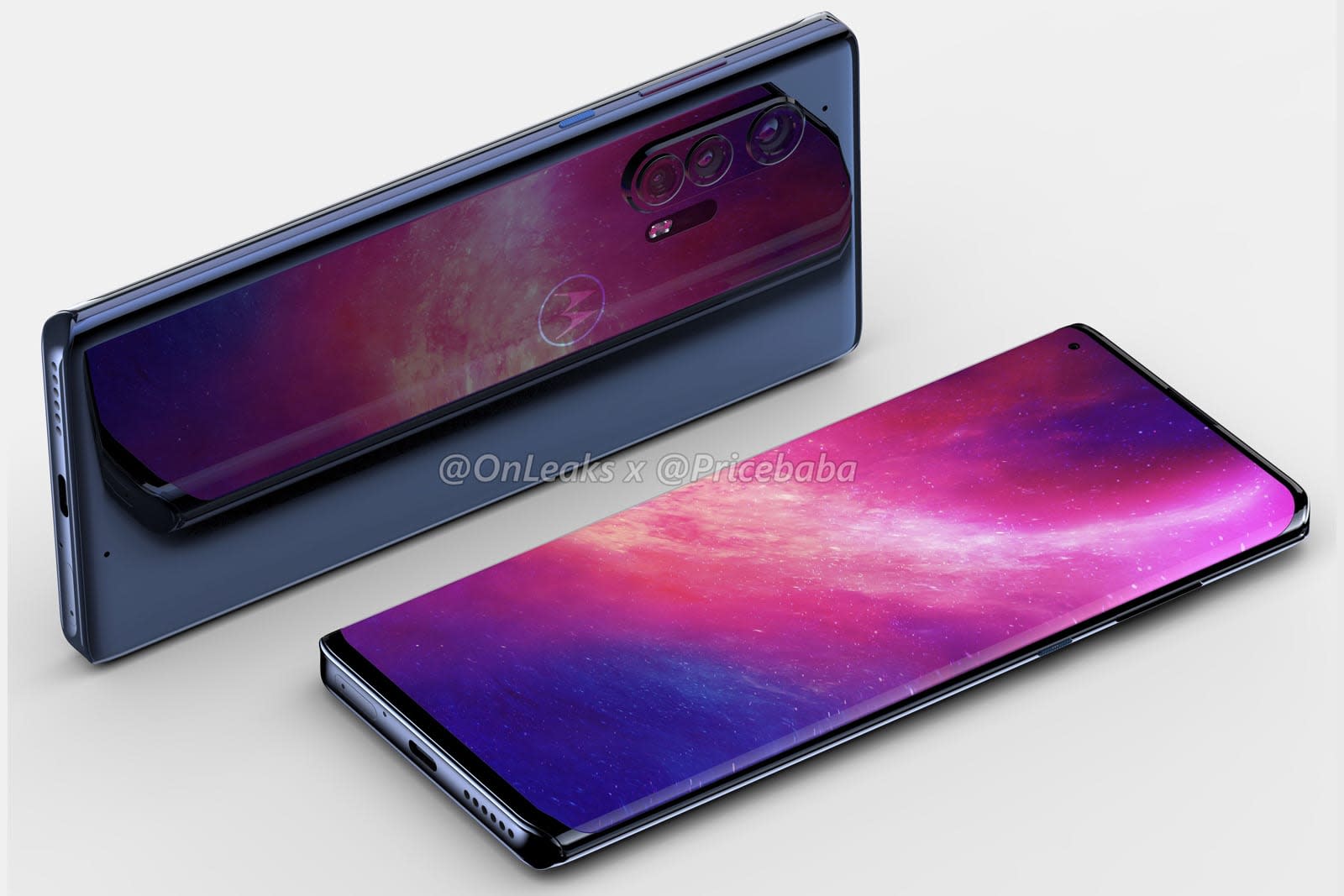 Motorola hasn't really produced a flagship-quality phone since the Moto Z3, but it might make up for lost time with a device that ticks the latest checkboxes. Onleaks and Pricebaba have shared renders of what they say is the Motorola Edge+, a 6.7-inch phone with high-end if familiar specs. Most notably, it'd revolve around a "bezel-free" (on the sides, at least) curved screen reminiscent of the Huawei Mate 30's waterfall display, albeit with a smoother 90Hz refresh rate. If the imagery is accurate, the Edge+ would also have an incredible small hole-punch camera. We can't imagine such a small sensor taking great photos, but it would be less disruptive than the camera cutouts on other devices.

The rumored specs (supported by earlier claims from XDA's Mishaal Rahman) would also make it competitive with other top-tier phones, including a Snapdragon 865, 8GB or 12GB of RAM depending on the configuration and a hefty 5,000mAh or larger (!) battery. There are also three cameras on the back that include at least one particularly large sensor, although we wouldn't count on this rivalling the Galaxy S20 Ultra or other camera monsters. About the only obvious letdown may be the 2,340 x 1,080 resolution, although that may be a deliberate choice to avoid hurting the phone's longevity.

Importantly, you might not have to bend over backwards to get one in the US. Rahman mentioned that the Edge+ is believed to be coming to Verizon (Engadget's parent company), so you might not have to buy an unlocked handset whenever this phone is ready. Whether or not the device is appealing might depend on the price -- this could be appealing if it undercuts the $1,000-plus prices of some modern flagships, but might be a tougher sell if there isn't a significant bargain.

In this article: android, edge, edge+, gear, lenovo, mobile, motorola, onleaks, smartphone, verizon
All products recommended by Engadget are selected by our editorial team, independent of our parent company. Some of our stories include affiliate links. If you buy something through one of these links, we may earn an affiliate commission.