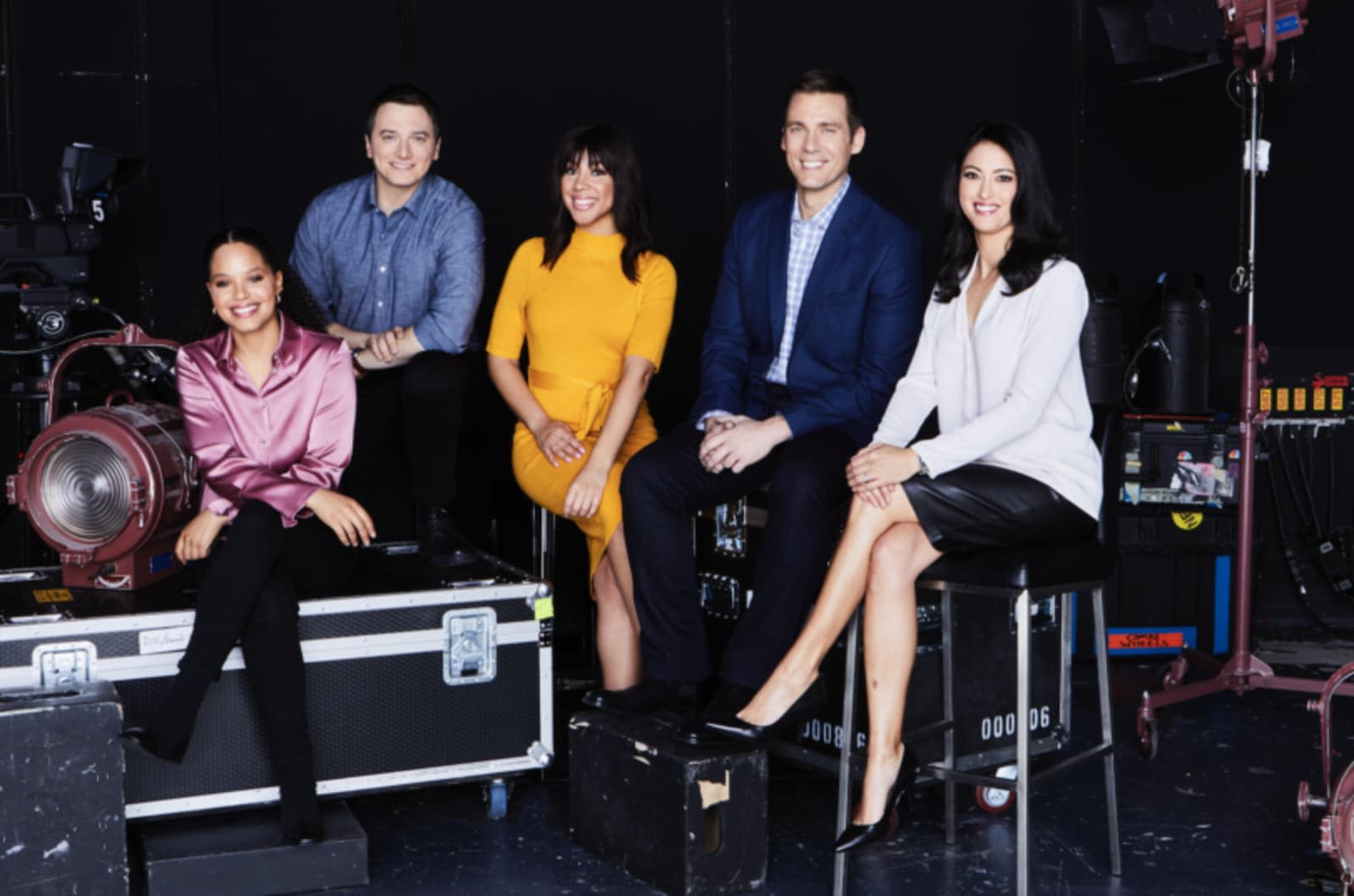 NBC is banking on short attention spans. The network's news division will host four different shows on the short-form, mobile streaming platform Quibi, when it launches next month. NBC News' strategy is to have two shows every weekday that air when viewers are most likely to tune into news recaps. The weekend shows, meanwhile, will have a narrower focus on specific issues. Each episode will run between five to eight minutes, approximately.

The two weekday shows may be ideal for the daily commute. Morning Report will be a fast-paced recap that brings viewers up to speed on the latest news and Evening Report will have deeper analysis on current stories. Saturday Report will profile the people who are driving current events, and Sunday Report will take a deep dive into a single critical issue, similar to the main section of Last Week Tonight. This strategy does seem to align with how today's viewers want to digest news quickly, and it may provide deeper insights than the often high-level blurbs found on social media.

NBC News' programs will be joined by about 170 additional shows planned for Quibi's first year of service. The mobile platform has plenty of industry backing, as well as buy-in from directors like Guillermo del Toro and Steven Spielberg. One of its central features is called Turnstyle, which allows the viewer to watch a show in either portrait or landscape mode -- and switch between the two on-demand. Engadget found the technology to be surprisingly effective at CES earlier this year, and turned some mild skepticism into excitement.

A company called Eko is suing Quibi over allegations the service used stolen trade secrets to develop Turnstyle. "Our Turnstyle technology was developed internally at Quibi by our talented engineers and we have, in fact, received a patent for it. These claims have absolutely no merit and we will vigorously defend ourselves against them in court," a Quibi spokesperson told Engadget. If -- and how -- this lawsuit affects Quibi and its shows remains to be seen.

In this article: entertainment, evening report, jeffrey katzenberg, mobile, morning report, nbc, nbc news, news, quibi, saturday report, services, short-form, streaming, streaming service, sunday report
All products recommended by Engadget are selected by our editorial team, independent of our parent company. Some of our stories include affiliate links. If you buy something through one of these links, we may earn an affiliate commission.