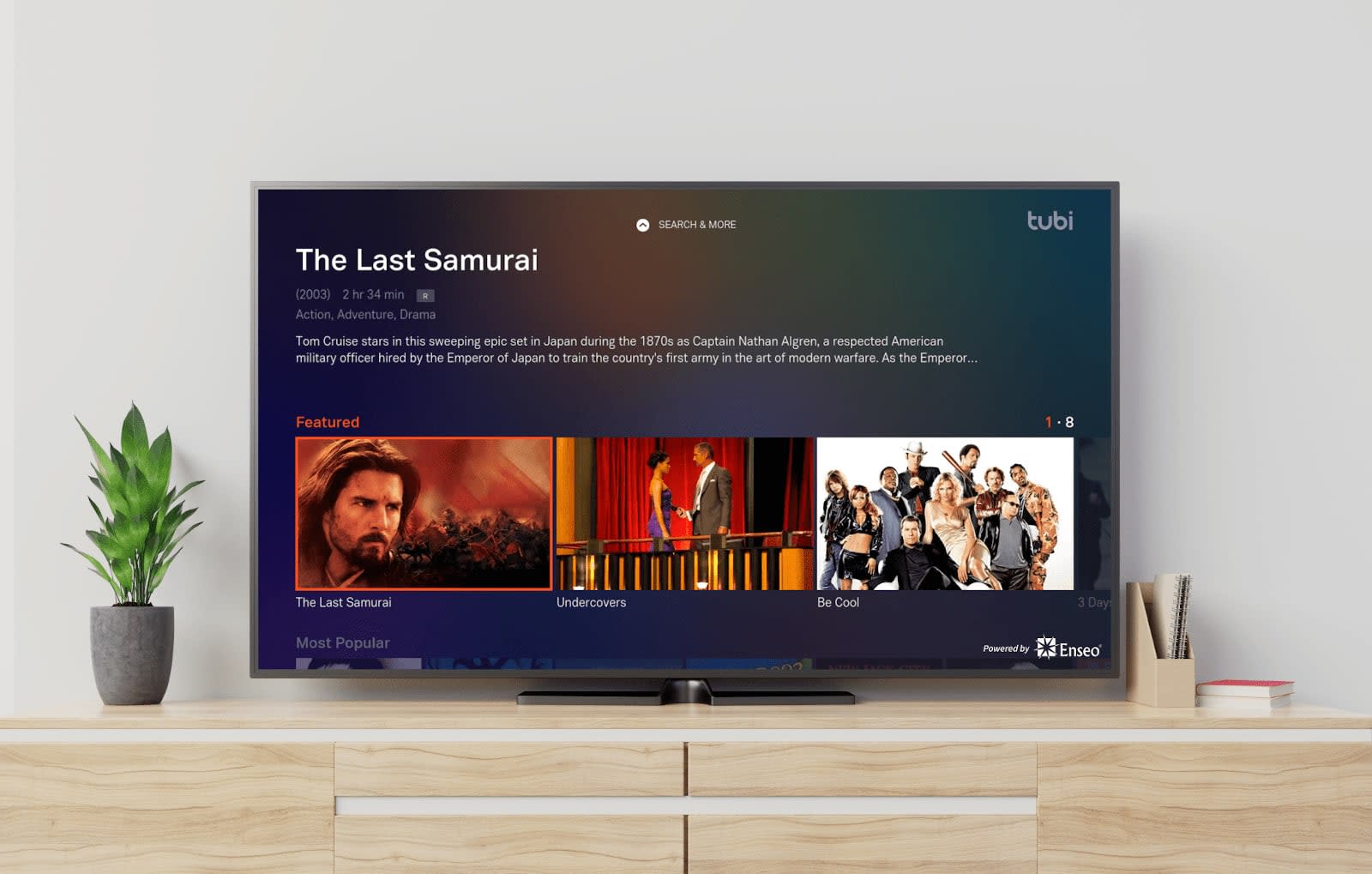 Fox has reached an agreement to purchase Tubi TV for $440 million in cash, according to The Hollywood Reporter and The Wall Street Journal. And to help pay for the acquisition, the company has chosen to sell its 5 percent stake in the Roku streaming platform. The media giant says that by selling its stake in Roku, it's "essentially exchanging a passively held minority investment for full ownership and control of a leadership position in the free ad-supported streaming market."

A WSJ report from February said Fox has been eyeing the free ad-supported streaming service for quite a while now and that the companies were discussing a deal that could be worth upwards of $500 million. While the cash exchanging hands will be $60 million less than that, Fox might have to pay an additional $50 million in deferred consideration and unvested options over the next three years.

Tubi TV will now operate as an independent Fox subsidiary. Fox says it doesn't have plans to offer original content through the service, which is known for streaming movies and TV series reruns to begin with. Instead, it will evaluate opportunities "in a cost-effective manner by leveraging [its] expertise in national and local news and sports programming." It will also use the service to provide ad partners the chance to reach more audiences, particularly younger ones, based on Tumi's userbase.

In this article: entertainment, fox, internet, tubi
All products recommended by Engadget are selected by our editorial team, independent of our parent company. Some of our stories include affiliate links. If you buy something through one of these links, we may earn an affiliate commission.