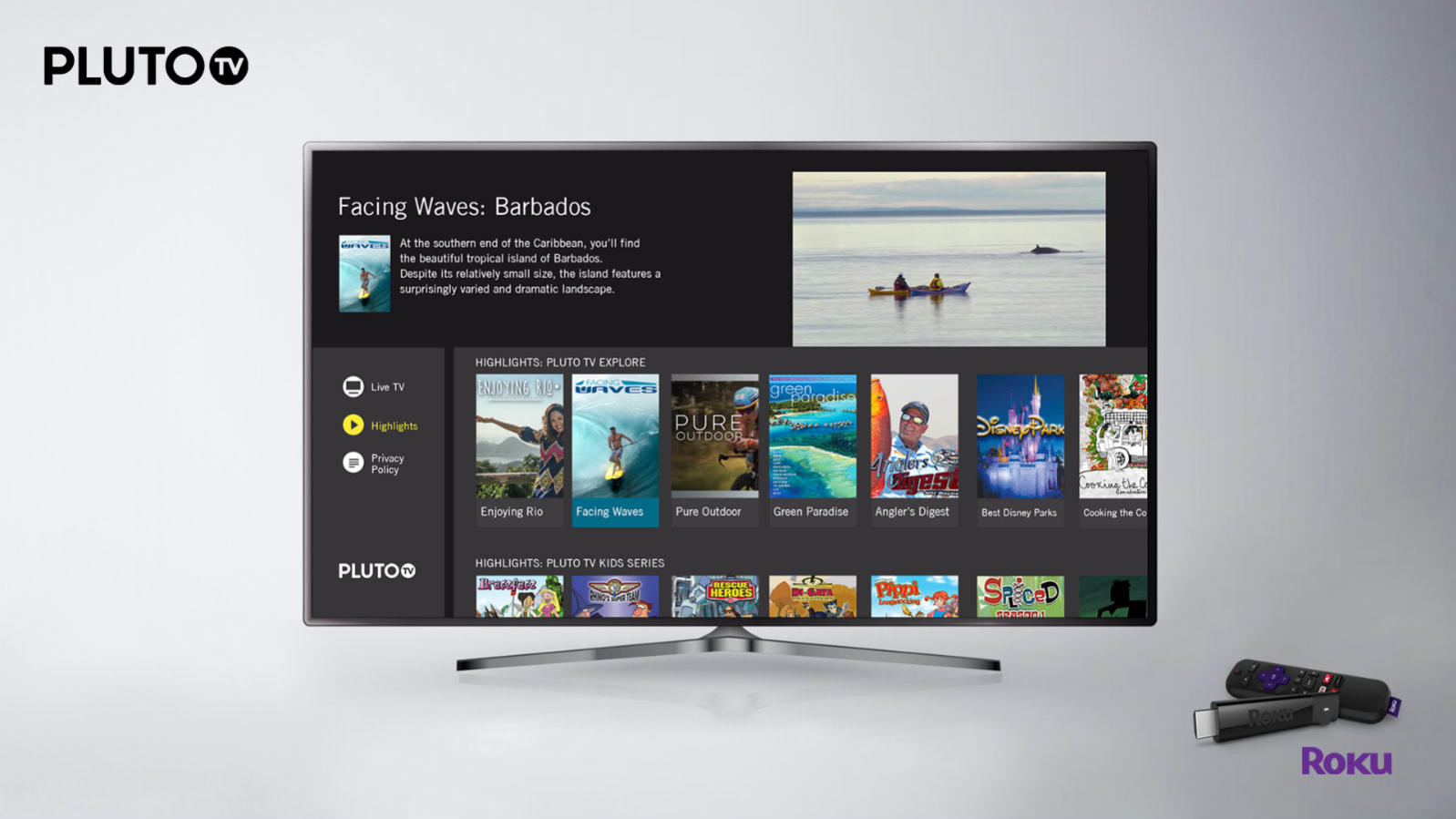 Cable giant Viacom is buying the ad-supported streaming startup Pluto TV for $340 million in cash, with plans to turn it into the home for its slew of programmes. Expect shows and films from Viacom's properties -- including Paramount Pictures, MTV, Nickelodeon and Comedy Central -- to hit Pluto TV as part of the buyout.

In its current form, Pluto TV presents internet video in a television-style format complete with live channel feeds and video ad breaks. Though the platform has previously struck content deals with Hulu and Warner Bros., its real strength lies in its access to smart TVs and digital set-top boxes. Pluto TV says that of its 12 million viewers, 7.5 million are watching on their televisions. Those eyeballs combined with the company's advertising data -- it currently splits ad revenue with the networks -- may have sealed the deal for Viacom.

Of course, the acquisition also sees Viacom playing catch up with its media rivals. With cord-cutting on the rise, the industry's biggest players have resorted to consolidations to scale up content for their big streaming bets. Last year, AT&T gobbled up Time Warner for $85.4 billion, while Disney beat out Comcast for Rupert Murdoch's Fox media empire in a deal worth $71.3 billion.

Viacom, on the other hand, has thus far played a supporting role to other streaming platforms -- its properties producing content for everyone from Netflix to Facebook Watch -- without launching a full-fledged service of its own. Last year, the company promised a streaming launch crammed with "tens of thousands of hours of content" in 2019.

Meanwhile others are also experimenting with ad-supported services to capture more customers. Amazon recently announced a free IMDB video service replete with ads and YouTube quietly started showing movies with ad breaks in November. In fact, if reports are to be believed, the humble ad break could be about to invade subscription services like Hulu and AT&T's DirecTV, too.

As for Pluto TV, it will operate as an independent subsidiary under its new owner, with its co-founder Tom Ryan continuing as CEO.

In this article: av, business, entertainment, PlutoTV, StreamingService, StreamingVideo, viacom
All products recommended by Engadget are selected by our editorial team, independent of our parent company. Some of our stories include affiliate links. If you buy something through one of these links, we may earn an affiliate commission.