16 million US homeowners have now cut the cord.

A new Nielsen study has found that the number of cord cutters in the US has grown by 48 percent over the past eight years. Apparently, 16 million homes no longer have traditional cable or satellite TV subscriptions, which means 14 percent of all households with TVs in the US exclusively watch over-the-air programming. That's still a relatively small percentage overall, but it shows a trend that could grow even more over time. Those 16 million homes are divided into two groups: one consists of older folks who mainly rely on their antenna, while the other is composed of tech-savvy younger people with subscriptions to streaming services.

According to Nielsen, the 6.6 million homes that exclusively rely on antenna have a median age of 55 and a smaller median income. They probably cut the cord or have never subscribed to cable TV in the first place as a way to save money rather than as a way to create a personalized TV experience with multiple streaming subscriptions.

Meanwhile, 9.4 million cord-cutting homes have at least one streaming subscription. As you'd expect, these people tend to have higher incomes and from a younger generation, with a median age of 36 years old. This group also tends to use social media more, but typically spend less time on the TV than the other group does. Another interesting tidbit is that there's a growing number of people within this group that's getting access to streaming services with live TV, such as YouTube TV and PlayStation Vue. That helps explain why tech giants like Facebook are investing money on live TV programming.

While the two groups sound like polar opposites, they have something big in common: they both tend to watch content on an actual TV. Clearly, most people still prefer watching on bigger screens even though mobile devices are a lot more common these days. 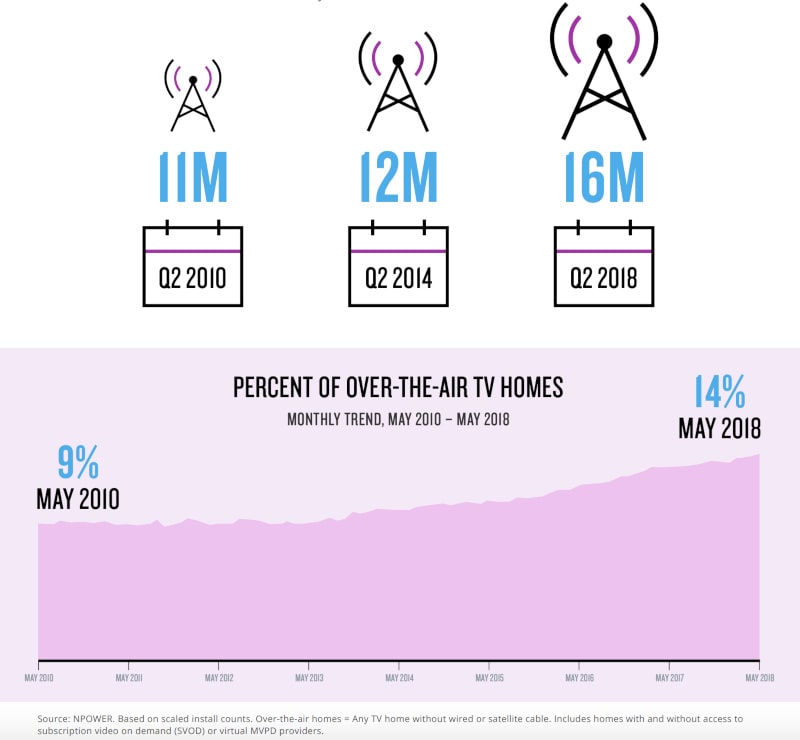