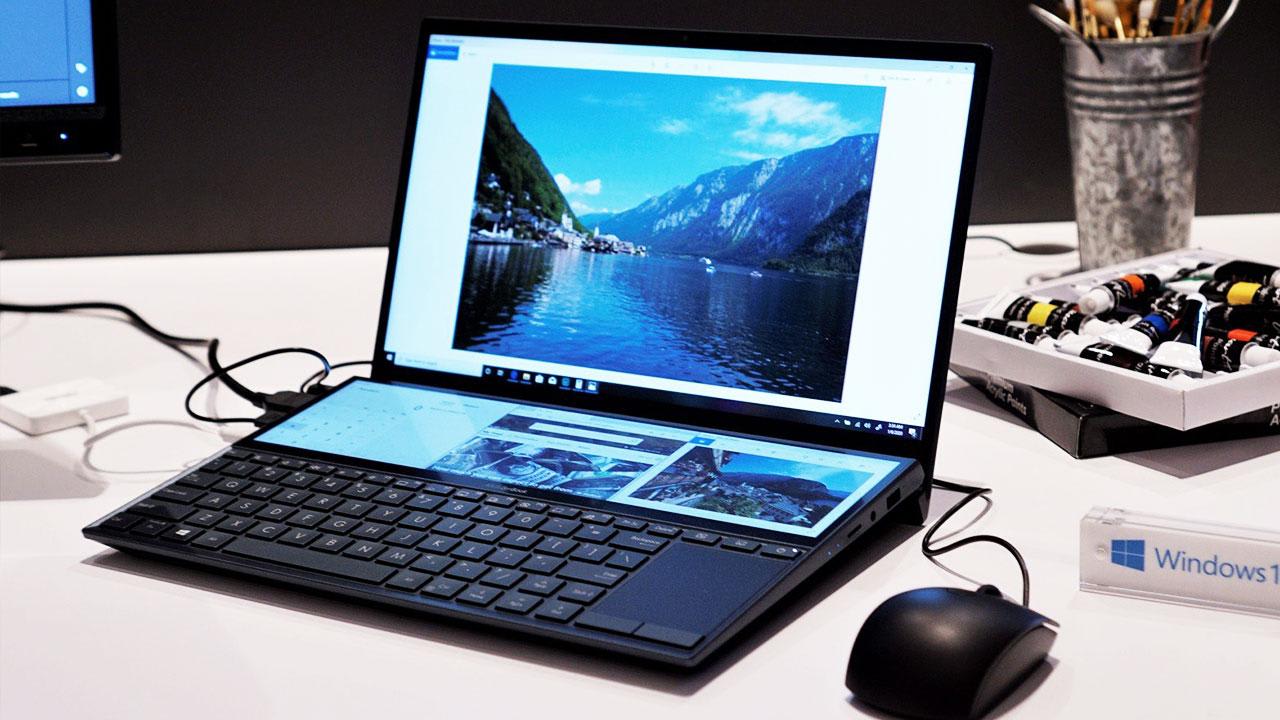 I found a lot to like about ASUS' ZenBook Pro Duo, the first notebook that managed to fit in an enormous second screen for some serious multitasking. But it also weighed a hefty 5.5 pounds, which made it tough to recommend in this era of powerful ultraportables. With the new ZenBook Duo, ASUS is offering a better option. It still has a very wide second screen (though it's around two inches smaller than the Pro Duo, at 12.6-inches), but it weighs just 3.3 pounds. That makes it just a bit heavier than the 13-inch MacBook, but instead of a small and limited TouchBar, it has a second screen that could actually be useful. 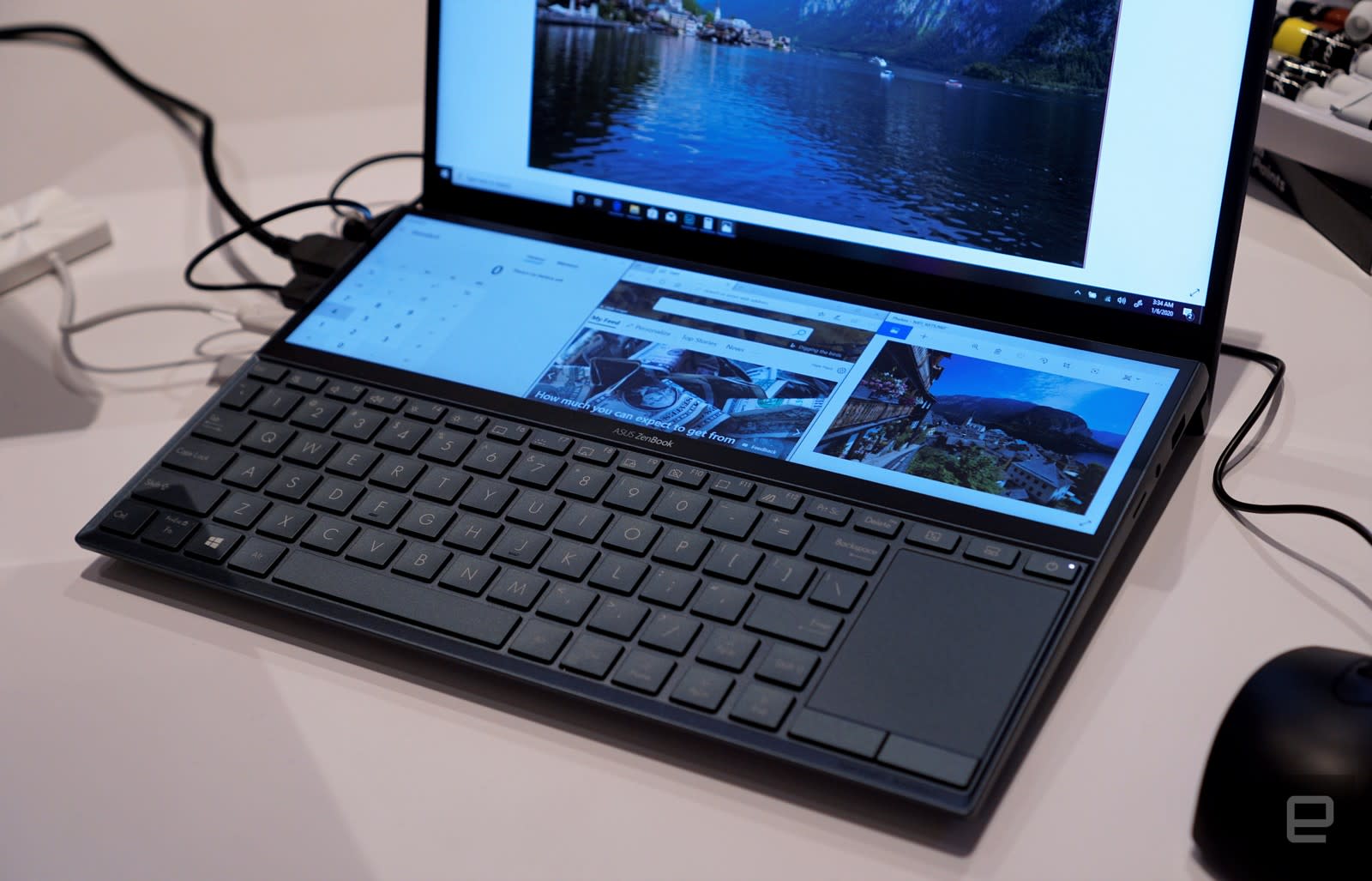 Of course, since it's in a much smaller case, the ZenBook Duo doesn't have nearly as much computing power as its older sibling. It only has NVIDIA GeForce MX250 graphics, which is better than plain old integrated hardware, but not nearly as beefy as the RTX 2060 in the Pro Duo. You'll probably be able to play some less demanding games like Overwatch, but it's not going to be very capable for more demanding titles. It's also powered by the latest Intel 10th-gen processors, and features up to 16GB of RAM and a 1TB SSD. And if you're working with graphics, you'll probably appreciate the Pantone-validated 1080p touchscreen.

Whereas the ZenBook Pro Duo felt like an experiment for what's possible with a large second screen, the Duo feels more useful. It's light enough to carry all day, and it has all of the dual-screen functionality we saw before. You can drag windows back and forth from the displays; show up to three windows in the bottom area; and take advantage of shortcuts to swap items between screens.

During my brief demo with it, the ZenBook Duo didn't feel much different than other premium ultraportables. It still has ASUS' sturdy build quality, with a sleek and smooth metal case. And it also has plenty of ports for pro users, including two USB Type-A connections, one USB-C, a full-sized HDMI port and a miniSD card slot. The front-loaded keyboard takes some getting used to, though, and I can see myself getting frustrated by its tiny vertical trackpad.

While the ZenBook Duo is still a slightly tough sell for shoppers looking for the thinnest and lightest laptops possible, it's at least in a better position than the Pro Duo. ASUS says the ZenBook Duo will be available sometime in the first quarter. And while we don't have pricing details yet, we hope it won't go for much more than other premium ultraportables.

In this article: asus, CES2020, dual-displays, gadgetry, gadgets, gear, personal computing, personalcomputing, ZenBook Duo
All products recommended by Engadget are selected by our editorial team, independent of our parent company. Some of our stories include affiliate links. If you buy something through one of these links, we may earn an affiliate commission.